Mannar Mass Grave: Cease excavations as it is a crime scene plus an archaeological site 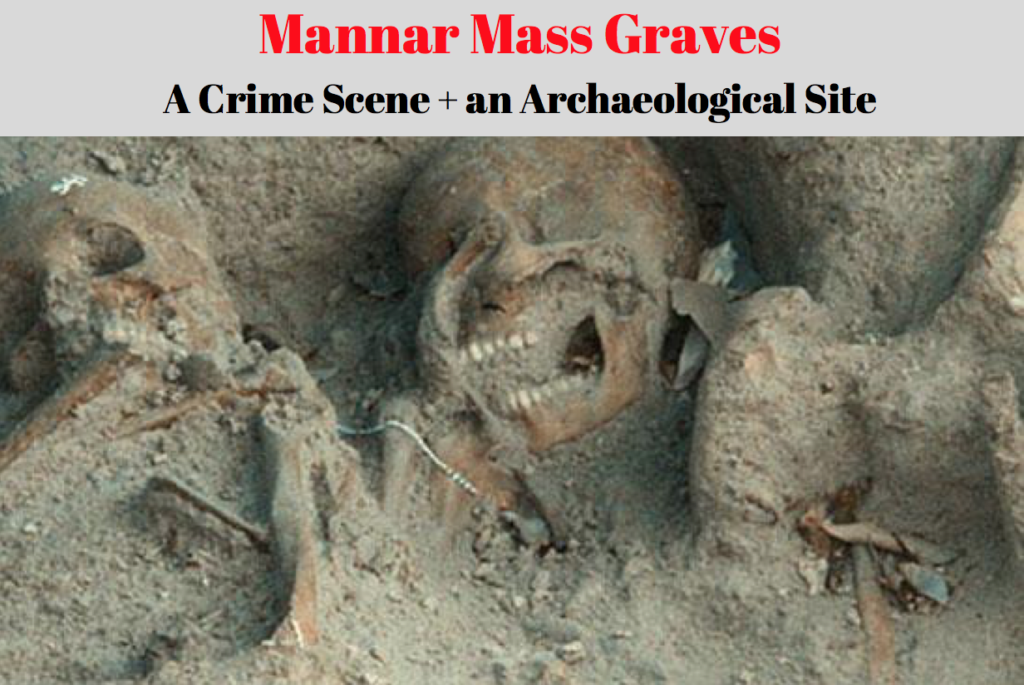 On 2 grounds no more excavations should take place in Mannar, Sri Lanka. Firstly, the area where the Mannar skeletons have been found which include women and children is a place of a crime where people have been murdered. We all know what happens when a murder takes place & the area is sealed with no one allowed to enter or remove anything from the site. Secondly, given that the US lab tests have revealed that the skeletons belong to a period that covers Portuguese & Dutch rule. It is therefore an archaeological site. That both former colonial invaders carried out mass murders and plunders is evident in their own records however this is the first time that a mass grave has been discovered, therefore it needs to be protected by the State & ensured that no excavations of the site is allowed to continue.

When the mass graves were first discovered it was early xmas for the LTTE lobby and the bandwagon of others who had been drumming false figures of dead. With many questioning who the dead are & where at least the skeletons are, for 9 years the LTTE lobby & the media & NGO circles have been praying for some luck to come their way. The discovery of the mass graves was the opportune occasion for them and they spared no time in preparing the scripts for documentaries, handouts for Geneva UNHRC sessions, they even rounded up people to claim them victims of the family. The President of the Mannar District Women’s Organization Office Maha Lakshmi even sent blood samples of these supposed family members abroad too. The most embarrassing part of the drama came in the mannar that British & German envoys darted off to Mannar to overlook excavations. Would they take offence if other foreign envoys poked their noses into a crime scene in the UK or Germany? In vain the journey & the hours in the hot sun!

The samples sent to the Beta Analytic Institute, Florida USA for carbon dating report finally put a seal to a lot of lies & drama that were being weaved all with the explicit intention of aiming at accusing the armed forces of Sri Lanka & to charge them with war crimes & genocide. Now that we know these crimes were committed by the Portuguese & the Dutch why is everyone silent and unwilling to seek answers from the Portuguese & Dutch Govts or at least their envoys in Sri Lanka? Well, that’s called politics and none of those that wrote countless articles before the US lab results arrived brainwashing readers into thinking the culprits were the Armed Forces of Sri Lanka have bothered to apologize for the wrong inferences made. That is nothing to be surprised about throughout the conflict too the scale of lies churned regularly was unbelievable. Twisting facts & plugging sensational stories was the norm and the Mannar mass graves afforded another opportunity for mischief.

However, there are some more samples locked in the Mannar Magistrates Court & given that this is a crime scene & that it is also an archaeological site the law for a crime scene plus the law applicable to Protection of Archaeological Antiquities apply and therefore, even if the Govt is not bothered a public litigation case must be filed to stop any more excavations of the area & it should be preserved by the Archaeological department. These have historical value.