MCC Sri Lanka: ONLY ENGLISH (no Sinhala/Tamil) in E-Land Registrar violation of LANGUAGE provision in Constitution

That MCC has undergone various stages of approval or observation prior to finalizing the document certainly questions how far our own are interested to view a bilateral document and appraise it considering the advantages and disadvantages to the Country & the People. While MCC has chosen to plug itself to foreign programs already commenced with foreign funding, MCC has also started ventures before signing the Compact. One such is the e-registrar, electronic scanning of deeds and cadastral mapping all being done by US firms or private parties selected by the US embassy. How many of our own associated with this project even those in the AG’s department as well as the members of the Bar Association have saw fit to question the LANGUAGE COMPONENT and why everything is being done ONLY IN ENGLISH in a country where over 75% are NOT ENGLISH LITERATE?  Why should the nation’s ROOTS held in the current DEED system have to be put into a FOREIGN-OWNED/CONTROLLED ENGLISH ONLY e-land registry omitting Sinhala & Tamil language rights?

There are a few problems in this scenario.

Firstly, all our land records – some 200,000 books in 45 land registries covering deeds of millions of people are in either Sinhala or Tamil ONLY. Even the handful of deeds written in English are next translated into Sinhala or Tamil and entered. The entries are ONLY in Sinhala or Tamil. 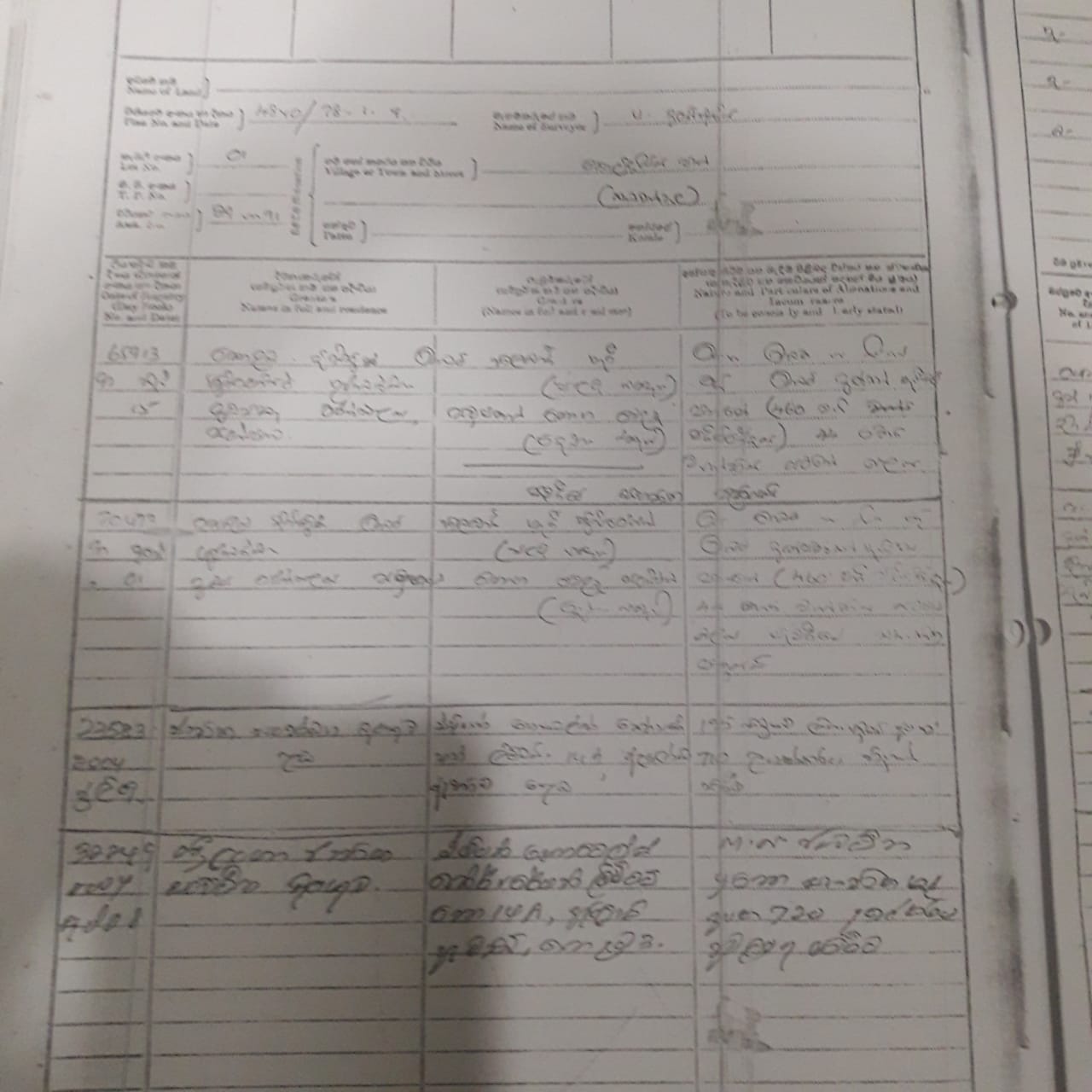 ex: the 4thcolumn has the former owners details which becomes relevant for any legal cases. With the new title registration system in e-land registrar ONLY the present owners or rather only ONE SINGLE owner’s details are included and this issue arises for deeds that are co-ownership etc.

Secondly, this foreign imposed e-registrar is designed in English with details to be entered in English and anyone accessing it must be able to read & understand English.

Thirdly, if the private parties who are handling the e-registrar are entering in English, it essentially means they have to translate to English what is in Sinhala & Tamil. Who is doing this translation, is it signed off by a sworn-translator of the Government? If not, how credible and valid are these translations?

Fourthly, how many in Sri Lanka are NOT English literate and have NO access to computer or internet to see the status quo of their land records?

Lastly, how are these foreign/private parties translating the Nindagam/Devalagam and Ola Leaf entries into this e-land registry? This is the most frightening aspect of this ENGLISH-ONLY FOREIGN CONTROLLED E-LAND REGISTRY!

The statistics does not look too good. Can 2million farmers know English enough to browse their entry in the e-land registrar from time to time even and see if any hanky panky has happened? How many of these 2million people can even afford to pay someone to look up their details and what a tedious and unfair task this is? Isn’t this woe relevant to many other non-English speaking players providing key source of income to our GDP like estate workers and garment workers as well as fishermen etc?

Didn’t the policy makers and even the Bar Association see this violation staring at them. As people who ‘know the law’ do we need to remind them of the constitutional provisions?

Article 12 and Article 18. Article 18 of the Sri Lankan Constitution declares Sinhala and Tamil to be National Languages of the country while adding that English will be a linking language.

Article 12 of the Constitution guarantees that no personal shall be discriminated based on language.

The Bar Association of Sri Lanka cannot be sitting on this important factor. No foreign funding can jeopardize or marginalize our People and violate the country’s constitution.

It is unfortunate that the officials who met the President yesterday (30 Jun) did not bring up this English only factor when discussing the e-land registry fraud. It certainly questions with what public interest every public official is actually working!

The e-land registry cannot be controlled by or under the patronage of any private or foreign party. It must be handled and owned by Sri Lanka and the relevant ministry with our own IT experts trained to handle such.

That the e-land registry is under foreign control is a dangerous aspect for Sri Lanka’s land records and land history given that the ownership details of the past is being subtly erased while translated from Sinhala/Tamil to English expecting the majority of non-speaking English/non-computer literate/non-owning computer/laptop populace to be comfortable in accepting this alien system simply because it comes with some foreign funding. This is a constitutional and fundamental rights violation of the common Sinhala/Tamil populace who make up the majority of the 20million populace and who contribute to the GDP toiling hard to do so. Expecting them to adjust to a foreign language disregarding Sinhala and Tamil is legally flawed and fundamentally wrong and this must be immediately taken up and solved.

Bottom line is no country’s e-land registry where the majority do not speak English can be in English violating the fundamental rights of the Sinhalese & Tamil speaking populace.