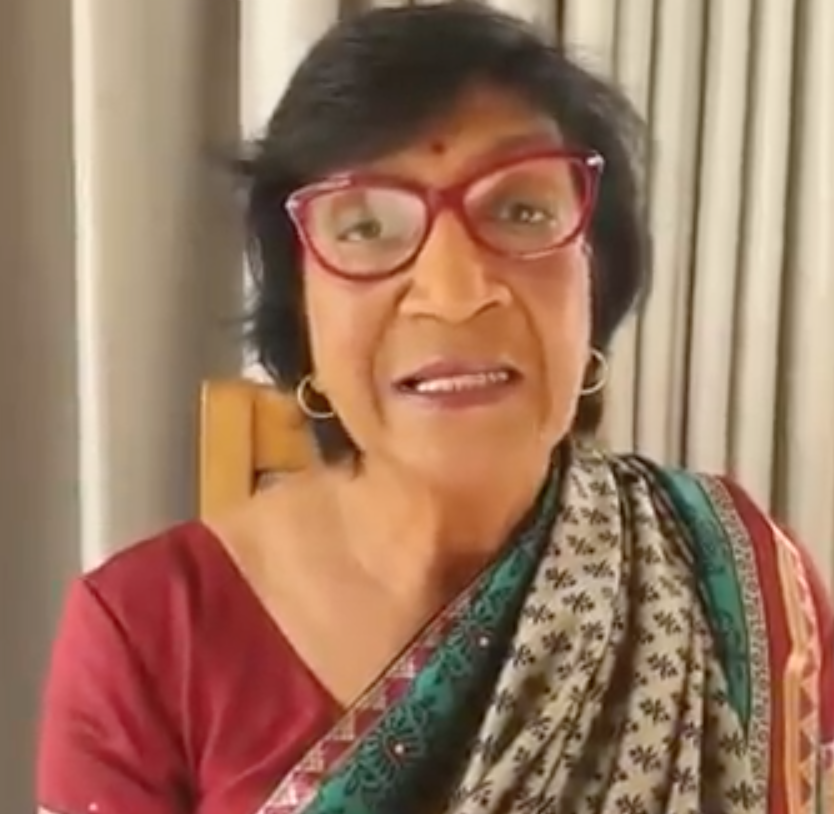 Navi Pillay has finally crawled out of the woodwork. On 20 May 2020 the former head of the United Nations Human Rights Council finally showed off her true colours reading out a script which proved beyond doubt her bias ‘remembrance of the Tamil victims of war in Sri Lanka that ended on 18 May 2009’. She has sealed her bias by these lines in completely ignoring the Sinhalese, Muslim and even foreigners who were victims of LTTE. As Head of UNHRC when she prepared herself to seek revenge against Sri Lanka for eliminating a terrorist movement, as an ethnic Tamil herself, it was only ethical for her to recuse herself based on the logic that you cannot be the judge of your own case. However, she proceeded to go beyond her mandate to investigate for the first time a country that had ended a long lasting conflict which even the UN or foreign mediators had failed to achieve. It is now clear that she has violated legal dimensions within the UN apparatus by using the personally commissioned report of the UN Secretary General as the basis for her oral and written statements promulgating an investigation against Sri Lanka’s national army. All of these actions by her have been with bias, revengeful intent, hatred for the Sri Lankan National Army and is a far cry from the justice she was paid to deliver by UN members. Her public statement thus clearly exonerates the Sri Lanka Armed Forces of all crimes falsely framed against them by her abusing her office. It is still not too late for her role as UNHRC head to be investigated and the GoSL must demand the UN do so. A far cry from justice has been her self-exposed bias against Sri Lanka.

She says “close to 146,000 Tamils lost their lives during the last 6 decades”(60 years). She never made such a statement as head of UNHRC – from where is she plucking these figures?

She says “we honor the Tamil victims”– now we can understand why she did not wish to see a single Sinhala or Tamil victim. It is more than clear now why she did not even acknowledge the details of the 5000 Missing in Action letters sent to her office by families of Sri Lankan soldiers.

She says “we inspire to continue our struggle for justice, freedoms and reparations for their losses” – now all of her statements since 2008 makes sense. There was a joke during her rule that even a dog couldn’t die as she was waiting to pounce and place blame on the Rajapakses!

She speaks proudly about the UN investigation against Sri Lanka of which her role in framing bogus charges giving OISL coverage beyond the date supposed to be covered was to look for any avenue to frame charges against the Government that destroyed the LTTE and the military commanders that did so. If any perpetrator is to be brought to justice, the UN must tender an apology to Sri Lanka and investigate the abuse of office by Navi Pillay as head of UNHRC.

She brings up the Presidential Pardon of Sergeant Sunil Ratnayake claiming it to be a ‘cynical move’. She has a right to her biased opinion and a President of a sovereign country does not require to take her permission to give presidential pardons for a case that was politically motivated. It is unfair to put a person in prison for life based on hearsay evidence as was the case with this sergeant. But this was exactly what Pillay was aspiring to do by bringing a bogus witness protection scheme for the OISL granting 20 years anonymity to the ‘witnesses’ that would testify against Sri Lanka’s armed forces. This meant that soldiers accused by her office for war crimes would land up in prison and have to wait 20 years to be told that there was no such real witness or evidence! How many Sunil Ratnayake’s did she plan to throw into prison using this 20 years anonymity hokus pokus?

She says ‘Tamils in Sri Lanka continue to suffer all kinds of prejudices, discriminations and violations of their human rights’ – we challenge her to produce one evidence of where Tamils are constitutionally or legislatively discriminated. We can produce enough of evidence to show what Tamils enjoy. The previous Tamil Governor of Central Bank Sri Lanka ran away looting the country and continues to live a fugitive. The Tamil foreign minister we had was killed by LTTE.

She says ‘lands stolen by the military has still not been returned’ how many of them actually have original land deeds to demand land? Simply shouting return land is no legal basis to acquiring land sans original ownership.

She says Tamil language excluded from national anthem. The national anthem was always sung in Sinhala. Its constitutionally enshrined. That was illegally changed in 2015. There is no requirement for one country to have 2 national anthems. It should be sung as it has been sung. Singing or not singing it makes no difference to anyone who is a traitor to the nation.

She says 200 people still in detention. Is she referring to LTTE combatants who refused to be rehabilitated? Why is she speaking on behalf of them?

So the supposed to be unbiased Pillay has become a crusader for the rights of the Tamils seeking ‘collective action’ for reparations and redress. We can now understand why the OMP was set up and this calls upon the Govt to immediately address the elements inserted into this Act that is attempting to drain Sri Lanka’s tax payers to compensate for LTTE combatants and their families.

Navi Pillay was appointed head of UNHRC in 2008 at a time when Sri Lanka had just liberated East Sri Lanka of LTTE and was preparing to move northwards. We can now understand her anger at the prospect of LTTE seeing its end. As UNHRC head she was in a position to deter the eventuality.

We can now understand why she visited only North Sri Lanka in 2013 and saw only Tamil victims and not Sinhalese or Muslim victims of LTTE terror. The mahaveer widow she met then was Ananthy Sasitharan the wife of a LTTE senior leader Ezhilan who contested elections from the TNA and the same woman is a co-speaker at the May 2020 function in which Pillay is due to speak.

We can now understand why she paid scant interest in finding the whereabouts of the 5000 Missing in Action Sri Lankan Soldiers whose families had filed petitions with her office. No official statement was issued by her. She never thought fit to meet one single widow of a missing Sri Lankan soldier.

We can now understand why she was hesitant to denounce LTTE, why her statements had nothing about LTTE abductions of children as child soldiers, why she even went to the length of criticizing GoSL appointments of ground commanders who defeated LTTE – all beyond her mandate.

We now realize why she never wished to stop the 350 plus “Eelam Madrasasa” operating across Europe indoctrinating hate against Sinhalese. She never commented on LTTE using cyanide capsules or asking children to commit suicide. She didn’t demand LTTE to release children, to demanded LTTE release children and old people kept as hostages and human shields. She never spoke a word about LTTE killing Tamils nor made any attempt to investigate such. She never applied 3 and 4 Geneva Conventions/Additional protocols against LTTE violations.

No wonder she didn’t accept how Sri Lanka Armed Forces saved close to 300,000 and accepted surrender of close to 12,000 LTTE combatants if they had been firing at the no fire zone since 21stJanuary 2009?

No wonder she was annoyed when the GoSL proscribed LTTE fronts in April 2014 under UNSC Resolution 1373 and it is quite hilarious how 11 years later she is attending their very function to commemorate LTTE dead. What an expose this is.

No wonder she did not chose to weigh how far Sri Lanka had weathered terrorism inspite of peace talks, negotiations and even foreign interventions (India & Norway) all proving failures. No wonder she insisted on an investigation she would oversee. The need to recuse from taking up the issue of Sri Lanka being an ethnic Tamil was raised but UN chose to ignore this. You cannot be the judge of your own case. She as a Tamil was sitting in judgement. How legally fair was this?

While the UN Secretary General Ban Ki Moon commissioned a 3-member panel to appraise him of the last 3 months of the conflict, this report was not mandated by the UN Security Council or the UN General Assembly. It was a personally commissioned report.

Ban Ki Moon’s personal report was leaked but the UNHRC former Head quoted extensively from this without tabling it in the UNHRC/OHCHR to the UNGA or UNSC. If she believed Sri Lanka had committed wrongs why didn’t she table the report and produce evidence to the UNSC or UNGA? Pillay went on to quote extensively from pro-LTTE sources.

We have also not forgotten the 2014 incident of the LTTE combatant arrested with signatures on blank UNHRC war crimes submission forms with OHCHR logo being collected by instructions from TNA advisor Sun Master who was associated with the US embassy political affairs officer Mike Erwin.

Of course we do not doubt there could have been wrong doings – every army has sour grapes, but these are individual cases and there are military tribunals to address the issue but only after producing prima facie evidence. Propaganda cannot charge an entire National Army of war crimes.There cannot be restorative justice for LTTE armed non-state actors and retributive justice for the National Army who was only doing its national duty to defend/safeguard the nation & its citizens.

We can now understand why Pillay made some controversial picks for the OISL investigations – South Sudans’ expelled UN officer was one and the other was accused of accepting bribes by Albanian mafia to deliver Kosovo independence. So did Pillay harbor ideas to turn Sri Lanka into a Kosovo!

The biased Moon report resulted in the bogus figure of 40,000 dead going viral but even 11 years on no one can yet name the dead. As we have repeatedly said and we are again repeating

The LLRC Report declared 22,247 LTTE of which 11,812 were identified with names. The remaining 10,435 LTTE dead had yet to be named in 2011 – but these 10,435 LTTE dead cannot be commemorated as dead civilians by LTTE fronts lighting candles every year and crying their way to fatten the LTTE kitty, as this is a super means of camouflaging their illegal international money making ventures which are now able to entice quite a lot of high profile personalities.

Without providing answers to these basic questions how dare the UN call Sri Lanka’s National Army as war criminals?

What is this big justice UN is speaking about when funding and lobbying silences all truths and instead drums propaganda of sensationalism, hype and lies? What is more alarming is that the terrorists and their lobbies have infiltrated international offices and are influencing appointed members who should function with impartially.