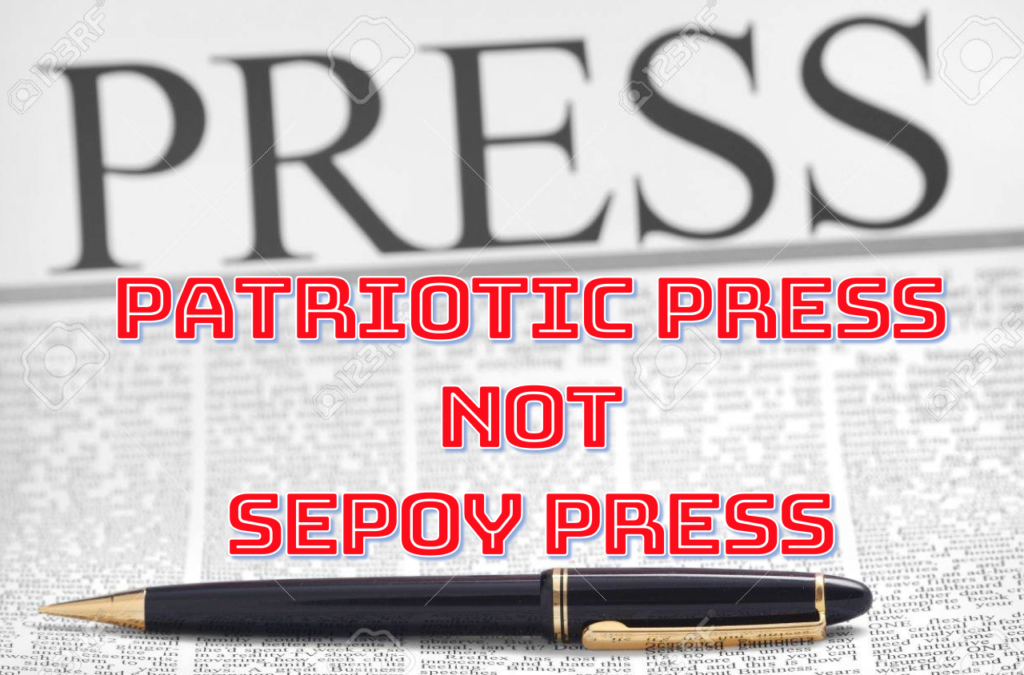 The massive mandate received from the people should not be obstructed by sepoy scribes who have infiltrated the high places of the Editorial staff and always writing to please embassies of western countries & NGOs with anti-national, anti-Sinhala, and anti-Buddhist narratives. There is a well-funded campaign to vilify Buddhists & Buddhism in particular by the private owned mainstream English newspapers giving a platform to writers using pseudonyms. While writers using their real names can be challenged, people throwing stones hiding behind a bogus name cannot be held accountable for the malicious & vindictive manner they write. In such a scenario, it is the editors of these mainstream newspapers and even web journals who have to be held to account as they know the identities of the cowards who do not wish to say what they want to say openly but do so hiding behind a false name. This ugly practice must stop. The Media Minister & the new Government must also look into the grievances of the majority and one key area is the denigration the majority is subject to in all forms of communication channels. Strict rules and regulations must be issued to the mainstream media channels with regard to attacking Buddhists and Buddhism using pseudonyms and hiding behind ‘freedom of press’ ‘rights of media’. The Sri Lankan Press must be sensitive to all readers. Name calling and ridiculing 2/3 of the people of Sri Lanka by cowards is not acceptable.

Who are these cowards writing & bashing Buddhists & Buddhism using pseudonyms?

This is nothing but biased and unethical gutter journalism at play.

The mainstream English newspapers are circulated internationally and end up being the main source that individuals and organizations refer to. If the international community have an adverse opinion against the majority in Sri Lanka, the Sri Lankan press has to be held accountable in view of their role in vilifying the majority Sinhala Buddhists.

The manner the editors and the owners allow scribes to ONLY ridicule and denigrate the majority Sinhala Buddhists is nothing they can deny. A content analysis will reveal the derogatory nature of Buddhist bashing press, the editors facilitating the bashing and the scribes given a forum to do so.  To add to injury the editors do not even allow right of replies or even opportunity for new writers. The same columnists have been writing for decades. Dictatorial nature of editorial positions can be assuaged in the manner main editors have also been glued to their seats while they lambast politicians for not retiring!

In a country with 74% Sinhalese – the Buddhist opinion is purposely suppressed and even Poya Day supplement write up by English mainstream private newspapers is given to a non-Buddhist or a pseudo-Buddhist to question Buddhism or put forward some uncouth opinion. How many editors are Buddhists? How many writers are allowed to put forward Buddhist opinion? Thankfully the alternate media and social media have enabled the Buddhists to challenge the injustices. Soon the print media, already in decline, will realize that they will have no circulation or purchase of their papers because they carry the same old vindictive opinions of writers and the same denigration and offer people nothing new to think about.

Given that the Press Complaints Commission is under the Media Minister and a Code of Professional Practice binding newspapers, publishing companies, editors, journalists and contributors for print & online exists, the Minister must clearly issue a circular banning pseudonym writers bashing Buddhists/Buddhism.

If they want to bash Buddhists/Buddhism come into the open and do so, without being cowards, hiding behind the editors and throwing stones via pen.

“shall not knowingly or willfully promote communal or religious discord or violence. The conclusion of the article declares ‘

“The Press must avoid prejudicial or pejorative reference to a person’s race, color, religion, sex or to any physical or mental illness or disability’.

Use of pseudonyms by scribes only displays their moral cowardice seeking cover under a fake name and throwing stones.

No country allows mainstream press to give a platform to scribes to bash the majority using a pseudonym. Sri Lanka should not either.

The media minister must appoint a national media commission and release report along the lines of 1964 Press Commission Report. 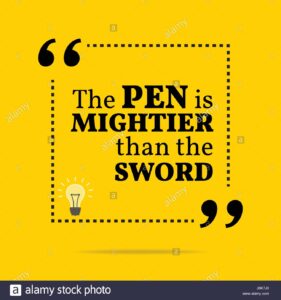 War of arms is over in Sri Lanka.

The soldiers did their part magnificently

Now is the War of words

It is the task of the patriotic writers to defend the Nation using the pen.

The Govt must recruit a team of such writers.

The pen army will be Sri Lanka’s next defense.

They must dictate the narrative which has been unfairly held by sepoy press, lascoreen journalists & coward scribes.

Patriotic forces of Sri Lanka must be on top in the war of words.

Sepoy Journalism must be replaced with Patriotic Journalism.