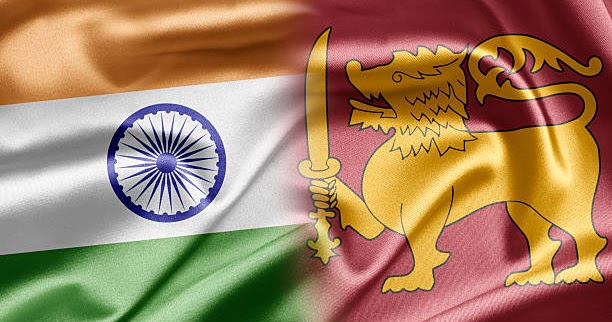 Relations between India & Sri Lanka has had their highs and lows since ancient times. The present resent & animosity by most in Sri Lanka against India has valid reasons. As two sovereign nations, there are certainly protocols to respect & follow and size should not matter. No country or its people would like to feel bullied by a larger neighbor simply because of its size. Let’s not forget that the country we call India came to be christened only in 1947 by Colonial Britain, which adds weight to Sir John Kotelawala’s oft quoted statement ‘the day Ceylon did away with England, it would go under India’. No one in Sri Lanka wishes that which is why it is important for policy makers & advisors to look at their short term actions & decisions with the detrimental outcomes in the long term. This is certainly applicable to relations with all foreign nations vis a vis the agreements Sri Lanka ventures into.

It was in 1948 that Sri Lanka opened its first overseas mission in New Delhi, India. If there was any leader who made friendships with India yet kept India in its place, Mrs. Sirimavo Bandaranaike will certainly take the cake. Not only does she still remain regarded as a friend of India, with close ties to the Gandhi family, but she did not allow that friendship to come in the way of her decision making. When tough decisions had to be taken, she did not mince words. She concluded a maritime agreement with China in 1963 and she even allowed refueling to Pakistan planes during the Indo-Pak War. Thus, both India & Pakistan continue to praise her diplomacy & leadership. India & Sri Lanka cooperated to formulate the non-aligned movement during the 1950s and 1960s. India & Sri Lanka joined in a quest to convert the Indian Ocean into a ‘zone of peace’. This was no neutral policy. This was no appeasing policy. Sri Lanka’s friends are as a result of that non-aligned policy and this is what Sri Lanka must continue to uphold. Flying policies and flicking fancy names every now & then to christen Sri Lanka’s foreign relations is just superfluous and will only distance Sri Lanka from the non-aligned status Sri Lanka has proudly held and to which Sri Lanka has many proud moments to recall.

1987 – India forcibly halting Vadamarachchi military operation that cornered Prabakaran, Parippu drop on 4 June by India was a gross violation of Sri Lanka’s sovereignty & airspace, Indian Peace Keepers & their war crimes, signing of Indo Lanka Accord & 13thamendment forcing Sri Lanka to tweak its constitution & create a provincial council system based on a bogus history. India allowed LTTE to use Tamil Nadu as a logistics/training hub. India did not supply any offensive military equipment to Sri Lanka during the conflict. India airlifted Prabakaran to Delhi before signing of the accord (retired Indian Air Marshal Denzil Keelor received orders from RAW to airlift LTTE & its Leader from Jaffna to India – 2 choppers were sent from India to Suthumalai Amman kovil temple in Jaffna). Prabakaran met Indian PM Rajiv Gandhi on 28 July 1987. Indo-Lanka Accord signed on 29 July 1987. Prabakaran flown back to Jaffna on 2 August 1987.

Letter from PM Rajiv Gandhi addressed to President JR Jayawardena set out conditions Sri Lanka was required to adhere on foreign policy & defense matters unrelated to the Tamil issue which Sri Lankan President did not even object to. These demands included

During tenure of President Chandrika Bandaranaike

During tenure of President Mahinda Rajapakse

During tenure of President Maithripala Sirisena

Sept 2018 – Cabinet approval given to CPC & Lanka IOC to form joint subsidiary company to develop 85 tanks in upper oil tank farm. LIOC gets 70 tanks, CPC only 15. LIOC will also get 18 currently used in lower section. The period of use by LIOC is to be decided by Cabinet. Land ownership with GoSL & a new lease superseding the 2003 one given by Ranil.

(Petroleum professionals objected claiming oil tank farms can be managed without India & they required only Rs.10m to do so.  Earlier agreement was to allow CPC to handle this. CPC unions pointed out that if LIOC is given legal rights to entire oil tank farm, India could gain complete control of fuel distribution in Sri Lanka within a short period)

100 of Sri Lanka’s best filling stations given to LIOC for $35m and when oil prices declained LIOC made billions with no tax benefit coming to the State.

Memorandum of Understanding with India to develop the Trincomalee Port, establish a petroleum refinery and other industries. The Singapore firm of Subana Jurong will draw up the master plan for Trincomalee. There will also be a Colombo Trincomalee economic corridor.

The first India-Sri Lanka FTA (ISLFTA) was signed in November 1998 with just 4 consultations within 4 months became effective in 2000 but without any tangible benefit to Sri Lanka.

6 December 2016 – Cabinet approved proposal for oil tanks used by India be vested with CPC, 3 tanks to be taken immediately & rest within 3 months. CPC engineers visited China Bay Tank Farm following cabinet decision. The officials included a deputy manager were locked up by officials of Indian Oil Company for 1hour and the 2 vehicles they came in also held by IOC officials. The IOC complaint to the police was that CPC officials could only come on one particular day and the day they arrived was not a specified date, so they were considered as trespassing. India quoted 2003 agreement claiming it covered entire tank farm. Twice under Mahinda Rajapakse government LIOC was refused proposals to develop upper tank farm.

The 6 December 2016 cabinet decision was reversed by PM Ranil in March 2017 that LIOC and CPC would develop Trinco Oil Tank Farm as a JV with land in upper and lower oil tank farm to be leased to LIOC directly for 50 years and extended to 99 years.

2002, Sri Lanka and India agreed to replace the existing India Sri Lanka Free Trade Agreement with a Comprehensive Economic Partnership Agreement (CEPA). CEPA negotiations took place in 2005. CEPA was originally scheduled to be signed in 2008 during the SAARC summit.

Any Indian could bring his family into Sri Lanka and they can work anywhere they want. Family alone can take up about 5 jobs. Under CEPA there is no ‘business visa’ so there is no time limit for the stay either.According to CEPA there will be 50% Indian ownership of 25 cinemas, each of which could hold multiple cinema halls.  In these cinemas, 40% cinema time would be for Tamil and Hindi films. Film makers when alerted objected.

India was asking Sri Lanka to recognize the qualifications of Indian doctors. 30 or so categories of paramedical professionals were also included in the CEPA.

No one had seen the agreement. CEPA was shot down by angry business men, very critical of India.  President Rajapakse decided not to sign it, despite considerable Indian pressure to do so. Pathfinder Foundation defended CEPA.

2015 Yahapalana announced they will not sign CEPA but will enter in to an Economic/ Technical Co-operation Framework Agreement (ETCFA) with India. ECTA was drafted in great secrecy. The agreement was not made public and an attempt was made to sign it quickly. But this too was stopped. This time by the professionals, led by architects, engineers and doctors. Who pointed out ‘many irreversible loopholes’. Clauses were vague & open ended.

ECTA was CEPA in another name.

ECTA was India’s plan to get into Sri Lanka’s Information Technology (IT) and naval engineering sectors (dockyards).  The Network Readiness Index 2015 held Sri Lanka in 65thplace & India ranked at 89.

Rs.600m grant given to University of Jaffna to develop Faculty of Agriculture & Faculty of Engineering in Kilinochchi. India will also be supporting CURRICULUM development, faculty exchange, training & research.

16,000 books given by Indian High Commissioner to Jaffna Public Library in ‘India Corner’ inaugurated by PM Modi in 2015.

Setting up of the International Buddhist Museum in Kandy,

Restoration of the Thirukeeteswaram Temple in Mannar.

The Kapilavastu Relics were brought to Sri Lanka in 2012 by the Indian government. Several wrong historical facts were added , that the ‘Lanka’ in the Ramayana is Sri Lanka and that Odissi and Udarata dance are similar.

While demanding stake in Colombo East Terminal of Colombo’s Port, India is building and improving its own ports to divert transshipment handled presently by Sri Lanka to these Indian Ports. Sri Lanka will likely lose a major revenue. 70% of transshipment cargo to India is presently handled by Colombo Port. Has Colombo’s decision makers taken this important factor into account. Giving India hold over ECT has no change to India’s plans to transfer transshipment directly to Indian ports. This means 80% of India’s container traffic shipped through Colombo will go directly to Indian ports.

Giving ECT because Hambantota Port was given to China

Agreeing to give China-built Mattala airport to India

360-degree change in 2007 when China began Hambantota Port project. India turns to US to contain China.

India is matching China’s Belt & Road Initiative with Asia-Africa Growth Corridor with Japan’s assistance announced in May 2017. AAGC will commence as a sea corridor linking Africa with India & then other countries of South-East Asia & Oceania. Plan to connect ports in Gujarat with Djibouti in Gulf of Eden, Ports of Mombasa & Zanzibar connected to Ports near Madurai in Tamil Nadu, Kolkata in West Bengal linked to Sittwe Port in Myanmar.

1968 – Rs.100m loan to purchase equipment to government departments but manufactured by India but India offered what they could not sell in international market.

Railway engines supplied by India failed to operate within short time and even the railway line ended up damage.

Indian consulates in Colombo, Kandy, Jaffna & Hambantota are often accepted as RAW stations to spy on activities in Sri Lanka. With over 1million Indians living in UK – India has been given only 3 offices.

India is today pally pally with the very nation that searched President Abdul Kalam twice at US airports in 2011. The President’s shoes and jacket he was wearing were taken away for screening explosives. Even present PM of India, Modi was issued summons in 2014 when he visited US. Ironically, the Indo-US relations began to bloom after both engineered regime change in Sri Lanka in 2015. Now US & India are partnering to counter China.

There are no permanent friends in politics. Sri Lanka continues to make the mistake of not reading into and realizing the dangers of leveraging parts of Sri Lanka to foreign players and the likely outcomes decades later. No political party or politician has any right to be bartering the country for political survival or political gain. The nation’s sovereignty and safety of the citizens must come first. Using the justification that decisions are in economic interests but resulting in jeopardizing the national security interest is pointless for Sri Lanka & its People in the long term.