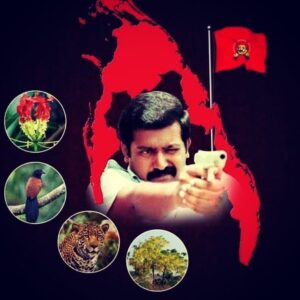 If the Liberation of Tigers of Tamil Eelam is banned in Sri Lanka, UK, US, EU & 32 countries, everything associated with LTTE must be banned too. Countries should not encourage terrorism or terrorism promoters & protestors. This entails action by Sri Lanka against LTTE emblems, LTTE flags, LTTE t-shirts & other insignia. Sri Lanka needs to issue a gazette notification banning these insignia & thereafter request our envoys overseas to engage foreign governments to take action against pro-LTTE elements parading LTTE insignia on foreign soil. Let these Western countries look at rising terror activities in their countries and never forget that LTTE killed an Indian Prime Minister on Indian soil – the first such high profile international assassination of Indian Prime Minister Rajiv Gandhi in 1991. 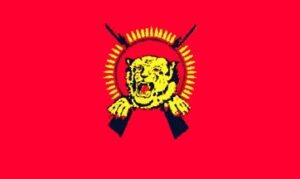 LTTE flag is the National flag of Tamil Eelam.

The tiger flag Pulikkodi” was conceived by Prabakaran for the Liberation Tigers of Tamil Eelam in 1976. While Prabakaran was in Madurai, Tamil Nadu he got an Indian artist to draw it.

Prabakaran wanted the head of a roaring tiger, paws outstretched, 2 rifles and 33 bullets in a circle ringing the tiger’s head.

What is noteworthy is that the flag was linked to the martial history of the Tamils of India.

The Tigeris the symbol of freedom fighters of the Tamil Tiger movement. 31 bullets are depicted with 2 crossed bayonets.

In 2005, the LTTE released a guide providing instructions and explaining the correct usage of the Tamil Eelam Flag. The guide written in Tamilspecifies the regulations for flying alone or with national flags of other countries, and for general handling of the flag (good to get a copy of this and have it translated) 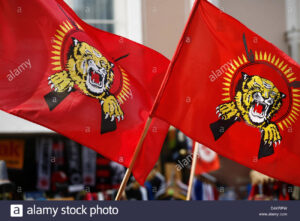 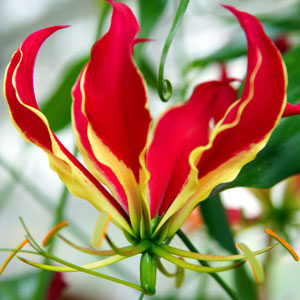 This too was adopted on 21 November 1990 as it contained colours of the Tamil Eelam national flag.

The symbol for Maaveerar Naal is the karthigaipoo (Gloriosa superba) 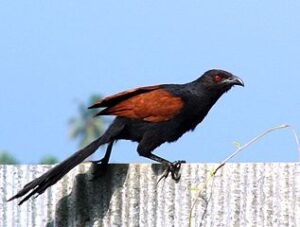 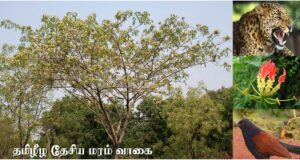 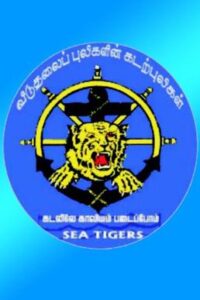 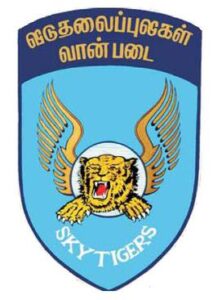 UK Terrorism Act of 2000 declares it a crime to wear or carry any item portraying REASONABLE SUSPICION of support to a proscribed organization.

Section 12 (1) A of the UK Terror Act disallows support for a proscribed organization not necessarily only by giving money or property.

Section 13 (1) considers it an offence to WEAR an item of clothing, CARRY or DISPLAY an article that arouses REASONABLE SUSPICIOUN to show him/her a MEMBER or SUPPORTER of a proscribed organization.

2009 – Tamil demonstrators in London carried Tamil Eelam flags & were arrested by UK police. UK Metropolitan police had even confiscated LTTE flags. The police spokesman had made ‘repeated requests’ for flags bearing images representing the LTTE to be removed. 2 protestors were arrested under UK Terrorism Act 2000. What happened thereafter?

4 February 2018 – Tamil demonstrators in London carry same LTTE flags but are not arrested! WHY?

Has the Sri Lanka High Commission in UK compiled and presented a list of pro-LTTE organizations operating in the UK that have LTTE logo and LTTE insignia on their websites etc?

Has the Sri Lankan High Commission in UK demanded a list of Sri Lankans seeking asylum/political asylum/refugee status in the UK and used this information to cross-check against the names of supposed ‘dead’ Tamil civilians?

If countries ban a terrorist organization and issue reports claiming that the terrorist network is alive and funding continues the onus is on these countries to assist to curtail funding and promotion of a banned terrorist movement.

While there are no LTTE demonstrating in Sri Lanka – LTTE Diaspora are creating a public nuisance in Scotland to oppose the visit of Sri Lanka President. This is an opportune time for Sri Lanka to take action to ban all LTTE emblems and for foreign countries to stop cuddling terrorists because to get their way they will do anything & they have killed a lot of people but trying to cover their bloody hands by bogus ‘genocide’ claims. 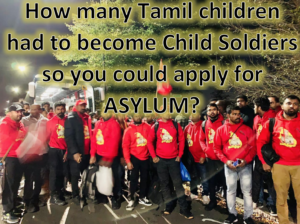 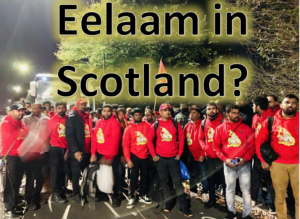