Situation in Sri Lanka – are we returning to Dutch-East-India Company rule? 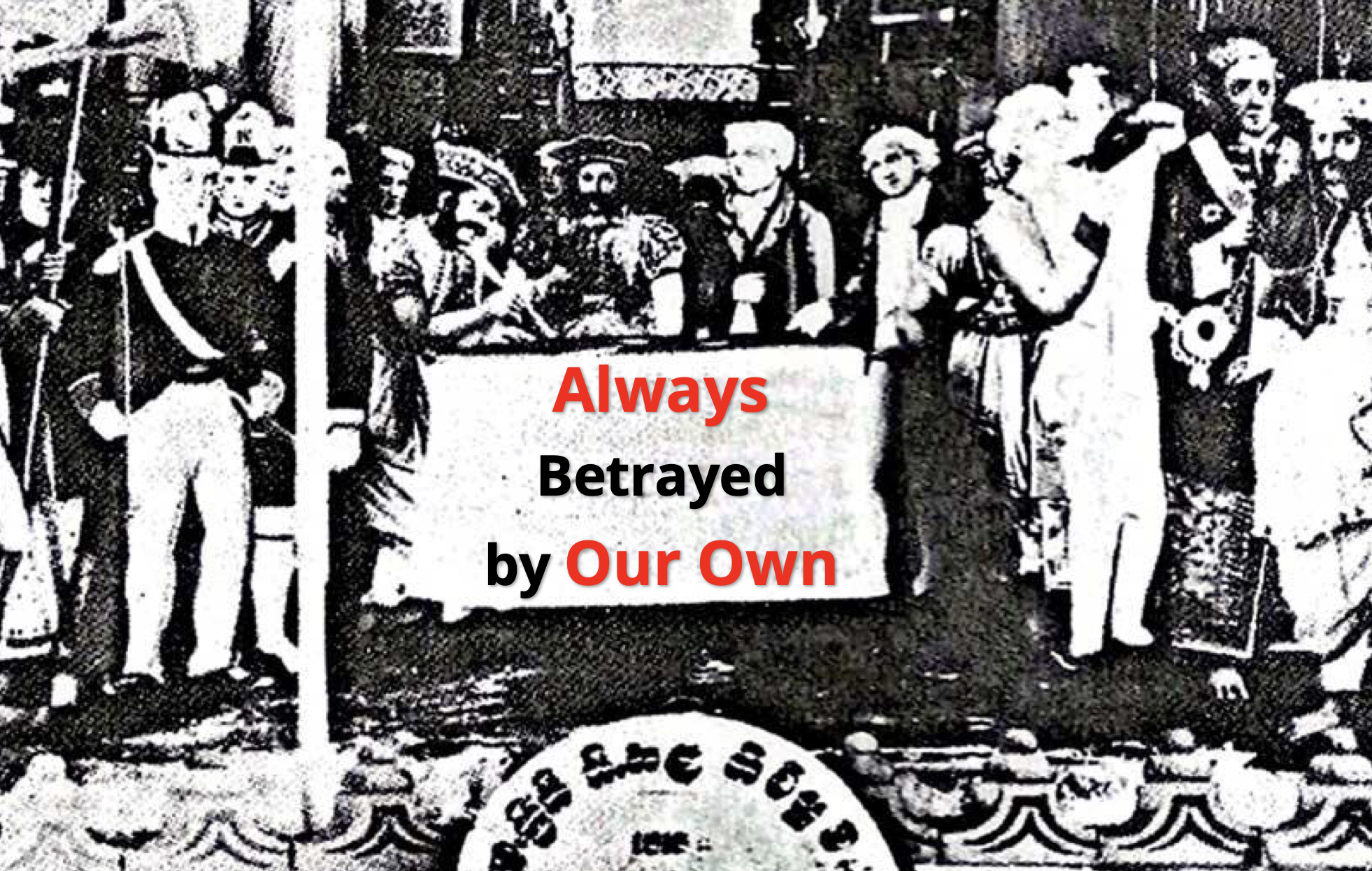 On one side of the spectrum protests are calling for the stepping down of entire Parliament, amidst this are a bevy of piggy-bank protestors while the more important question should be where do we go from where we are now – an economic & political crisis. Is there light at the end of the tunnel.

What led to the protests?

No Gas – No Petrol – No Milk Powder – Power cuts & rising cost of living were the triggers that built the mental framework to garner support of people against the government. How come the government did not fathom what was unfolding before their eyes?

The protests were meant to simply send a message plus sub-messages.

There is little point now in identifying the who’s who at Galle Face Green.

What is more important is where these protests are leading to.

Even the Opposition are now worried.

The key target was the PM who is able to command the majority votes. Sending him home sends entire vote base astray with no alternate options.

The next message was to blame the politicians & justify need to get rid of the entire political system. The flip-side of the jungi-brigade was to make people accept that the “protestors” were also not the alternate option.

Who are “they” planning to put on the throne?

The architects of the economic & political collapse has made Sri Lanka vulnerable & disabled Sri Lankans to make choices or have a say in any of the decisions to be soon announced.

The enemies have encircled the nation. The local faces outsourced for this exercise are only a smokescreen. No local will self-destruct his/her own nation unless there were benefits for them. They will be rewarded for turning their people to slave hood.

Though we may think the bail out coterie are the solution, they were essentially part of the problem. It is unfortunate that the intelligentsia in Sri Lanka have failed to decipher the situation.

Who serves to benefit from the situation?

Who benefits if Sri Lanka is economically bankrupt

Who benefits if Sri Lanka is politically in doldrums?

Who brought us to this stage – was it only the politicians?

Who drafted the budgets that we thought were locally made?

What has happened to Sri Lanka is a carry forward of a well-planned socio-economic collapse aligned to the ulterior & ultimate objective of securing Sri Lanka as a geopolitical & trade hotspot.

But who is controlling this?

The scenario was choreographed to affirm notion that Parliamentarians are unable to ‘develop’ Sri Lanka – anymore.

Colonial Britain always viewed Sri Lanka as the best nation to use as guinea pigs for its initiatives. We have to now wonder what this next experiment is.

A pro-IMF team is now making the decisions. Just count the pro-IMF parties now tasked to turn Sri Lanka’s economy around – turn around to whose benefit? Certainly not the people of Sri Lanka. The people are yet to feel the pinch. The bourgeois class will always get their piece of cake – as they have done under every government (colonial & post-colonial).

People do not think. They have been programmed to be busy screaming hora hora. They think their problems are solved by sending the horu to prison or chasing them all out of Parliament. The doors are now wide open.

Does this mean we are saying cherio to representative parliamentary system?

Notice the rise in calls for people to take back power from the politicians – where is this power to be transferred to? They are also giving the answers – to “civil-society” (foreign controlled & funded) to NGOs also foreign controlled & funded to CBSL Governor & team (also under US/IMF control) or under corporate control (citing Sri Lanka has to be Singapore) – how representative is this?

Will people have a say as they are able to do now if corporates govern the country?

Are we going full circle to return to the days of the Dutch East India Company rule?

Sri Lanka does not need to be like Singapore. Sri Lanka has all the ability to be Sri Lanka if patriotic people are allowed to roll out an indigenous development plan. Will this ever be allowed to happen? Every attempt to do so is swiftly suppressed by those that continue to want Sri Lanka to be reliant on external/foreign control/agenda. Who actually controls decisions in the CBSL, Foreign Ministry, Finance Ministry & other key areas? Every area of importance is under foreign domination. They have strategically placed pawns from top to bottom who have been following strategic & tactical actions that have led to where Sri Lanka is right now. This has been a well-planned and well-choreographed program happening since bogus ‘independence’.

What has happened to Sri Lanka is a ducks-in-a-row strategy outsourced to agents & penetrated every likely threat & neutralized them playing on their weaknesses.

This should show that those that are in control of these entities do not wish Sri Lanka to develop on national terms but as per international political agenda & to suit them.

If we are returning to the days of corporate control sans the political system – it would mean returning to the manner Dutch-East-India-Company ruled the world. Acquisition of Sri Lanka as a client-state. US government is controlled by Corporate America. Congressmen are inducted to corporate roles no sooner their terms are over. Sri Lanka’s former CJ is now Chairman of a corporate bank.

If Sri Lankans, thought Politicians were bad – when reality hits them it would be too late. State of Emergency will start ball rolling. The removal of the civilizational history & heritage & all socio-religious attachments  is the stepping stone for this new experiment