Does Sri Lanka’s Parliament/Judiciary/legal fraternity realize MCC is clipping its powers for 5 years? 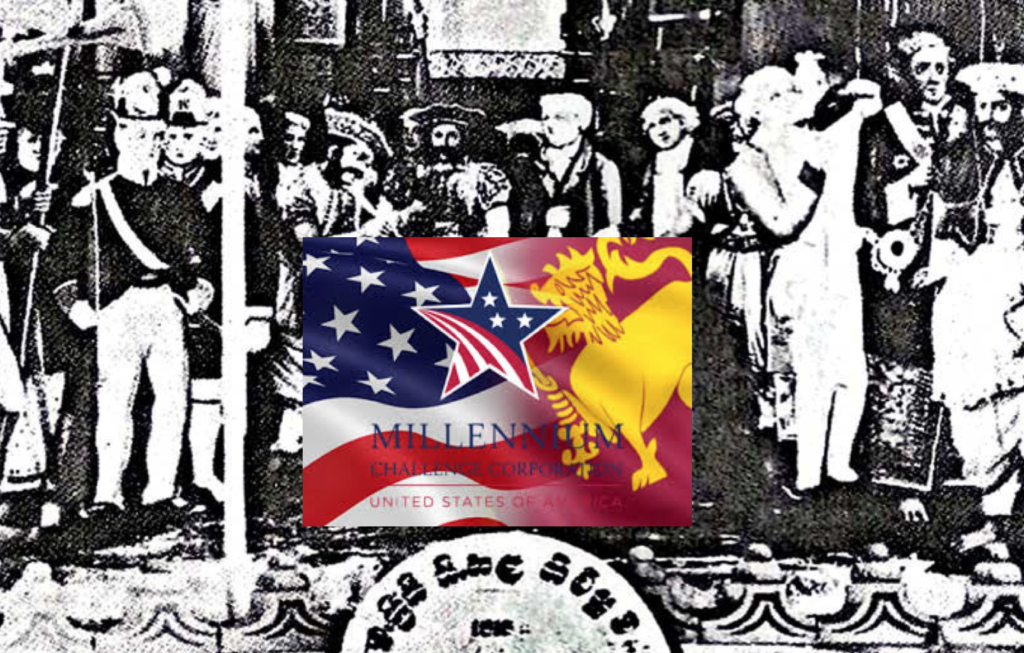 The MCC is not just any ordinary agreement. It is an agreement that is signed between 2 Governments, passing 10 land registries to a newly created company called MCC Sri Lanka Pvt Ltd. So a government to government agreement creates a company to which funding is to be disbursed and this company whose aims & objectives have yet to be finalized is having its entity passed by Sri Lanka’s Parliament (God knows why), removes the role of the Judiciary to adjudicate and disallows the Citizens any legal remedy for grievance on account of the immunity that MCC/MCA will be given for 5 years.

The fundamental principle in a country is the functioning of Parliamentary supremacy and the Rule of Law exercised by the Constitution & the Judiciary. However, this one agreement is clipping the powers of both Rule of Law & Role of Judiciary for 5 years and in so doing it is negating the inalienable right of the citizens’ sovereignty. These are all violations of international code of ethics and laws.

How will MCC clip the Powers of Sri Lanka’s Parliament – Judicial – People?

MCC proposes to do so in 3 ways:

Why does MCC need to be passed by Parliament?

Sri Lanka has had many foreign investments, there are many foreign companies with liaison offices operating in Sri Lanka but none of these companies have opened shop after having its operations passed by Sri Lanka’s Parliament – so why does MCC need to be passed by Parliament?

Why is Parliament ceding its powers to a private company administered by a foreign government for 5 years?

MCC Section 6.8 is devolving powers of the Parliament to the MCC/MCA for a period of 5 years to a totally private company to do what the State has been thus far elected to do. Is this not a frightening thought? Have Parliamentarians not realized the implications of such a hand over?

Why are the “I Know the Law” legal fraternity in Sri Lanka silent?

If laymen can understand the impending dangers on 3 fronts – to Parliament – to the Judiciary and to the People’s Sovereignty why is it not being understood by politicians, the Judges, the lawyers and the advisors?

Are we to revisiting 1815 with this handover of our sovereignty for a paltry $480million?

Sri Lanka’s leaders must answer if the premium for economic growth via a ‘gift’ is more valuable than protecting Sri Lanka’s Land Rights & Human Rights?