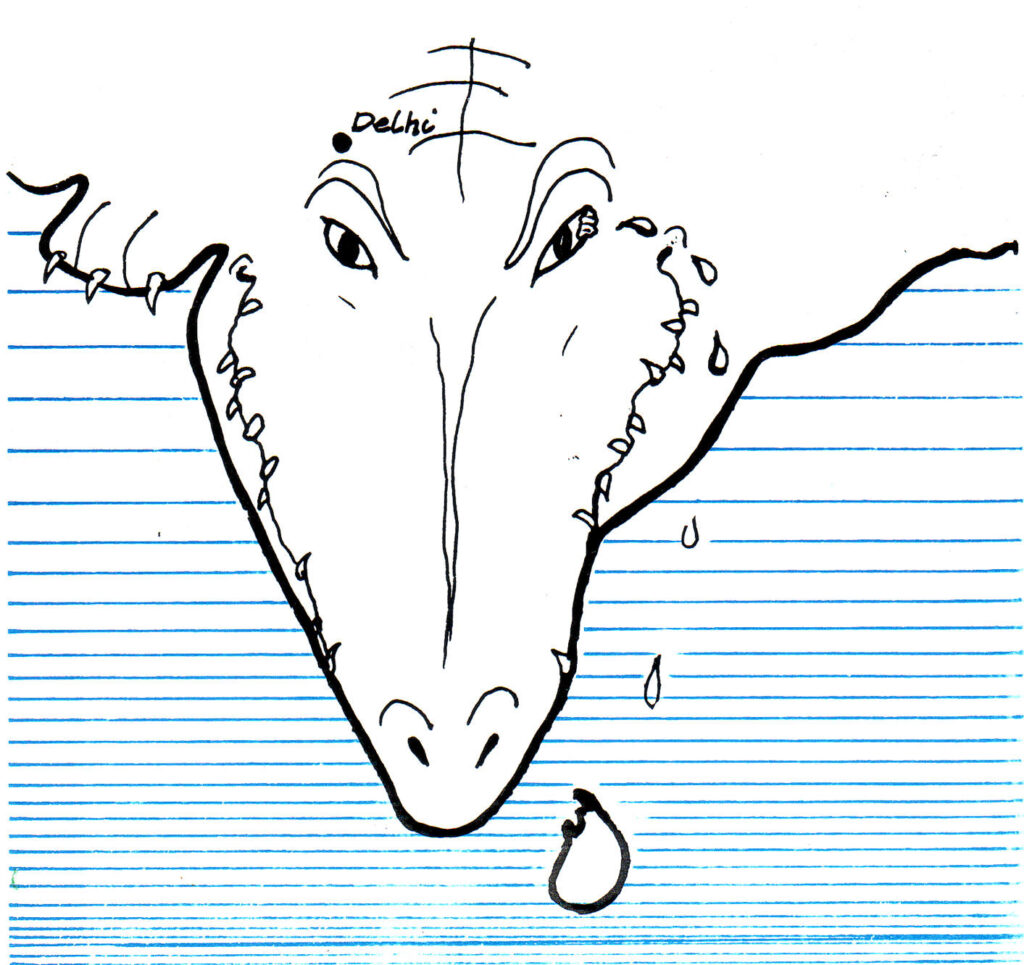 With Indian ferry service, Indian flights direct to Palaly & a history of illegal immigrants from India. In particular when India is the virtual defacto chief minister & governor of the North & controls essentials, even dictates the Sri Lankan govt to supply Jaffna unhindered supply of electricity and fuel. Well-funded campaigns that scare the govt into giving land to people who may not even be holding deeds to the lands they now occupy. These campaigns have ousted the Sri Lankan troops from the Jaffna High Security zone. If the political bigwigs and their pundit advisors cannot fit the dots to imagine a future scenario where the armed forces and camps are removed, there is little point in appointing any of them to governance.

It is important to at all times keep at the back of one’s head that the Indo Lanka Accord has no legitimacy not only because it was signed under duress, but it is legally questionable on account of India not fulfilling any of its objectives which makes the document null & void.

The Indo Lanka Accord assured to disarm LTTE within 72 hours.

With what logic was police & land powers given to the provinces, when the issue was only about disarming the LTTE? What had land to do with the issue? For whose benefit is land & police being devolved? Is it the Tamil people, Tamil politicians or India?

Has the Govt surveyed the North & East & taken stock of what India controls in these areas?

Has the Govt thought of what is likely to happen when land & police powers is given to an area that is virtually under control of India? Will this land not be further leased, transferred, mortgaged, donated or acquired & even be annexed?

What right does a government that is only a custodian to hand over land?

The land does not belong to any government to relinquish even under foreign pressure.

Tamil politicians – LTTE – TNA & India are not out to do any good to the Tamil people, all they want is to get hold of Crown Land and determine who they will hand over land to based on what personal benefits they get for this exchange. Police powers entitles a sort of private army inducted to take orders from them & function to their orders.

Given the inroads India has made into the North which the Govt should take good stock of, it is a dangerous scenario to implement 13a and devolve land & police powers. The IGP will be appointed by the Chief Minister not the President of Sri Lanka. The IGP & Police will be Tamils or Tamil speaking police & with no Sinhalese in the North, no Sinhalese can apply to join the police force, but outside of North East police must give quotas to Tamils to join Police. What hypocrisy prevails.

The moment the Central Govt loses control over these areas, the Govt loses right to rule over the areas. This constitutes a violation of fundamental rights as people will lose freedom of movement granted by Article 12. Freedom to live is also violated. People outside North & East will not be allowed to enter the North & East in their own country.

The Central Govt will lose right to defend its territorial waters, & there is likelihood that illegal immigrants will flood from South India to Sri Lanka’s North & East to settle. There may even be a situation where Sri Lankan Tamils may get pushed south, to eventually create a North/East occupied by Indian Tamils. Have Tamils thought of this scenario?

Have people wondered why there are calls to remerge N & E – could it be aligned to the demands for full implementation of 13a with land & police powers divulges which will lead to a possible secession of the 2 provinces & coming under either Indian control or western control? To prevent Western control, India is doing its best to quickly wrap all of the resources & important areas – road, rail, harbors, ports, airports, investments under its wing to prevent the West & its alliances controlling them. So we will see a major effort steered by Church & India to take hold of the North & East. The competition has now begun.

India that got Sri Lanka to sign Indo-Lanka Accord under duress, pressured the then Govt to pass the Provincial Council system via 13th amendment, merged the NE, included provision for land & police powers & is strategically & incrementally taking over all areas of polity & resource in the North is now using the economic crisis to simply “stand by” and get Sri Lanka to do a 1815 – handover of the NE to India. All of the clauses in the 13th amendment were as a result of arm-twisting by India. It is a pity that even govts that had 2/3 majority failed to annul this key amendment to protect Sri Lanka.

Everyone has forgotten that every “solution” was never meant as a solution but a means to advance other people’s agenda. Indo-Lanka Accord did not disarm LTTE or stop LTTE terror or even solve the non-existent “ethnic” problem. Those who use “ethnic problem” do so only to advance their agendas or enjoy a means of livelihood (jobs in NGOs/civil society etc)

In a world where the largess of the LTTE kitty enables even foreign politicians into the LTTE pocket, should we be surprised if local politicians & other decision makers are also inside their pockets?

Only a handful of people function with integrity – all others are easily coerced by “funds” and silenced or lured to take decisions disadvantageous to the sovereignty & unitary nature of Sri Lanka.

The present President is only an interim President, completing the term of Gotabaya Rajapakse, therefore the policies that the people voted for continues to apply. The current President who had no electoral mandate to even sit in Parliament cannot bring his own whims & wishes as he is only a President by default & not by an election.