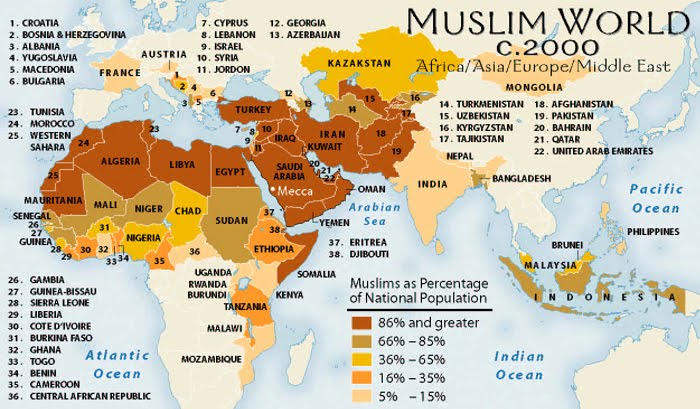 On 21st April 2019 the people of Sri Lanka stood shocked. Exactly 10 years after defeating 30 years of terror Sri Lanka was to face a new form of terror. What is peculiar and notable about the Easter Sunday multiple mass murders was that the attacks on Catholic churches and luxury hotels by very rich Muslim suicide bombers did not have any demands. No one still knows why they committed the attacks. This question one year on remains unanswered still. While we are searching for the answers and the masterminds behind the attacks and inspite of two commissions being appointed to find the answers, while understanding the Muslim sentiment given that all suicide bombers were Muslims, it is good for the Muslim minority to look inward & also search for answers as to why an increasing number of Muslims are killing more Muslims than non-Muslims as statistics now reveal.

The Muslim population globally is 1.8billion making up 24% of the world population. This also means there are 1.8billion Islam adherents.

There are 53 majority Muslim nations in the 57 Muslim organization calling itself the OIC – Organization of Islamic Cooperation.

Ironically majority of Muslims do not live in the Middle East but in the Asia-Pacific region (South & South East Asia) which accounts for 62% of the global Muslims.

Incidentally 1.2billion of the 1.8billion Muslims live in 10 countries (Indonesia, India, Pakistan, Bangladesh, Nigeria, Egypt, Iran, Turkey, Algeria and Iraq) Of this 10 only in India despite Muslims being 194million, they are a minority. 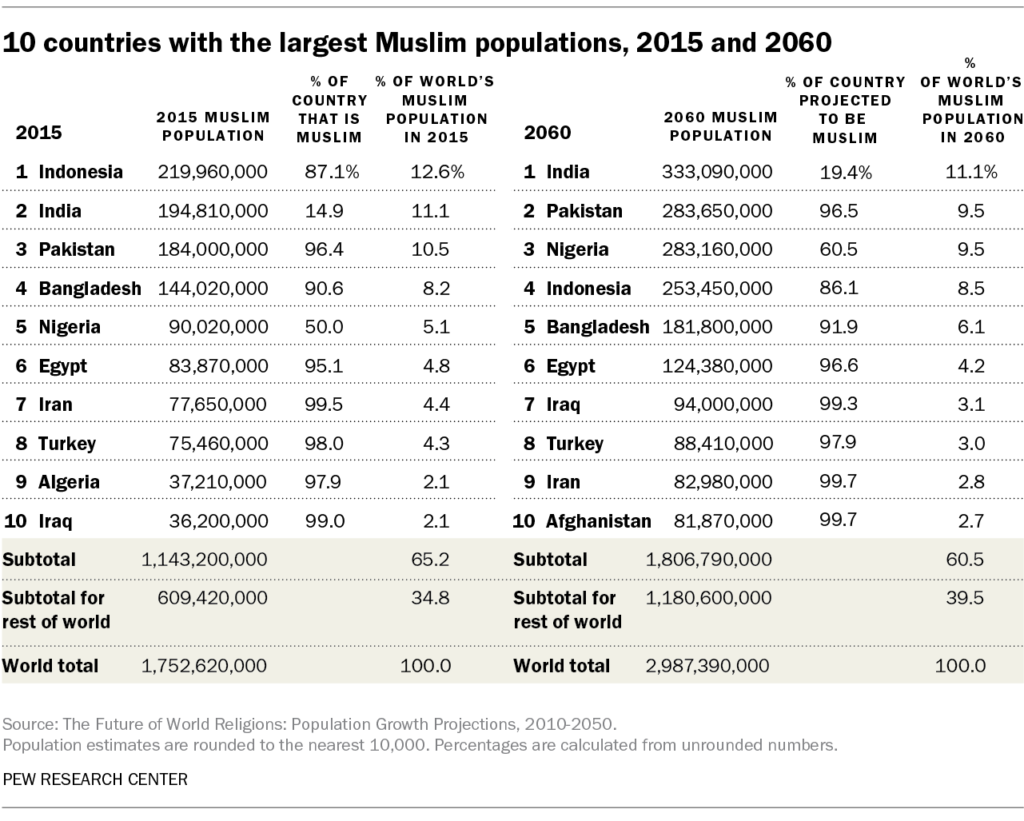 In Europe, Muslims comprise 8% of the population in France (5.8million) while in UK Muslims make up 5% (2.6m) however it is in newly created Kosovo where 90% are Muslims and Albania where 82% (2.6m) are Muslims that make the only 2 Muslim majority countries in Western Europe. 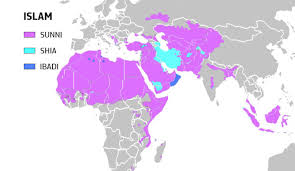 Islam spread after the 7th century. Islam is broken into 2 main groups – Sunni & Shia with Shiites making only 10 to 15% of the 1.8billion Muslim population. Shiites are concentrated mainly in Iran, Southern Iraq, South Lebanon and there are Shiite communities in Saudi Arabia, Syria, Afghanistan, Pakistan & India. Shiites also dominates where there is oil – Iran, Iraq, Eastern Saudi Arabia. The sufi’s are another group. There are in all around 73 denominations. Iran, Pakistan, Saudi, Afghanistan, Mauritiana, Yemen make up the major Islamic states. Egypt, Jordan, Iraq, Kuwait, Algeria, Malaysia, Maldives, Morocco, Libya, Tunisia, United Arab Emirates, Somalia, and Brunei Islam is considered a state religion. 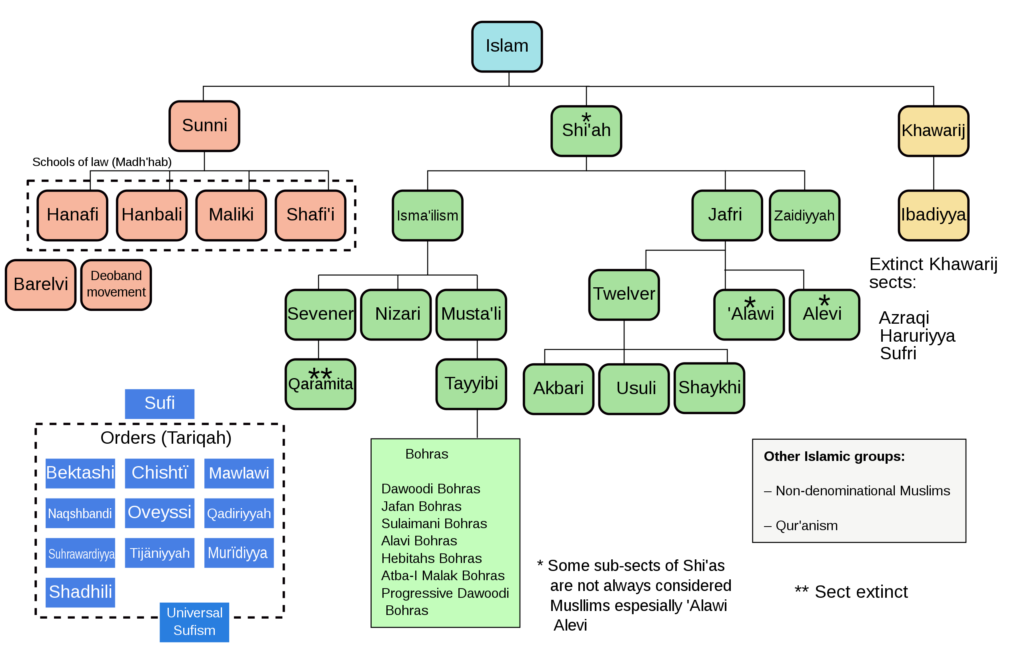 However, there has been a split between Shias and Sunnis since 632. The split was over the question of succession after Muhammad – Shiites preferred succession to remain in family (Ali married to Muhammad’s daughter Fatimah) while Sunni’s wished to have the elite select a suitable leader. Sunni’s demand prevailed but Ali became the fourth caliph but he too was killed in 661. Ali’s son Hussein led the Shiites caliph against the Sunni caliph. Shiites refer to their leaders as imam – Ali being first and Hussein being third. The reference in usage of ‘imams’ & reverence further divides the two groups. Shiites held Persia while Sunni’s the Ottoman Empire

So we see two factors at odds with each other.

The friction since 632 continuing through sectarian violence between Muslim-Muslims causing more deaths than non-Muslims killing Muslims and then armed conflicts of which majority are committed by Muslims and majority of victims are also Muslims.

The religious element to these conflicts is affecting Muslims more than others.

According to Pew Research out of 49 Muslim countries 41% have experienced civil war. Of the over 400 insurgent organizations recorded since 1945 more than 200 are Muslim. Ironically all of these groups are being armed and trained by Western intelligence who are manipulating Muslim terror groups for their geopolitical advantage. If this is well known, why are Muslims joining groups that end up only killing Muslims?

Of 167,221 terrorism-related fatalities reported from 2001 to 2015, almost all — 163,532 or 98 percent — occurred outside the United States and Western Europe, according to the University of Maryland’s Global Terrorism Database (GTD). GTD data on 25 Muslim-majority countries from Iraq to Malaysia reveal that these countries account for 75 percent of all fatalities from terrorist attacks from that period. The past 15 years Iraq has accounted for over 50,000 sectarian deaths. In Pakistan between 1987–2007 – Sunni-Shia sectarian rivalries has caused 4000 Muslim deaths.

All of the conflicts where Muslims are armed, the use of violent parts of Islam is used to justify their killing.

Contrary to Samuel Huntington’s Clash of the Civilizations implying a showdown between Christianity & Islam, its looking more a Muslim-Muslim confrontation.

While much furor over anti-Muslim and Islamaphobia is projected and promoted by Muslims, the Muslim-Muslim killings that account for lakhs more deaths among their own is silently ignored.

Libyan conflict has allegedly caused death to some 25,000 Muslims. Irrespective of whether the deaths were pro-Libyan or rebel … all were Muslims. Lakhs of people remain displaced also. It is good for the Muslims to remember that it was the non-Muslims globally that decried the manner that the Libyan leader was ousted and killed and how Western leaders laughed after helping kill him. This writer was one of the first to write against Gaddafi’s murder. Karma has killed the rebel leader responsible for Gaddafi’s death by coronavirus!

The Syrian conflict has caused the death of over 400,000 Muslims – again irrespective of whether they were Syrian government forces or rebel – all the dead were Muslims.

Yemen conflict has resulted in 100,000 dead Muslims and almost 16million Yemeni’s in hunger. Who are bombing Yemen? The Saudis.

Thus, none of the anti-Muslim incidents often repeated come anywhere remotely close to the number of casualties, displacements, fatalities and injuries caused by Muslims on Muslims the world over. This should be more of a concern to all Muslims than the attention they divert towards presenting an anti-Muslim Islamaphobia image.Uniting against non-Muslims but divided amongst their own.

There is another area that Muslims must also look at.

But out of the 10 richest countries in the world 4 include Qatar, Saudi Arabia, Brunei and Kuwait. The Gulf State Qatar is the richest Muslim country in the world which has GDP per capita 93,714 USD.

Qatar gained independence in 1971 from Britain and from 1971 ($387.7m GDP) Qatar has increased GDP to $156.6billion by 2016. Qatar’s growth is reliant on natural gas reserves, oil and migrant workers. In 1971 its population was 119,000 today its over 2.5million. 2.2million migrant workers comprise 90% of Qatar’s population & workforce. Per capita income published by Qatar is based only on incomes of native Qatari citizens whose population is just 250,000

According to Islamicmarkets.com 25 of the OIC member states are placed amongst the 56 most poverty-stricken countries of Sub-Saharan Africa and South Asia. One in every five citizens of OIC countries — 21% Muslims that is 350million Muslims live below US$1.90 per day world poverty line.

Irony is that the Islamic empire boasts of a civilized and advanced world for over 1000 years. What happened to the Golden Age of Muslims contributing to the arts, sciences and culture? There have been 3 Muslim Nobel Prize recipients and all three made their names living in Western countries.

According to Al Jazeera it is estimated that around 20% or more of the 34 million Saudi citizens live in poverty. More than two-thirds of Saudis are under 30, and nearly three-quarters of all unemployed Saudis are in their 20s, according to government statistics. (UK Guardian) Saudi Arabia’s population is around 33 million. In 2019, Saudi Arabia’s estimated unemployment rate amounted to approximately 5.92 percent. 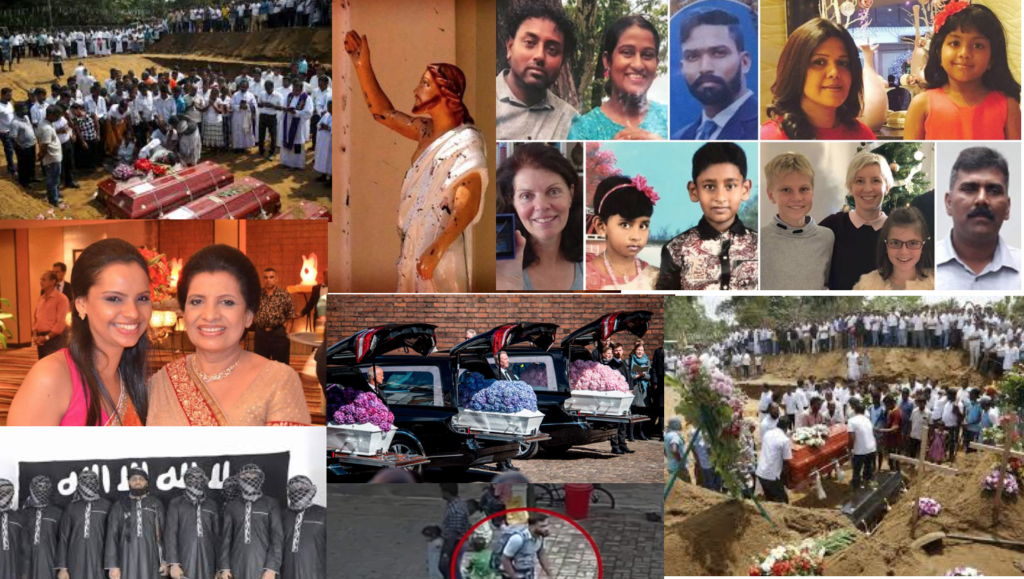 The Easter Sunday attack in Sri Lanka was committed by suicide bombers who were not poor and belonged to rich and affluent Muslim families. This is the first time suicide bombers from rich families have committed suicide, it’s also the first case of mass suicide and mass murder in Sri Lanka by Muslims. People naturally have genuine questions given the magnitude of the tragedy. These questions cannot be silenced by diverting attention and presenting a global image of islamophobia and attacks upon Muslims. The above examples show if attacks on Muslims is a key issue for Muslims, then it is Muslims who must save Muslims from Muslims and stop the growing sectarian and terrorist violence taking place globally, though funded and armed by non-Muslims, the acts of terror are committed by Muslims on Muslims. This is the reality that Muslims should finally come to terms with. The answers are found with them among their own. 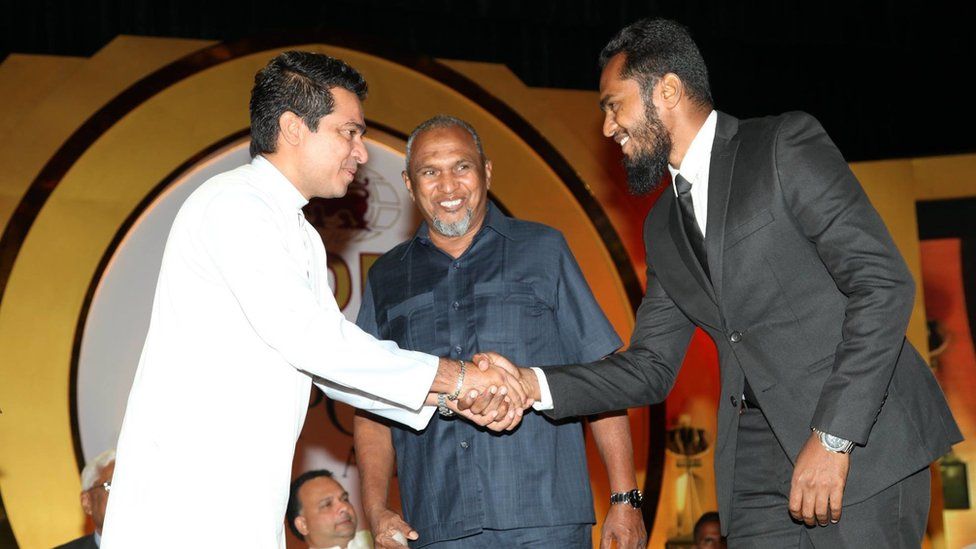