Who thinks IMF can bail out Sri Lanka? 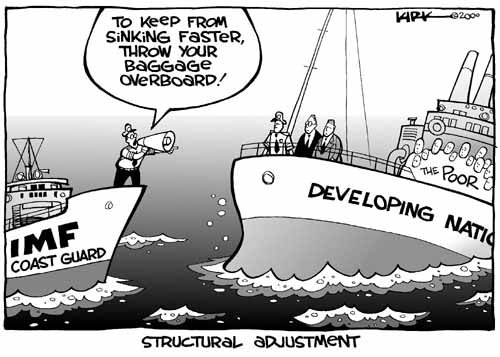 Sri Lanka is $35billion in debt. It is a debt that did not happen overnight. It is a debt that IMF will not solve & cannot solve. Taking loans without a plan & internal measures to curb & cut expenses is not going to help or solve Sri Lanka’s debt situation. Taking loans and burdening the middle class and poor is unforgiveable while offering tax holidays and incentives to the rich & privatizing the little state owned enterprises we have left. It is a valid question to pose whether the economic collapse & financial fall outs are pre-planned with geopolitical advice simply to privatize what little we have left & place Sri Lanka under a defacto foreign rule though politicians wish to enjoy all perks of office at the cost of the tax payer inspite of sacrificing the sovereignty of the nation, a pledge they promise not to do. 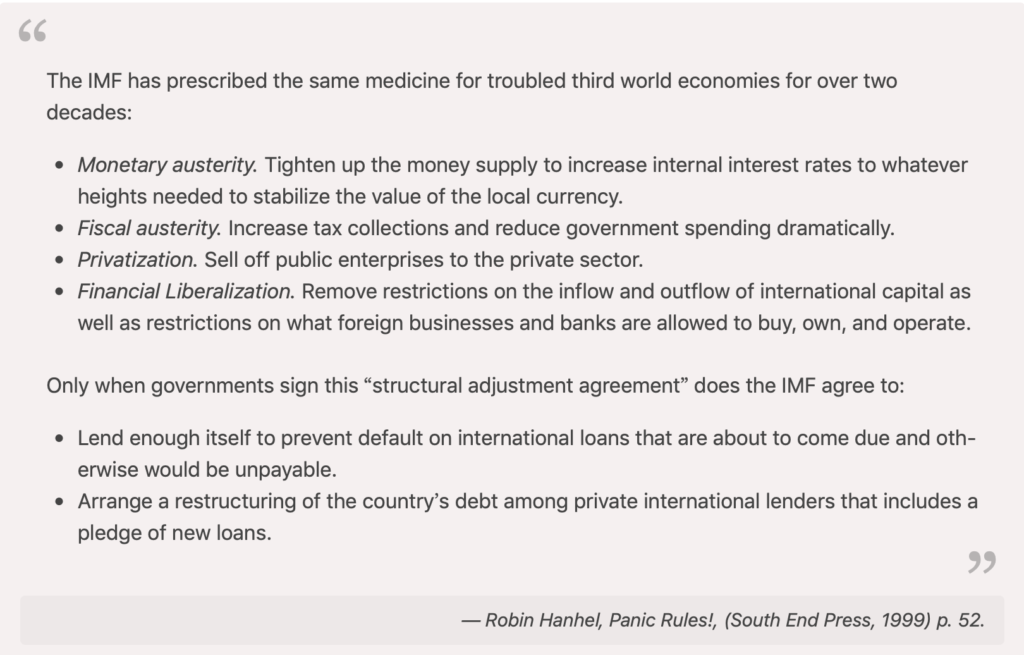 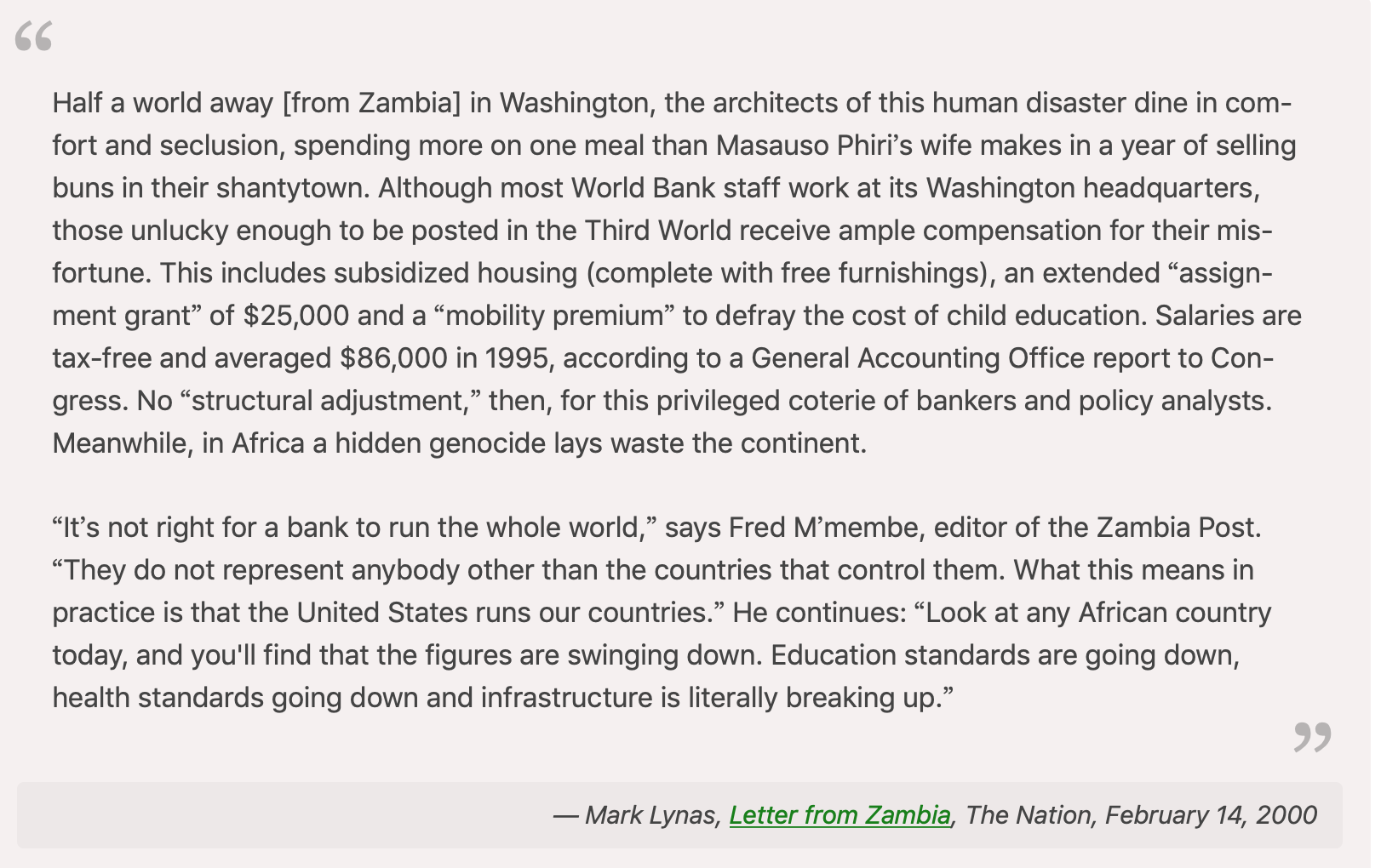 It is puzzling how even those we deem ‘intellectuals’ amongst us are chirping the need to accept IMF loans without even looking at the background & eventual outcomes of these loans. One has to wonder if some of the well-planned protests are simply to justify the government’s decision to return to IMF claiming it to be what the people want. Do people realize the repercussions awaiting them after taking IMF loans?

Sri Lanka is in $35billion debt – how far will $500m IMF loan provide relief & to whom & at what cost to the people? How many of those demanding Sri Lanka run to IMF can answer this or are they happy to enjoy some artificial relief with country flooded with more luxury goods?

Who were the advisors that allowed the import of $300m worth of luxury goods like mineral water when that money could have been used to import oil knowing the global oil situation? Who will take accountability for this bad decision? Tourists must have been enjoying mineral water in candle light!

Sri Lanka has historical relationships with both India & China. These are special for different reasons. Although the manner of these relationships differ, at all times we must be able to balance ties being careful with the manner we deal with each country in particular taking stock of their past overtures to Sri Lanka. In that sense we do not have many good memories of India given its role in terrorism in Sri Lanka as well as the political bullying by India & arm-twisting demands made by India over the years. All these require Sri Lanka’s political leadership to deal with India with caution in particular regarding the demands they make which have political/economic/social & even cultural implications for Sri Lanka.

Why should Sri Lanka give anything to India simply because we have given China? This was the logic used to give Colombo West Terminal without calling for tenders.

Why did Sri Lanka refuse Chinese investments amounting to $3b including an energy plant worth $1.5b that would have answered the current crisis, simply to please India?

Is India purposely demanding Sri Lanka cut off China so as to put Sri Lanka in a standstill so the QUAD could get their way? Is the refusal of 1million Chinese vaccines simply to bring Pfizer – also part of the Quads anti-China program?

Whatever India demands – don’t Sri Lanka’s leaders have a spine to diplomatically do what Mrs. B did when India demanded she not allow Pakistan to re-fuel during the Indo-Pak war? If she did not give into Indian demands, why cannot the present political leadership?

How many are aware of the stringent exclusivities attached to the loans to be given by India? Simply to provide relief for a government by giving $1b loan what does Sri Lanka have to forfeit. We have to give India exclusive access to investments that they demand for Indian companies in Sri Lanka.

While it is noteworthy that we owe China only $8b out of the $35b debt, simply to please India or under Indian orders we have even refused a $2b swap from China which eventually went to several African countries & Iran got $500b.

Can Sri Lanka’s leadership & policy makers explain why we are trotting to India to seek $500m refusing others & likely to agree to giving the Indian Navy access to our waters & giving preference for Indian investments? What is the catch? Why are we sacrificing our sovereignty to allow Indian troops into our waters? This is no different to US Pacific Command coming & leaving Sri Lanka as they liked during the last government. Does this also mean that India will agree to US entering Sri Lanka to implement MCC under another name which will first be vetted by India so as to ensure India’s national security does not get compromised. India is in for future surprises if India thinks US will not eye it eventually to be balkanized.

It should be clear that taking loans or privatizing state entities simply to get a bulk amount has not reduced our loans or provided any relief to the masses though it has upped the lives of a handful doing the deals & enjoying the commissions. A country is not for only a handful alone to enjoy.

With essential goods increasing daily & little or no price controls & black market racketeers having a field day, the govt can resort to printing money & paying public servant salaries but how can local companies especially SMEs sustain their companies to make enough revenues to meet the monthly expenses when these are spiraling? These companies & employees are equally helpless. The scenario is no different globally too.

Small as Sri Lanka is, we have been a resilient nation & the masses have weathered many a hardship throughout its post-independence history. The people have never complained or fussed but have always looked forward to better leadership. But they have been disappointed throughout. All that they have asked & expected for the luxuries that politicians enjoy (applicable to entire Parliament & all political parties) is to protect the sovereignty & territorial integrity of Sri Lanka & the future of the present & future generations. It is not too much to ask of politicians who indulge in colossal waste. But count the national assets Sri Lanka had at post-independence & count how much we have left & how these remaining assets are also being lined up to be siphoned off. This is unacceptable as it is not a solution & it is only going to leave beggars out of our people.

We hope Parliament realizes the debacle taking place as a result of their collective faults & set things right without sacrificing the nation & its people any more than they have.