“Will MCC be signed in secret on 28 October”? Sri Lankans are asking! 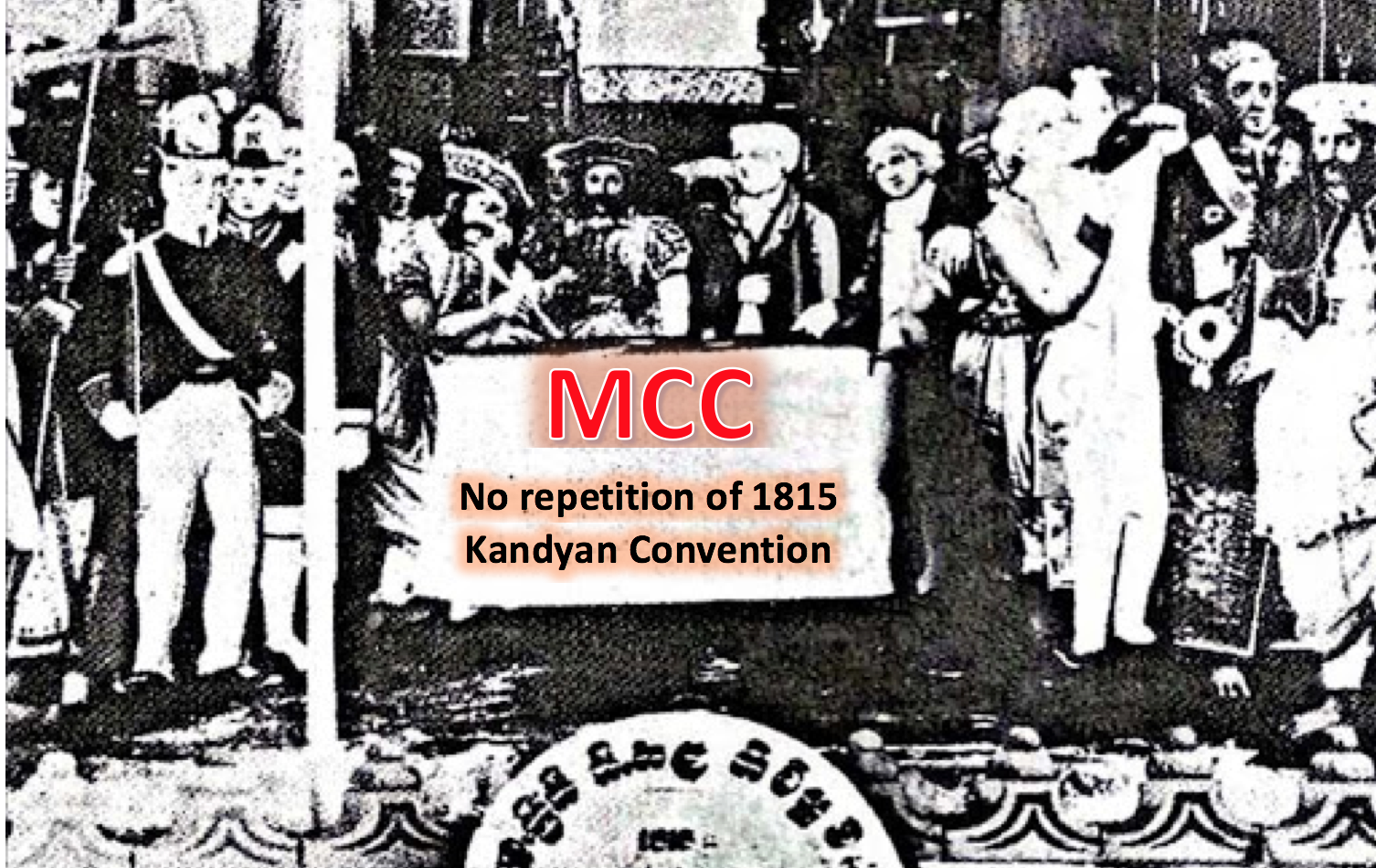 This question is being asked across numerous public portals and begs the Government to answer & relieve all doubts. Having got itself tagged as a ‘nationalist’ government (on top of all the other nasty words plucked out of the dictionary), no citizen expects the Government to do anything ‘anti-national’ especially in secret. The people’s apprehensions are with historical reason. Our island nation weathered countless invasions from South India & three western invasions but they came to occupy & plunder our resources and murdered our people, only because some amongst us, betrayed us. It is this trail of betrayal DNA that has continued to be part & parcel of our political framework even after independence. How many ‘inguru dee miris gaththa wage’ incidents have we experienced? Our people deserve better.

The political system too has been a cocktail of betrayals over the years producing frogs and kangaroos of politicians with no principles except personal gain. As a result, they are susceptible guinea pigs for international agendas with detrimental impact to the nation. By the manner a nobody was propped up via a well-funded campaign to become the President of the Nation, is a stark example of what is not impossible. Well-funded campaigns can turn the worst enemy into a hero and the greatest patriot into a zero. It is a reminder that the evil forces are lurking & searching for their prey.

We have had a Don Juan Dharmapala who not only gave up Buddhism but was more than willing to write off the entire nation to the Portuguese via a gift deed. We have had chieftains no different to the traitors in present day parliament who readily palmed off the island nation to the British simply to enjoy perks & privileges. We have had more than our share of turn coats and implants pretending to be faithful loyalists but paid to work for the other side. It is these traitors that end up doing the most harm and damage to the nation. They don’t care what kind of karma they accumulate.They did so in the past and they have continued to do so post-independence.

We have seen some of the most horrific betrayals post-1978. We were promised a dharmishta-rule but not only was democracy culled, even homes of Supreme Court judges ended up getting stoned. We then walked into a period of bheeshana – no one knew who was killing whom and all that our eyes witnessed were people burning on tyres, tied to lamp posts naked or being taken away in the dead of night, never to return. Coupled with that came the 3 decades of LTTE terror. While terrorists did reign with gun, traitors too made merry, striking deals even with the terrorists. We saw in 2002 the betrayal of the nation on paper, pretending to bring peace, giving terrorists territory officially, while the armed forces were confined to barracks. We somehow prevented the signing of PTOMs and ISGA and thankfully the Courts decided to demerge the falsely merged north & east provinces.

Peace dawned in 2009 but unfortunately Sri Lanka was to enjoy only 5 years of peace and a semblance of development. Another well-funded campaign ousted the winning President of the May 2009 LTTE victory and propped a puppet to rule. The five years saw a plethora of further treacheries with even the two pillars protecting Sri Lanka subject to humiliation and being locked up for trivila reasons in prison. The Maha Sangha and the Armed Forces were the targets of a campaign to structurally destroy the foundational defense of Sri Lanka.

It is in this broader picture that we must realize what our enemies are planning next. We know that with the LTTE tool, removed, the enemies turned to the UN to target Sri Lanka. The Geneva bogus resolutions were well planned. Then in 2015 the puppets were tasked to roll out a series of plans that would decide the next phase for Sri Lanka. The Nation was made vulnerable further. Every corner of public domain was infiltrated, systems were disrupted and traitors placed in positions of power. Every weakling was tapped.

A nation’s nationalism outlives the roles of those they tap to defend the nation. The nationalist lobby brought to power a man they deemed fit to rule. They gave him a victory of 69lakhs. That strength was further fortified via a 20amendment, with the trust and expectation that as custodian and guardian of the Nation, its People and all of its assets and resources would be protected and preserved for future generations.

The people expect much from the sitting President, the Prime Minister and the Government. The people have gone through much since independence. They have weathered so many corrupt leaders, bad governance and plenty of betrayals. They deserve better.

They certainly do not expect figureheads that they adore and admire to betray them.

People can identify the traitors and they openly curse them for their betrayals.

The UNP leader who posed himself as Mr. Clean, is today humiliated and ridiculed by his own party members and followers, then anyone else. This is not how he would want to depart. When closing his eyes, would he like to think that an entire nation curses him as a traitor?

Likewise, no person wearing the crown of patriot, would wish to end up treated like a zero or cursed as a traitor. No amount of riches, no amount of showering of praises by external parties, no amount of glorification can match a person who is revered by the masses. Mahinda Rajapakse knows too well how much the people love him. He remains the world’s only leader to have bus-loads of people visit him across a year after a democratic defeat. The sight was an envy to all his haters.

The reverence of the people, the manner that people look up to patriotic leaders can never be matched by whatever is to be gained betraying the nation. It is not worth its value in gold. To have a nation look up with admiration at their leaders is nothing that can be equaled in its weight of gold or for any treacheries committed. Look at how the yahapalana nadiya are today treated.

People are very worried about the MCC. They know the consequences. It’s worse than any prior betrayals and returns Sri Lanka two hundred years back to 1815. The manner US planes and officials are landing with no checking or quarantine regulations are bad omens of what’s in store for the future. We don’t want to be bulldozed in our own nation & have what belongs to us taken away. This feeling is shared by all communities. Our common issues can be dealt amongst us & by us – we don’t need external interferences or interventions.

The leaders in power, in particular the populist President in power must withstand all efforts to force signing of MCC – under duress or in secret, MCC must not be signed for any reason. Brute rule or anti-people actions will only worsen the people’s hatred at the outcome and is nothing any patriot would want to risk. 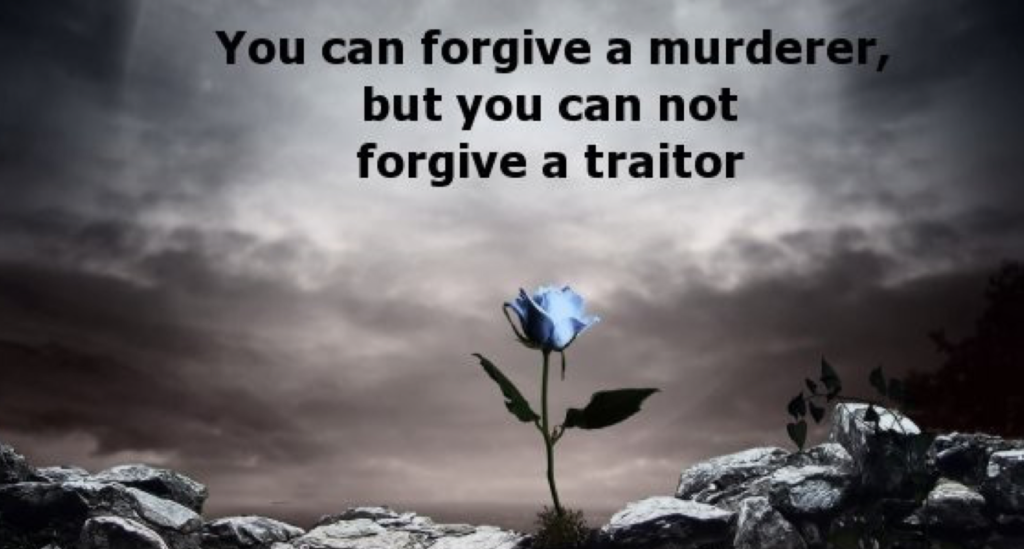