…And who looked after Prabakaran’s Parents? 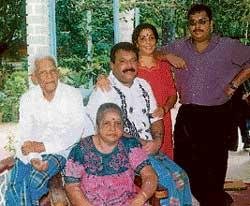 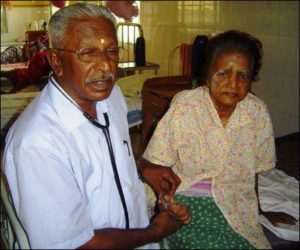 India is getting its media to relay photos of Prabakaran’s dead son and interviewing Callum Macrae producer of the latest documentary tarnishing Sri Lanka’s image but has conveniently forgotten how India’s Central Government refused entry to Prabakaran’s own ailing 79 year old mother (Velupillai Parvathi Pillai) with Indian policemen not even allowing her to alight from the aircraft at 11:30p.m. on 16 April 2010 “”…” how inhuman was this gesture from the Indian Government for an old lady requesting medical attention?

No parent would ever want their child to turn into a murderer or mass killer and mentally the parents of Prabakaran would have suffered much in silence for what their son had turned into. Neverthless, Asian culture is such that the elderly are always treated with reverence and respect whatever their faults and in times of ill health all differences are put aside. Such was the manner the armed forces treated the parents of Prabakaran ensuring that nothing happened to Prabakaran’s parents by their own people.

Prabakaran’s parents came to the liberated areas on 17 May 2009 and was stationed at Menik Farm (Zone IV). It was after the Tamil people came to realize who they were that a tense situation arose forcing authorities to remove Prabakaran’s parents lest harm should come to them. This was a poignant incident because by this time having realized that the LTTE dictatorial rule had finally ended the Tamil people who had suffered because of the LTTE were now free to voice their emotions that had been kept bottled up for fear. Nevertheless, the military authorities out of concern for the aged couple inspite of being Prabakaran’s parents were quick to remove them to a safe accommodation in Panagoda. Not many kudus were given by media but that was always to be expected.

This is the very country that has now initiated a 2nd Resolution against Sri Lanka through the US with a new wave of “perturbed” photos of Prabakaran’s son munching a cookie inside a fortified bunker alongside the same picture that was circulated in 2012 of a gunshot wounded child.

Prabakaran’s mother rejected by India returned to Sri Lanka and died in Jaffna on 20 February 2011. Her 2nd death anniversary just concluded. Prabakaran’s only sister and only daughter of Prabakaran’s parents did not come for the funerals of either parent though informed of their deaths.

Sri Lanka has shown far more humanitarian gestures than the country is given credit for. Sri Lanka does not deserve the double standards and hypocrisies that it now faces at the UNHRC.