Easter Sunday Mass Murders – Who are the “Maha molakaru” (Planners) 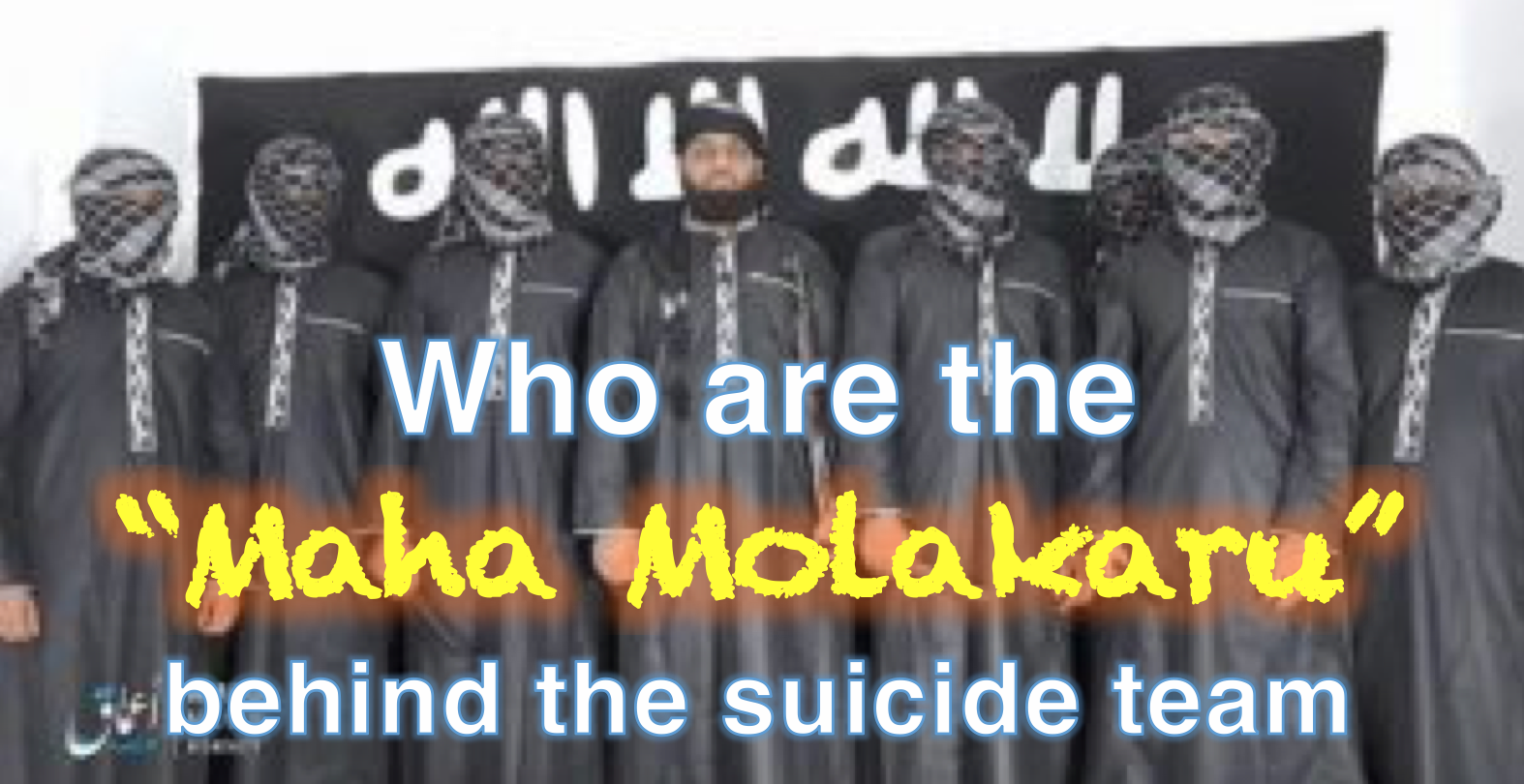 8 suicide bombers carried out an unimaginable mass suicide. That these suicide bombers were Muslims & quoted the Koran is a fact. That they targeted 3 Churches holding Easter Sunday masses reconnects with historical angst between Islam-Christianity (Clash of the Civilizations) and brings back memories of the many religious wars held. That 3 hotels were also targeted with 2 suicide bombers dispatched to only one hotel raises speculation as to something more than religious hatred. It is therefore no surprise that even after over 2 years, even after arrests & interrogations the ‘maha molakaru’ remains at large & we can only wonder if their involvement will ever come to light just as President John F Kennedy’s assassination remains a controversy even after 50 years!

But we certainly do have questions …..

Since Zaharan and his suicide team affirmed allegiance to ISIS – we need to link ISIS to their real paymasters who takes ISIS wherever their interventions are earmarked. ISIS, Al Qaeda, Boko Haram and a list of other Islamic terrorist groups function as Mary’s lambs eventually killing more Muslims than non-Muslims. So we have to wonder who this ‘maha molakaru’ is who planned to place ISIS in Sri Lanka immediately after a US-funded regime change in 2015.

Let us further connect the dots – in 2009 after the defeat of the LTTE & US losing their cannon, they rechartered their Asia strategy obviously giving up on LTTE for strategic advantage & turning to their more loyal lambs. 2019 – Sri Lanka had its first taste of that medicine on Easter Sunday.  Now these ‘maha molakaru’ are using their other pawns to spread wild notions & remove decorated officers and further weaken national security. So obviously the key target is to destabilize Sri Lanka & the pawns are many but the ‘maha molakaru’ are still at large.

We must always turn to history to see the connections.13 dead soldiers was enough to stage an attack on Tamils to write the story – Sinhala discrimination & justify LTTE taking arms though everyone conveniently forgot LTTE started killings way before 1983.

Similarly, Easter Sunday attack saw international media end their reports with a tagline giving the impression that Sinhala Buddhists were attacking Muslims and tactfully diverted attention from the Easter Sunday victims to presenting Muslims as victims & spread the notion that Buddhists were attacking Muslims. Attacks on 3 churches had nothing to do with Sinhala Buddhists, the churches were the worship centres of Catholics. This version was spread to dilute the swords in Mosques and other dangerous weapons found after raids by armed forces & police.

The killings took place under the watch of Yahapalana government where majority of Catholics had voted for them to come to power. The spin masters quickly turned the guilt of negligence by yahapalana to spread notion that the present government (then opposition) were linked to the attacks to return to power. By April 2019, yahapalana had by its own follies proved its inability to run the country. There was no requirement for any opposition role. However, it was a preposterous notion that 8 Muslims would blow themselves to bits to bring a Sinhala Buddhist leader to power!

The suicide bombers left no note, they pledged allegiance & blew themselves up.

Something is missing in this story – who are the maha molakaru that ordered these men to carry out the killings. Indoctrination using verses of the Koran is not difficult – all over the world Islamic suicide bombers use the same quotes but who are the one’s manipulating the verses – this is the answer, we all want to know.