How many Tamil children did TNA save from being turned to child soldiers by LTTE? 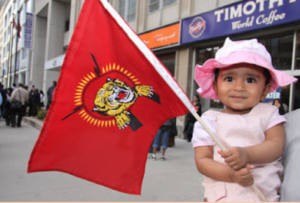 The Diplomats and UN officials and members of the international community always enjoy visiting the TNA every time they come to Sri Lanka and even invite TNA to their countries as well. At the same time these diplomats and UN officials spend a lot of time speaking about human rights, children’s rights and a plethora of other rights associated with children. We know that 30% of LTTE comprised of children. If LTTE had a strength of 10,000 of this 3000 would have been children. It also meant that 30% of casualties & fatalities would have also been children. How many times has TNA, most of whom were fathers and mothers themselves tried to prevent child recruitment by LTTE?How many TNA members had their children sent overseas for foreign education but kept mum about less-privileged Tamil children being kidnapped and turned into child soldiers. How happy is the UN and diplomats with TNA inspite of keeping mum about Tamil children turned into child soldiers?

The TNA and many others will not like to admit that the recruitment of Tamil children as child soldiers had a key criterion.

These Tamil children were from low caste Tamil homes and they were from impoverished Tamil families.

If anyone is questioning the caste aspect of the LTTE child soldiers or even LTTE ground force, it is certainly a good research study academically.

Prabakaran himself was a low caste and many of his key advisors were also. They all found a power via the gun that they could never obtain from society.

It is good for the diplomats and the UN to run through the speeches, statements by TNA since 2008 which will confirm that TNA spoke not a word about the people LTTE were keeping as hostages and human shields and every statement was cloaked to give a window of hope to the LTTE and an opportunity for the LTTE for some breathing space.

TNA did not ask LTTE to release a single child soldier, ever!

When these children died, of course they were sad, not because the child was loss but because it meant they would have to finance another child to be trained as a child soldier.

Imagine how many Tamil low caste and poor Tamil children would have perished during hostilities with a national army, or during training or being shot dead for trying to flee LTTE camp?

Imagine how many of these Tamil low caste and poor children lost their entire childhood living in the jungles, not having the love of their parents, not having a proper meal, even satisfying the sexual appetites of the senior LTTE combatants while inside bunkers for months?

Is the UN and diplomats not bothered about this?

Imagine the agony of the teenage female child soldier having to suffer monthly period pains and other female agonies without a mother or friend to share these with.

This ordeal that these Tamil low caste children underwent took 30 years and where was Navi Pillay, Radhika Coomaraswamy, Yasmin Sooka, Michelle Bachelete to save them?

Where were all those women who love publicity speaking about child rights and freedoms but only subjecting those to mikes and pieces of paper. Did they carry out any international campaign strong enough to take action against LTTE to stop recruiting child soldiers.

What is hilarious was that many of the NGOs and INGOs stationed in the North while LTTE ran a defacto rule, had their offices right next door to LTTE offices and they would have seen enough of LTTE child soldiers even entering their own offices, but did they report these to the UN? Did they demand that action be taken to stop child recruitment? Did they do anything worthwhile to actually stop child soldier recruitment when they could?

These questions are asked because after a 30 year conflict ended, the UN has suddenly woken up and is asking Sri Lanka how it ended terrorism and finding fault with ending it too but this same UN watched children been turned into killers and did nothing about it. 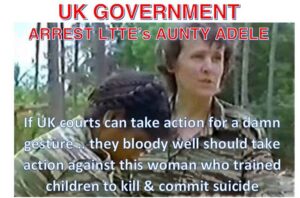 More importantly, from 1970s to 1999 Adele Balasingham a nurse from Australia was not only training Tamil children to kill but she also taught them how to commit suicide biting a cyanide capsule given at the end of the training. This nurse committed 2 crimes against humanity but the UN is not bothered to go after her and the UK issuing demarches against Sri Lanka are silent about this nurse happily living in the UK. 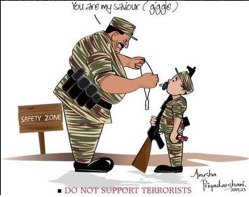 So where was the UN for these Tamil low caste and poor children?

What did UN do about turning children into child soldiers?

Imagine if LTTE recruited 500 children a year for 30 years that would have meant 15,000 child soldiers. Out of this number how many are alive?

We know that in May 2009, 594 child soldiers surrendered to the armed forces. The GoSL did what the UN did not do in 30 years. The GoSL gave a Presidential Pardon and then put them through education and skills development. Gokulan a one-time child soldier is today a singing star much loved by all Sri Lankans.

Did UN create a single Gokulan in all of the 30 years UN claimed to assist Sri Lanka?

We implore the UN and the diplomats to stop patronizing Sri Lanka unfairly.

Too bad the LTTE is no more, too bad the LTTE Diaspora that funds many international programs are angry. GoSL and the Armed Forces ended a brutal terror movement. Yes, there has been casualties during the last phase. Both sides were not engaged in firing roses. The LTTE were given chances to lay down arms and surrender. They chose not to. They chose their fate. How many soldiers have LTTE killed when they surrendered to them? How many unarmed Sri Lankan Police did LTTE kill? 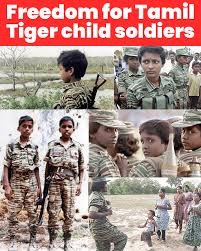 It is unfortunate that the UN and diplomats seem to be more bothered about how and why LTTE died totally ignoring that the Sri Lankan citizens are living life without fearing LTTE suicide missions and bombs. It’s time for the UN and the diplomats put an end to this ‘how did LTTE die’ song pretending they are only interested in civilian deaths. They know very well that the LTTE had a trained civilian armed forces – their deaths cannot be presented as civilian deaths.

So until UN and clearly differentiate who was LTTE who was a civilian – the UN cannot be issuing any red notices to Sri Lanka’s Armed Forces. 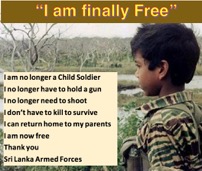 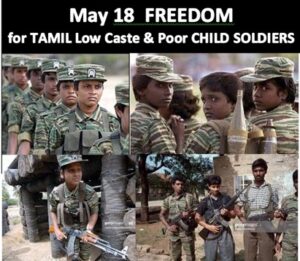