Let us return to the impeachment of 2 Chief Justices of Sri Lanka – how they were removed matters not so much as the trial or the allegations related therein. Another noteworthy feature is the manner one Chief Justice got full international backing while the other received only international condemnation. This is quite strange for the “international community” & the legal fraternity that claims to be unbiased.

Procedure to impeach a Chief Justice 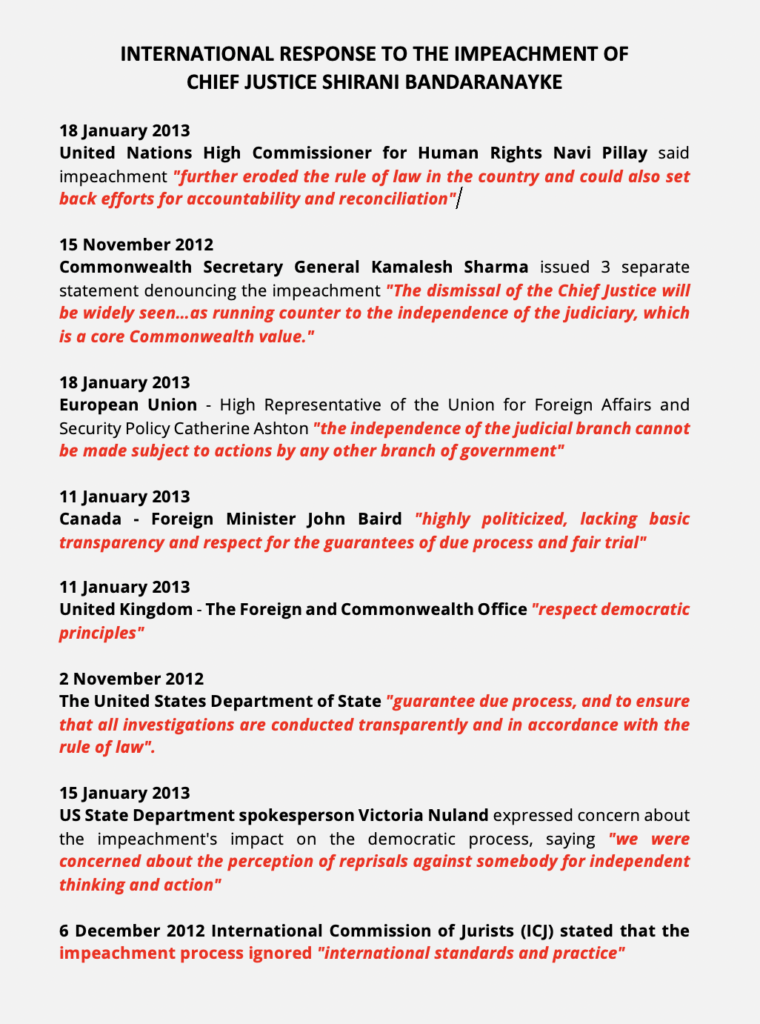 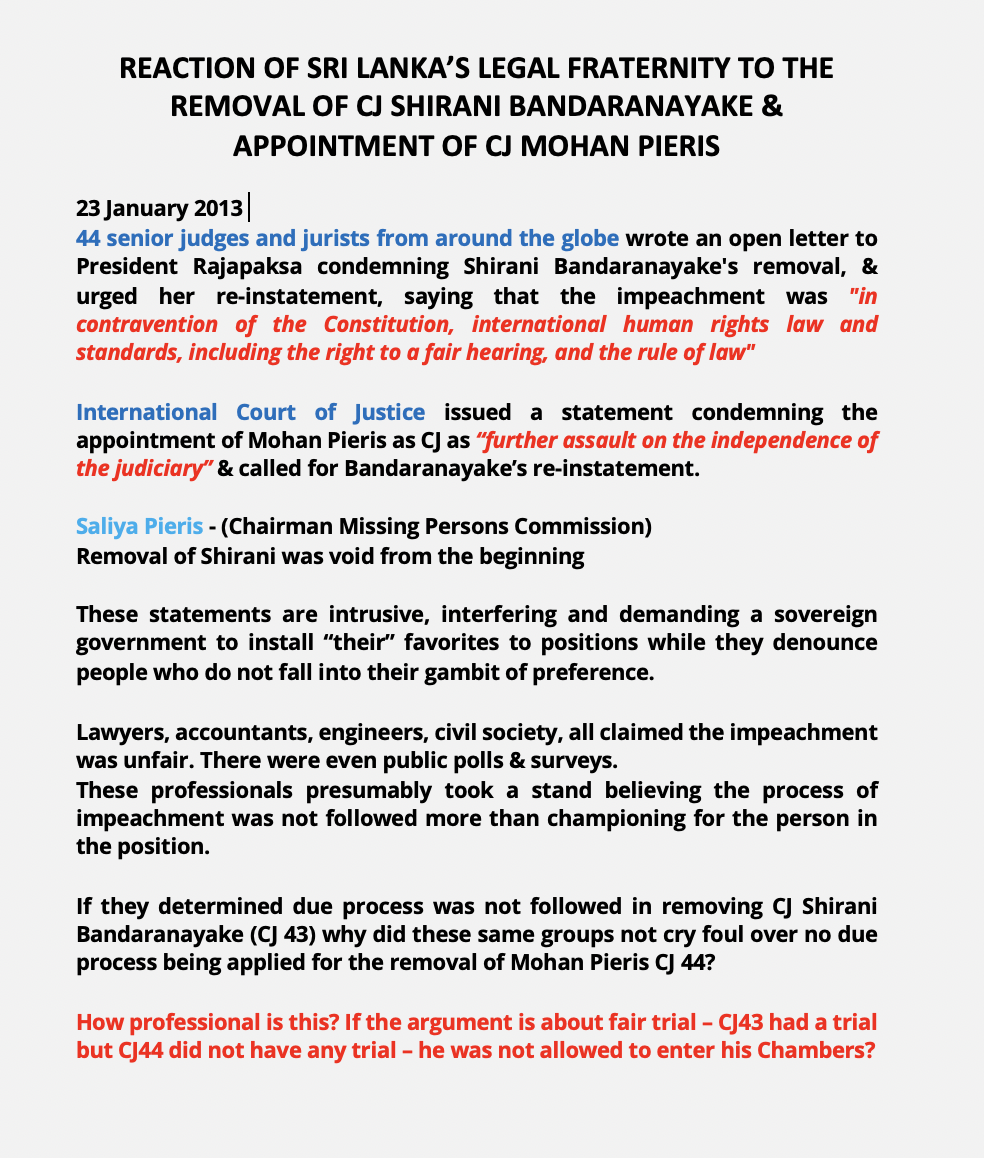 Question is can the President alone remove the Chief Justice at his will & that too through a letter sent by his secretary?

The same parties that claimed due process was not followed to remove Shirani Bandaranayake removed Mohan Pieris by protesting and not allowing him to enter his chambers. Is this the due process they are promoting?

Is international standards & rule of law to protest & remove a CJ and obstruct him entering his Chambers and not the Constitutional provisions stated to remove a CJ?

A victim is a victim irrespective of the face! So where were these unbiased, impartial, rule of law, due process, upholders of law & constitution for victim CJ44?

Was a procedure followed for the removal of CJ43 & CJ44? Irrespective of any legal loopholes. Was there a process that was followed for both?

Additionally, if void ab initio term is used it next raises another more important question of the legal validity of every judgment made by Mohan Pieris as CJ44 from his appointment in January 2013 to his removal in January 2015?

Why is no one answering this question?

Ironically, not only did we have 2 Chief Justices in Sri Lanka in 2015 but 2 Prime Ministers as well. While PM D.M Jayaratne did not resign or was sacked as Prime Minister by gazette, RanilW was appointed as Prime Minister. Once again none of the “rule of law, democracy, due process” bandwagon came forward to bemoan the illegality & unconstitutionality of this appointment. Ironically in the same controversial manner he has once again become PM and the same parties are once more silent.

This selective & partisan approach by the usual culprits is nothing to be surprised about.

The general public should realize the futility of their rhetoric, pretending to be upholders of good governance but doing the opposite.

It is our duty to highlight these violations & leave it for you the reader to decide.