If Sri Lanka signs MCC, a Private Company will take over job of Parliament & Politicians

We are living in times when international companies are taking governments to courts and winning millions in compensation. Sovereign governments cannot afford to hold the tax payers to ransom with irresponsible decision making that will only leave the People to suffer consequences. No compensation for wrongs of politicians has ever been paid by them. MCA-SriLankaisto be a private company set up AFTER signing MCC & AFTER the signed MCC Agreement is passed by Sri Lanka’s Parliament.In setting up a private company, the MCC/USA demands that Sri Lanka DELEGATES its POWERS to a private company.If the alarming nature of this has not digested into Sri Lanka’s politicians yet, it should do so. They are likely to soon be jobless. This would mean no requirement for a Parliament, politicians or elections. With powers being passed by politicians to a private company, we are seeing governance of countries pass from people’s representatives to corporate hands.Is Sri Lanka an experiment to see how the political apparatus can be transferred to international corporate hands?

Whether it is this government or the previous government, those flirting with the thought of signing MCC Compact must first realize the dangers they are subjecting Sri Lanka & its citizens for a paltry $480m not even given to Sri Lanka’s Treasury.

A Government is elected to a term in office & expected to function as the guardians of the land & resources and the protector of the People’s sovereignty. Yes or No?

Therefore, the first question is – Do the People elect a government to have them delegate powers the People give to the Government to hand over to a private company? Annex 1-34 of MCC Annex IV 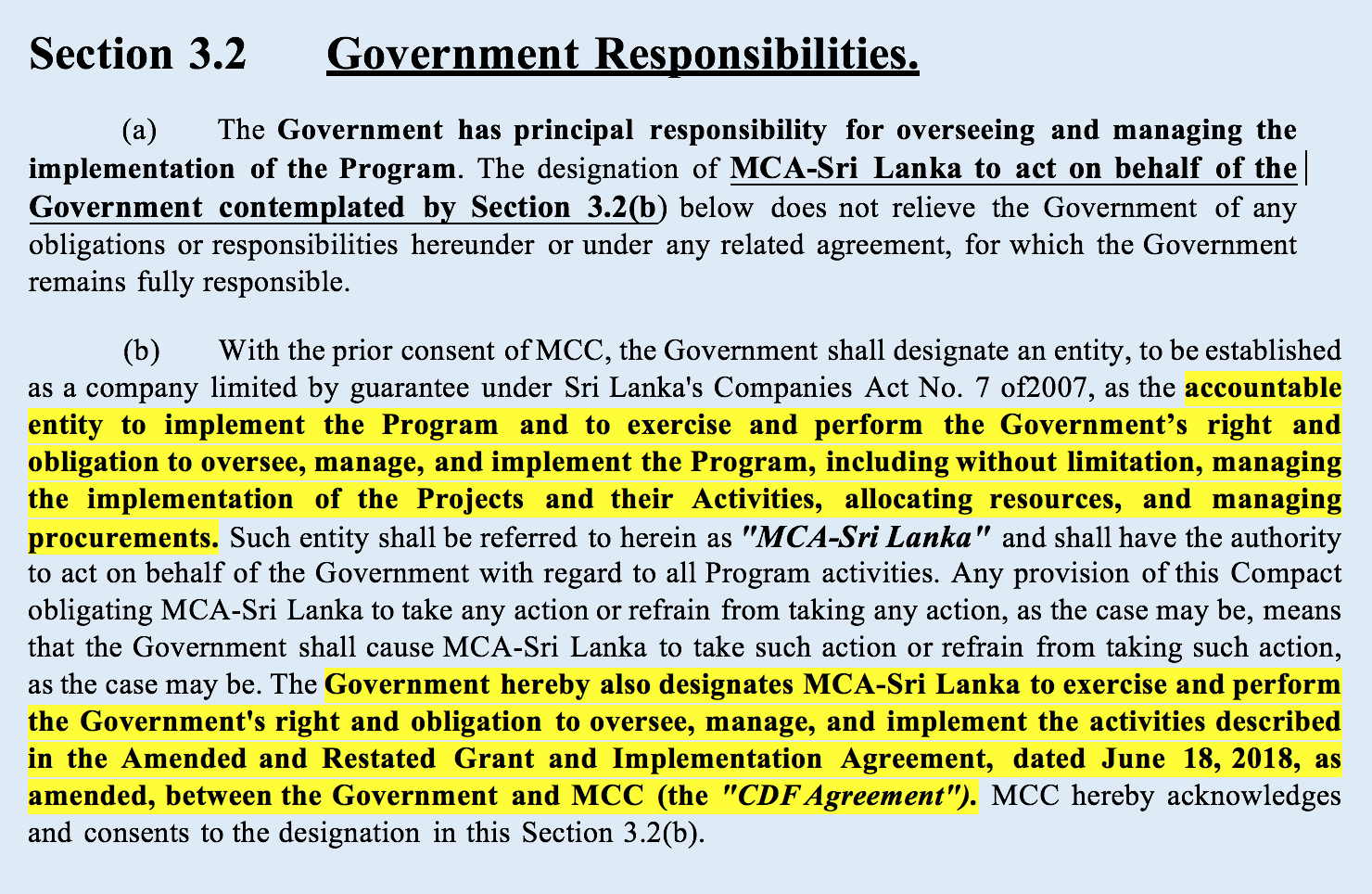 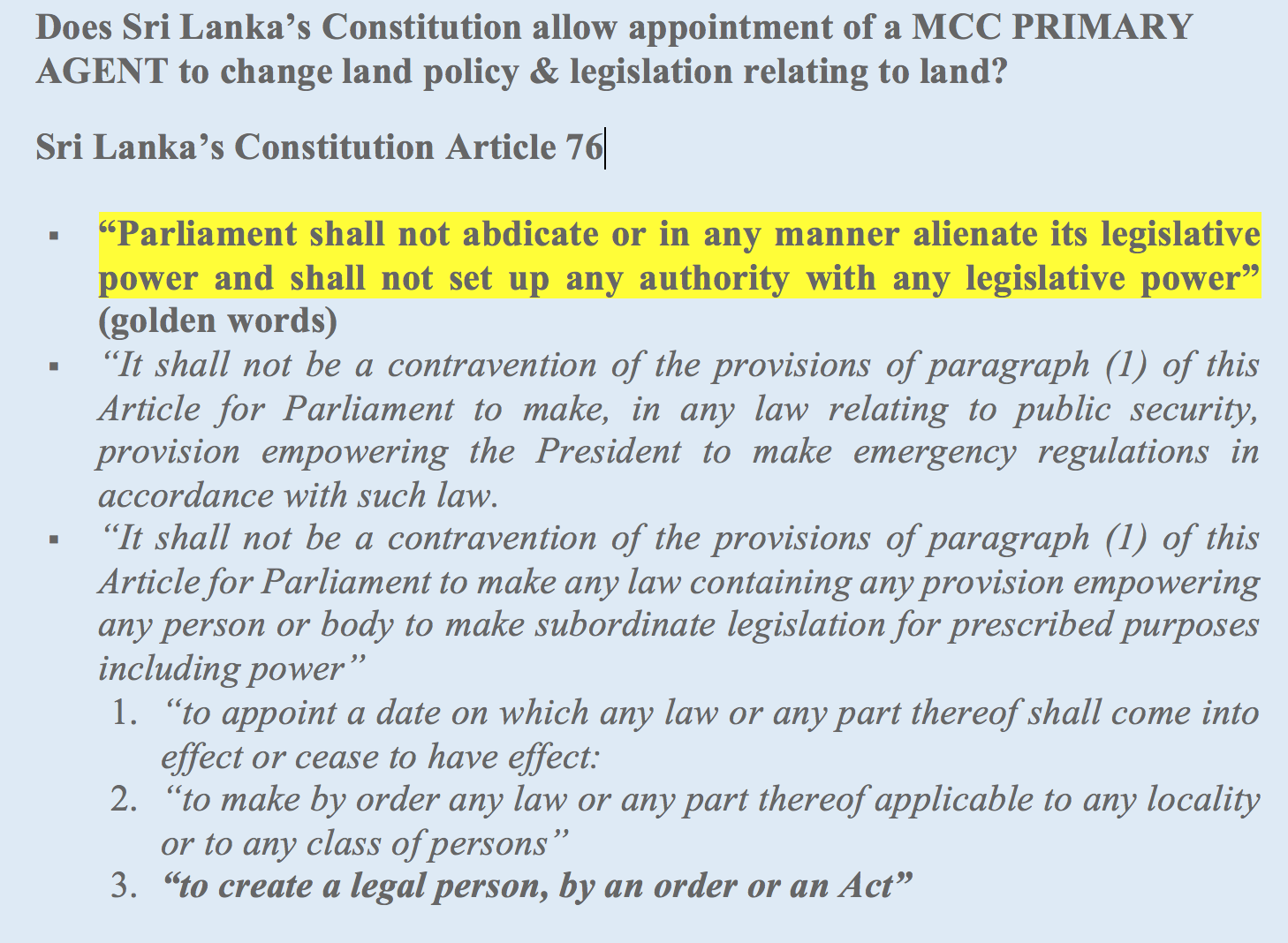 Of late we are having unprecedented interferences on Sri Lanka’s internal affairs coming from Quad quarters. We are seeing manipulations in statistics too.

It’s all about Modi, Moragoda and Moodys now.

But more worrying to the politicians should be their future – MCC signed & passed by Parliament means international corporates will rule Sri Lanka under international law.