Is Sri Lanka a victim of social media manipulation 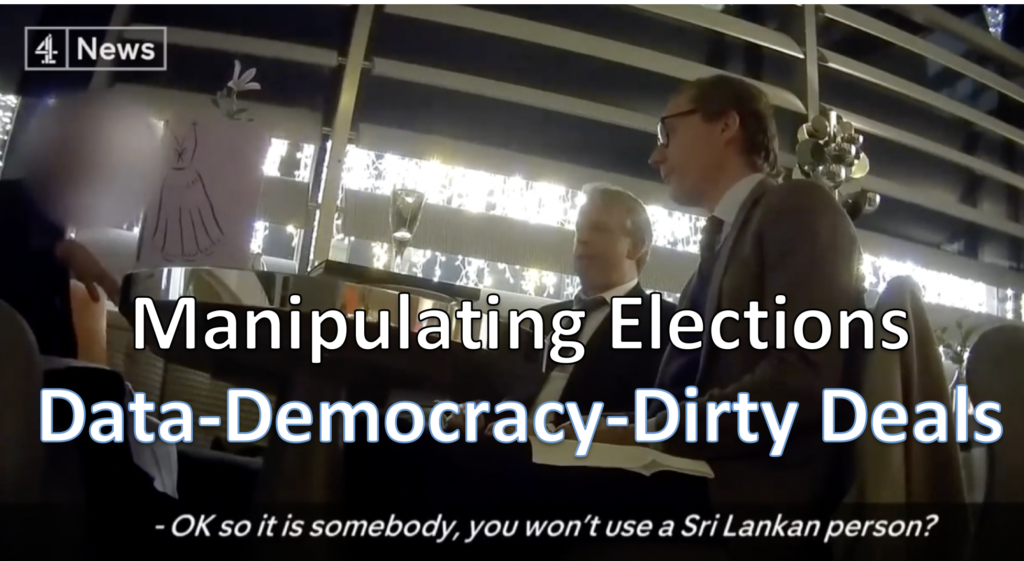 Cambridge Analytica showed the world how personal information of people on social media is used to swing elections. Is the same being applied in Sri Lanka. Protests are a new norm. All types of people join affording opportunities for others who join for different reasons. What or who is psychologically motivating them deciding ‘enough is enough’?

How are people’s emotions aroused – if people are repeatedly shown footage of police attacking people, media is able to build a negative belief against the police. This is enhanced by interviews that describe the attacks. These messages either before or during a protest, automatically is able to build hate in the people against the police. Similarly, the reverse can happen too. The police can be negatively fed information about the protestors. The mind is being influenced in ways people are unaware of. It can even make the laziest of person want to go & defend whom media wishes to portray as ‘innocent’.

Social media can fan peace and protest – it depends on how it is used, by whom it is used.

It has turned into a money making operation – where people pay to manipulate people. It is a different form of marketing. It is building an ‘identification’ – what if the victim is oneself making people identify themselves with the victim.

Are we aware that our lives are being monitored & controlled digitally threatening our human rights?

What time you wake, your preference for food & beverage, what time you eat, leave home, what websites you visit are all known. Without you knowing, you have been digitally profiled.

Cambridge Analytica is just one company that manipulated people’s data from 87million Facebook accounts given by Facebook. Once a person is digitally profiled, messages are packaged adjusting to the person’s likes & dislikes. Social media is able to manipulate our emotions, it is aware of our psychological vulnerabilities & can sway our thoughts on who pays & how they want to influence people’s thoughts. Like-minded people are always profiled & packaged. Digitally profiled people “pawns” to be influenced depending on who pays for what. Unknown to us, our lives have become ‘manipulative money-making’ tools. Facebook makes $22b annually.

What everyone needs to ask is

“am I being psychologically manipulated”

“is my social media being profiled”

“when I use google maps, does it mean someone knows where I am going & who I meet”

“am I a victim of fake news & false flags”

Listening to interviews by whistleblower Christopher Wylie who was the brains behind the Cambridge Analytica operation will shock you. Cambridge Analytica was used even in Kenyan election, Malaysia, Brazil & Mexico & India. The age-old honeytraps were used – sex, secrets & spies. Who to target – how to target is key. Knowledge of the Opposition & what their secrets are. Evoking people’s fears, conscious & unconscious.

Kenya’s Election: Mark Turnbull, MD of Cambridge Analytica “We have rebranded the entire party twice, written their manifesto, done two rounds of 50,000 (participant) surveys……written all the speeches”…. “we had staged the whole thing – so just about every element of his campaign”.

Whistleblower Wylie came to the open when his predecessor died under mysterious circumstances in a hotel in Kenya during the 2013 Kenyan elections.

Mark Zuckerberg was questioned by the US Senate for his role in the Cambridge Analytica & the use of personal data on FB to influence US presidential elections, UK’s Brexit referendum and other elections worldwide.

Trumps team wanted to create a “Cultural weapon” for Trump’s victory. Each voter targeted as a personality not just a voter.

Cambridge Analytica provided that starting in 2014 & Trump won in 2016. What did they do?

The expose came when Facebook failed to delete the information/emails used to manipulate people.

Sri Lanka’s present PM too claimed Cambridge Analytica approached him (UNP) also in 2014 prior to the 2015 Presidential Election. The PM says the UNP did not use them. Then former Secretary to Mass Media, Dr Charitha Herath claimed via tweet that the Rajapakse camp was helped by BJP’s top IT strategist Arvind Gupta but it proved a failure. That tweet was deleted.

Social media has negatively impacted harmony in Sri Lanka. It has been intentionally used to build hate between communities via false FB accounts and trolls. The flipside of this is when the creators end up the one’s bringing new laws that curb people trying to expose the truth and not prevent those spreading hate. Almost all times, counter-measures end up creating more problems than providing solutions.

Anyone trying to raise awareness against possible misadventure or informing the real dangers of agreements etc gets ‘reported’ and their account is either blocked or suspended for a time period, which is usually until that topic is done & dusted or forgotten.

The real success of this company can be tested if they can use their manipulative tools to make the present PM the President of Sri Lanka by an electoral victory for the payment they take!

The manner a foreign company can manipulate a foreign election and digitally intimidate voters & their emotions is not only shocking but scary.

Every campaign is done subtly so even protestors do not think they are being manipulated but they are, this is what everyone needs to take cognizance of. Sri Lanka’s protests are no different to protests that are now staged all over the world for which someone somewhere is funding for a reason.