Is Sri Lanka being digitally colonized? 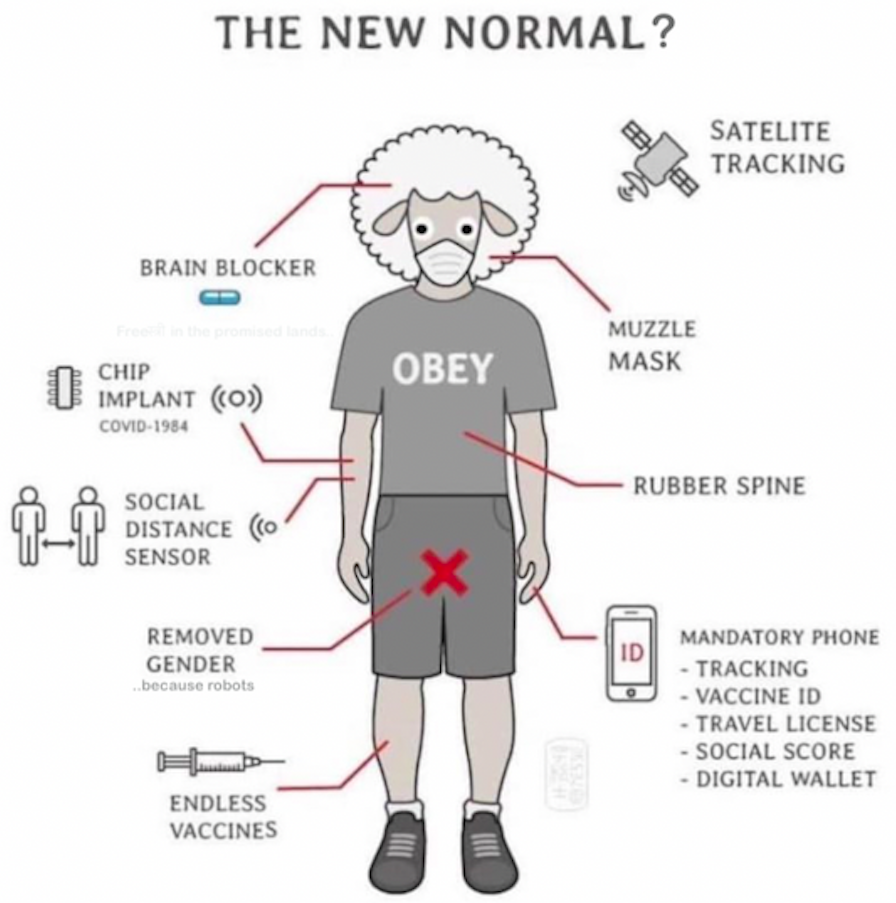 Colonization was when people were sent to occupy territories and claim them as their own drawing artificial borders and christening them with artificial names. Neo-colonialism prevailed using international systems created by the colonials. Digital colonization is when multinational tech companies extract, analyze and own user data & then claim to bring laws to protect data that which has been shared. Data imperialism encompasses access to business, people, social media & entertainment. The imperialists are today billionaires – Jeff Bezo, Elon Musk & Zuckerberg. While Europe controlled colonialism, digital colonialism is controlled by US. The newest ministry – Technology & Investment Promotion has coupled the departments of registration of persons (births & deaths), departments of Immigration & Emigration (travel/migration), Sri Lanka Telecom (phone data) & its subsidiaries & 15 institutions including BOI & the Sri Lanka Standards Institute all merging to facilitate foreign direct investments – what do you think this will imply?

Using the internet or any form of electrical system requires you to share your information with them. Your name, age, address, email, identity etc. This becomes a repository for those who run the back office patents. Data protection claims to come after sharing your data. All of the above ministries are the repository of Sri Lanka’s entire digital information base.

Where man ruled over the colonized resulting in the modern international trade & associate systems, technology has taken over – the state & corporates are equal shareholders in the manner they use surveillance over people & is part of the notorious new world order. Where people, goods & services were imported or exported – today ‘digital veins’ are able to cross oceans and borders. The whole world is today wired, fiber-optic cables, cloud servers are used for data extraction. Where nations had militaries to defend or attack, today’s attackers are a bunch of programmers. What cheap laborers did during colonial times is being done with a touch of a computer button and movement of a mouse or cursor. 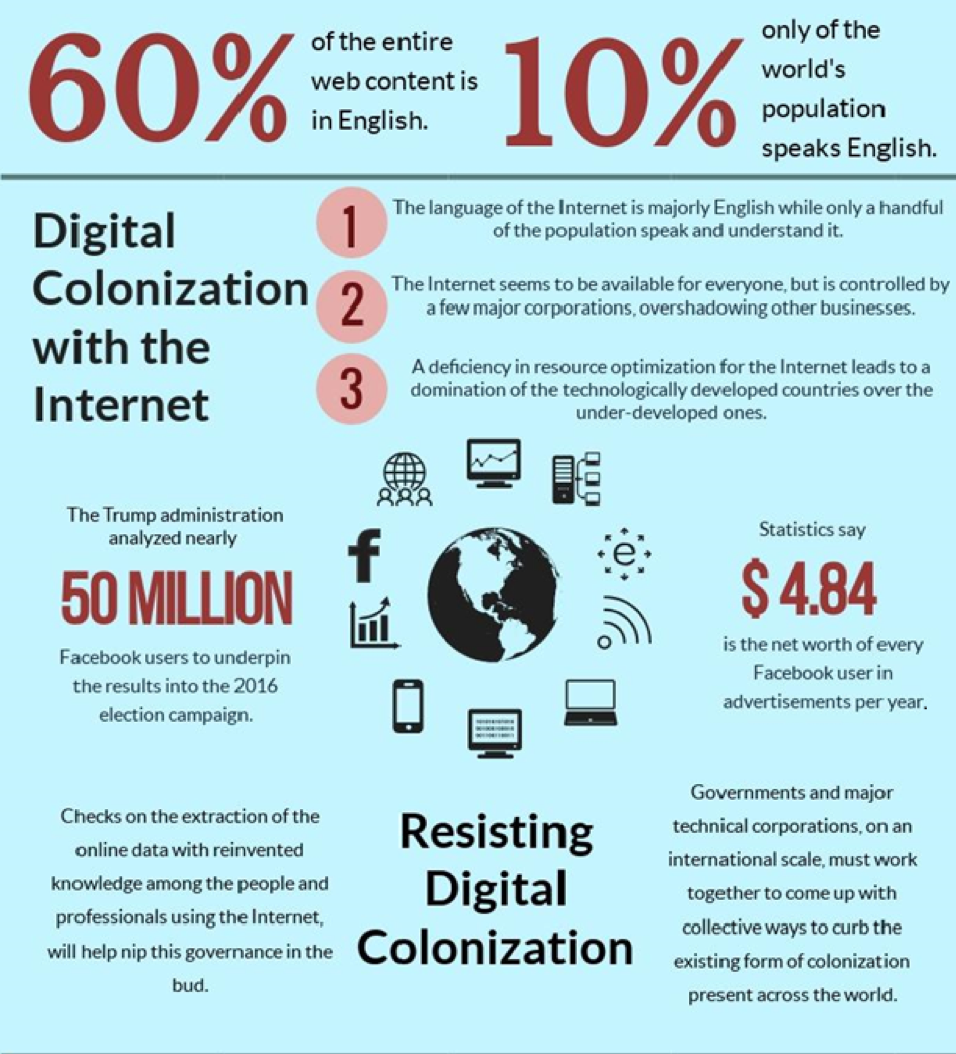 If colonials controlled all colonies, digital colonialism controls everything in the digital world. What is more frightening is that it utilizes tools of both capitalism & authoritative governance to control and manipulate anything and anyone. Computers are the modern dictators & totalitarians. 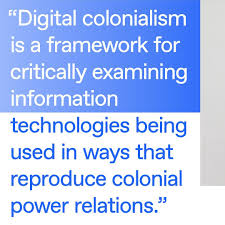 How is this happening?

Let’s take software – the process codes once shared by programmers is being held by a handful & with copyrights. Then internet became centralized with Facebook & Google monopolizing. The cloud services commenced with software operated by big tech companies. Cloud services facilitate artificial intelligence systems and this enables the control of people’s lives. All this sounds impossible, but the reality of information being used for the wrong reasons has to always be kept in mind in a world full of corrupt & corruptions.

The bottom layer of medium range phones/smart phones as well as others who use social media platforms are all under the control of foreign imperialists without their knowledge. They make money from renting IP, branding smartphones while the components needed to manufacture are all obtained from resource-rich & untapped developing countries for a song & as ‘investments’. All the big high tech companies have been accused of child labor in these poor nations. These platforms are used to subtly manipulate & influence our thinking. This is what Edward Snowden revealed in 2013 – that all of the main internet search engines share information with National Security Agency via PRISM program. Even country data as well as corporate data are under NSA radar across the continents.

The more digitalization takes place in every sphere of life starting out from education – the data is controlled elsewhere. Imagine student data on a system – entire life of the child is monitored from arrival time to meals, grades, behavior etc. The child is profiled in such a way that would even embarrass the parents! Note how it has become easy to imprison anyone & secure access of their lives digitally. To whose benefits are these done eventually?

Facebook has entered a deal with India’s largest corporation, Reliance Industries, in a bid to monopolize the entire food supply chain in India. This deal could put the food security of more than 820 million people at risk.

The internet has steadily displaced traditional methods of commerce, becoming a truly global marketplace. Standing on the brink of the Fourth Industrial Revolution, it seems certain that the future belongs to digital technology and innovation.

The whole ecosystem is being digitalized – if there was a time that the sun never set on the British kingdom on account of Colonial Britain controlling all but 11 countries/territories (90% of the world). US has done the exact same digitally! US has reinvented colonialism by acquiring control over digital intelligence, all forms of computer systems & intellectual property. Contrary to the projected knowledge sharing & transfer of technology, what in reality happens is the poorer nations are prey to these multinational corporations as cheap labor.

Digital colonialism or Electronic imperialism can only be curtailed by first understanding that it exists and for people to realize how data is being subtly acquired & stored to be used as & when the owners of the digital data desires.

How can we decentralize the internet away from control of big nations? Its like how the UN & entities is headquartered in all the big nations of the West & under heavy influence of them! International legislation must prevent large technology corporations manipulating user data.

Once again it is this 1% that is acquiring data to control the 99% via digital colonialism, the new means of influencing, controlling and manipulating people.