Is there no term-limit to NGO & Media heads? 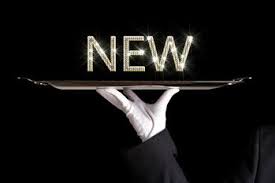 The coterie of people chanting ‘democracy’ and in particular speaking about age limits and term limits of others ignore that the same has to apply to them. Take some of these NGOs and Media heads – they have been heading their organizations for over 25 years! What kind of ‘democracy’ is this?

Here are a few of the main NGOs/Civil Society heads who have something to complain about Sri Lanka at all times. For over 25 years they have been wailing the same sod stories promoting negativity amongst the masses and carrying tales of woe to the international community.

Started as a family movement & continues, though championing against nepotism.

Some of the main English media editors have been holding posts for over 25 years.

These are a handful of examples to highlight that spotlight must also turn to these entities that are always pointing fingers at others while they are themselves not transparent.

These entities collaborate with each other to do major harm. They are given columns on account of the advertising they give to media & these columns for decades have been used to always pitch a one-sided version and brainwash readers or viewers. For decades these individuals in their role for decades have been playing the same broken record.

They call for removal of people on account of their ages and citing need for term limits while they are glued to their chairs!

If they can hold placards and produce blueprints for others, shouldn’t these same checklists apply to them?

Are there no other suitable candidates to take over their roles – are these titles to be held by them eternally? What happened to meritocracy and promotion?