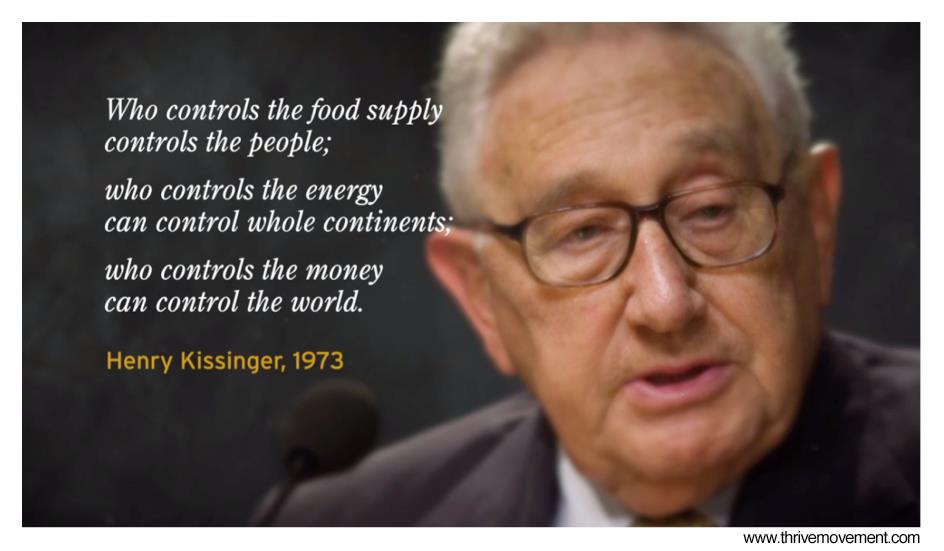 Sri Lanka is faced with several challenges – all taken together the ultimate aim is simply to take control of Sri Lanka. Controlling the resources makes a nation compliant and meets the geopolitical objectives of parties using various modus operandi to realize their goals. This is what citizens of Sri Lanka need to understand. We are being played against each other & amidst the confusion and chaos they are walking away with all our resources!

By now we should have understood that UN/UNHRC have been used to weaken our internal systemscamouflaging this drive with ‘accountability’ ‘transparency’ ‘UN goals’ ‘UN checklists’ dispatching UN rapporteurs with their red cards from time to time. 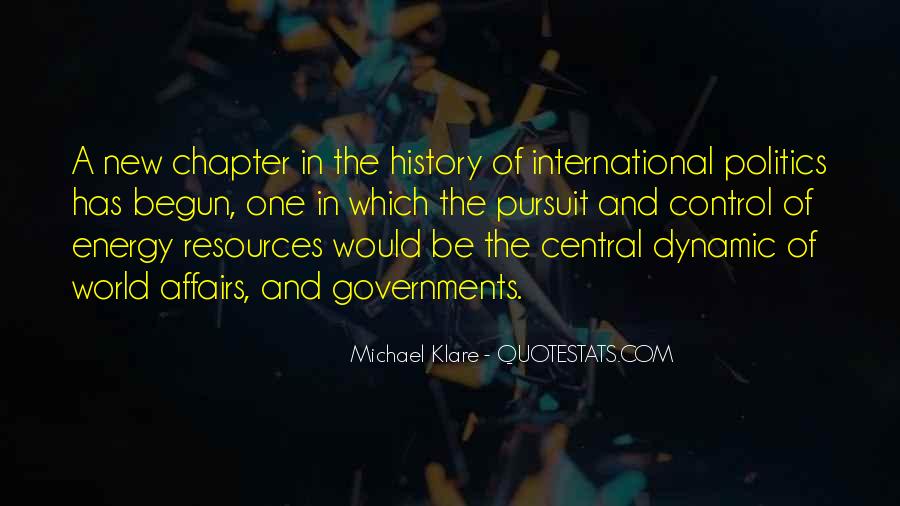 By now we should have understood that IMF/World Bank and other international monetary institutes have also been used to give loans based on ‘bribes’ – negotiations only end up ‘you will get the loan only if you do as we say & agree to what we want’. “Funds” are also given to subtly launch programs or initiatives to follow their agenda – education funds mean no inclusion of history into syllabus, or false history, or whitewashing historical crimes. Funds have a magic of their own. Privatization is a key area of these funds and loans to take control of our resources. Leasing land/resources for 99 years means our generation will never enjoy the resources or see its return for 99 years.

By now we should have understood the role that neo-liberal think tanks/NGOs/Civil Society play functioning as ‘lobbyists’ for the corporate agenda. Look at the manner they organize “research” papers, hold conferences & tamashas to project a very glorious future if state resources fall under control of corporate hands primarily foreign corporates using locals as fronts. In colonial times these locals were called ‘sepoys’ ‘lascoreens’ – they were bestowed titles & given awards to function as representatives of the white man. Post-indepedence neocolonial agendas continue using the same people who are locals in name only but are loyal to the neoliberal paymasters.

By now we should also understand how all of the above cannot take place if a country has a national leader, a government that is strong and a country that is peacefully prodding forward. The objective is to undermine a strong nation.

By now we should know that the rabbits they pull out – the unions, the protests, the demonstrators, the fringe groups, terror groups & extremists – anyone ready to take part in some form of trouble to weaken a nation. 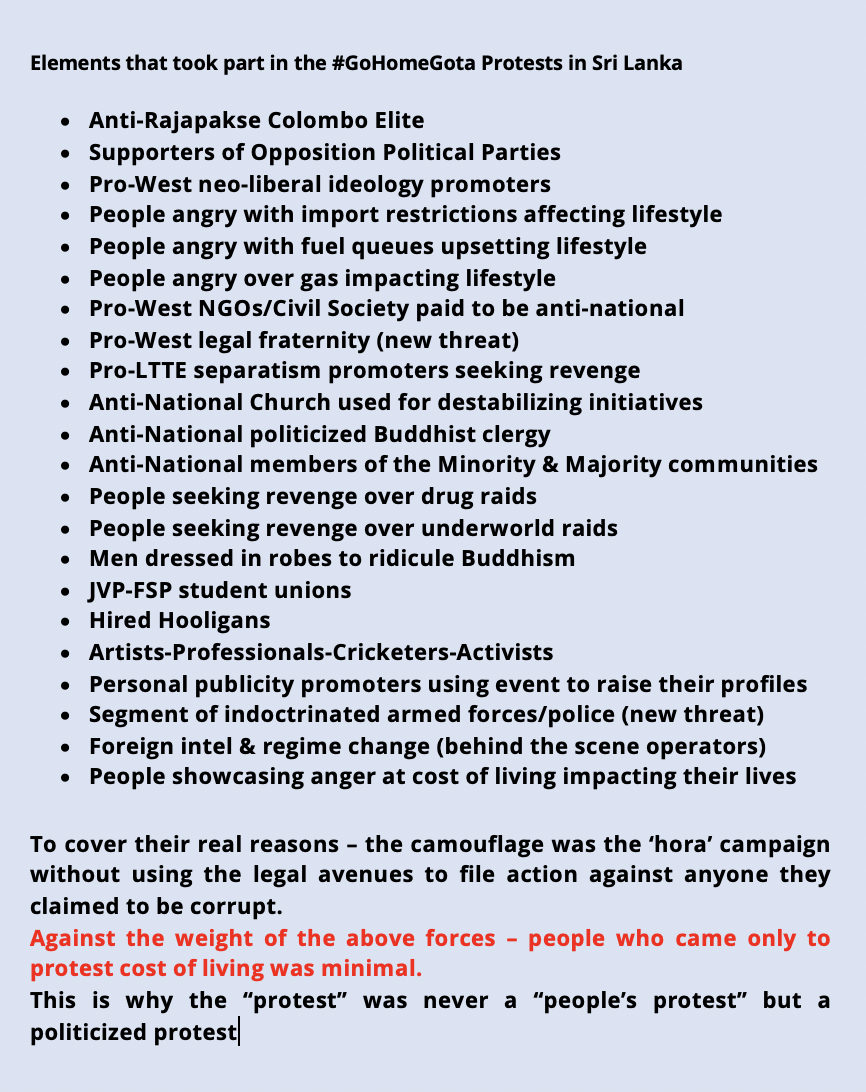 It is finally dawning on most the flip side of the aragalaya. 1% of these protestors certainly had genuine grievances but the rest were either hired or either paid to promote other agendas tasked of them. The organizers of the protests have actually crippled future protests because no dejected protestor would want to be manipulated again. This serves their purpose to ensure that by the time they succeed with their agendas, there are not many to protest as the purpose of protests have been destroyed. Nevertheless, people must protest but they must be watchful of who they involve in future to protest alongside them and ensure their protest is not infiltrated.

By now we should understand the people, the parties, the issues and slogans being used to divert people’s attention & make a govt weak. We must realize the threats and the challenges as well as the numerous googlys a govt is made to face. It is not easy to govern a nation to a national plan when all those out to weaken Sri Lanka & take over our resources throw a plethora of attacks 24×7 to make the govt go off track on its national plans. Equally dangerous is when the enemies place a puppet govt to do their bidding. Read about puppets & dictators propped by regime change in other countries.

By now, even citizens would have realized how they can be easily entrapped by disinformation and misinformation primarily because they are lazy to draw parallels from incidents happening globally & compare them to what unfolds in Sri Lanka. Only a few citizens have been sharp enough to see and realize these dangers and kudos go to them for their efforts to educate the ignorant.

Is the picture getting clearer? None of the aragala supporters are ready to make these connections or even wonder if they too have been used at least the one’s who have not received handouts for their ‘drama’. 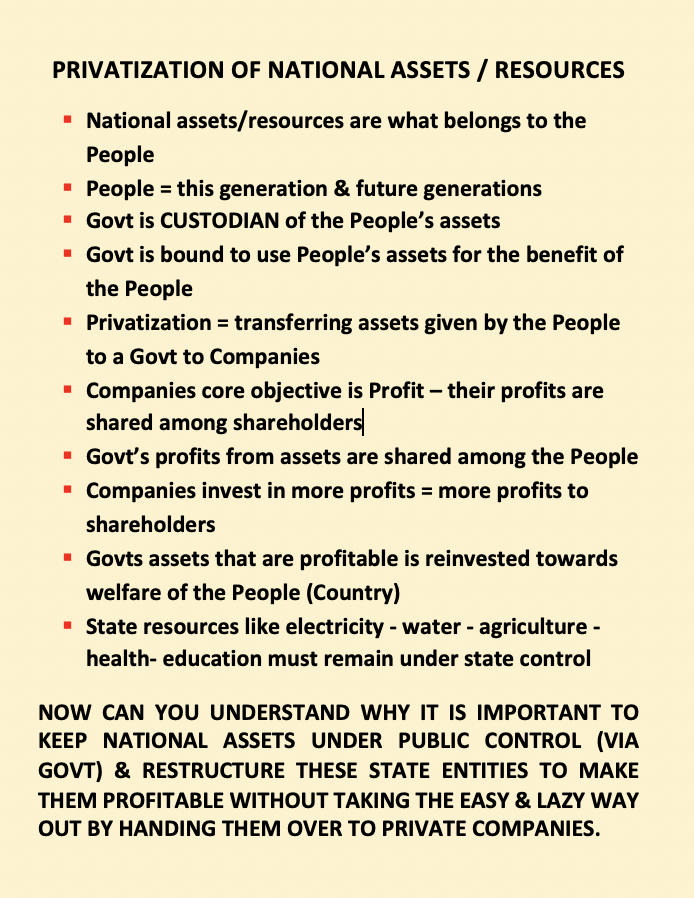 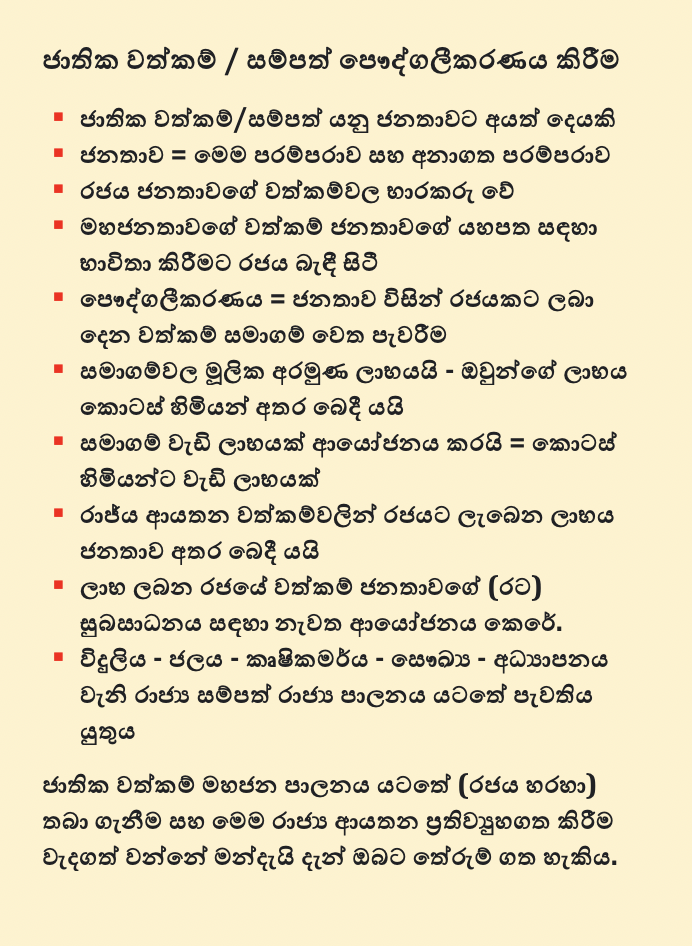 Native cultures are targeted to be ridiculed & replace with theirs, ‘secular’ is being promoted to remove native religious identity & replace with theirs, native customs & traditions are subtly being replaced with their ‘liberal’ values and neo-liberal economic framework – all aimed at drawing people towards consumerisms & selfishness & away from a compassionate society. 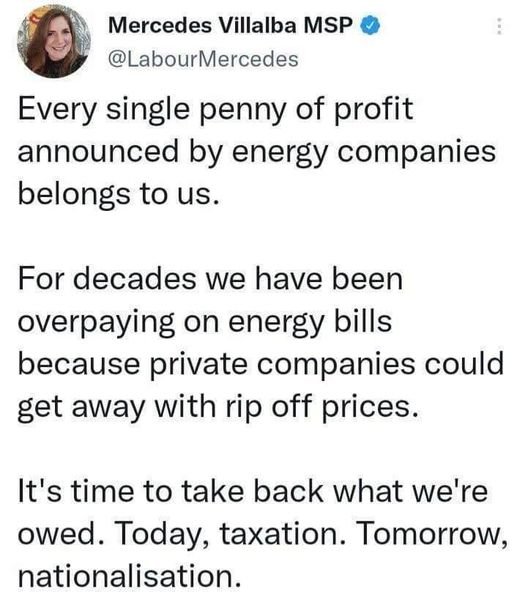 Colonials had no sophisticated equipment. Neocolonials are returning to the countries they conquered with sophisticated equipment & technology to plunder what they could not do. Data colonization is what modern technology is all about. All resources of the world are being centralized electronically & under control of a handful to enjoy but charging the rest who have to pay to enjoy what nature has given us free.

Unfortunately, to our disappointment UNPATRIOTIC POLITICIANS who jump from side to side, get roped into various honey traps laid out by foreign intel (baits are money-women-power-positions). This compromises their commitment to the People and the Nation and since independence, their unpatriotic actions have eroded the level of statesmanship expected of elected representatives to lead Sri Lanka as they have succumbed to all the above scenarios.

The newest scenario is to replace politicians with civil society. With handover of resources to corporates to be run by civil society – the role of governance by government & politicians is removed. This is happening subtly without politicians realizing it or making the connections. Once they lose the ability to tax land or resources which falls into corporate hands & when civil society is tasked to do what they were doing, politicians become irrelevant & people will not have elections or a Parliament but a system advantageous to the corporates and civil society & NGOs who represent them to administer what the people can enjoy at a cost & nothing as welfare. Corrupt politicians are being enticed to facilitate the corporate take over of national resources/assets while others are tasked to create the environment to justify its handover.

The politicians are the ‘takers’ while the ‘givers’ are the entities despatched by geopolitical lobbies to acquire Sri Lanka’s land & resources & assets. This is being done by attempting to privatize state land, by giving stand land on 99 year lease which means people of our generation will never see the return of this land or even be able to utilize it. The next option to counter numerous opposition is the public-private partnerships with the same heavy weight corporates who are given control of the resources & eventual share of the profits. SMEs stand little chance in partnering with the govt.

Confounding the PPP is when third parties like international monetary agencies who are the masters of the corporates enter to dictate how the project is run. 3 stakeholders with 3 sets of differing objectives are unlike to get anywhere near what the public wish to have delivered.

Scramble for Africa was when a handful of western countries took a pencil divided Africa amongst them, christened them with names and plundered Africa. The second phase of this plunder is continuing using technology & fancy neoliberal terms & initiatives justifying their presence. The exact same is happening with the Pivot to Asia. Asia is now the target. 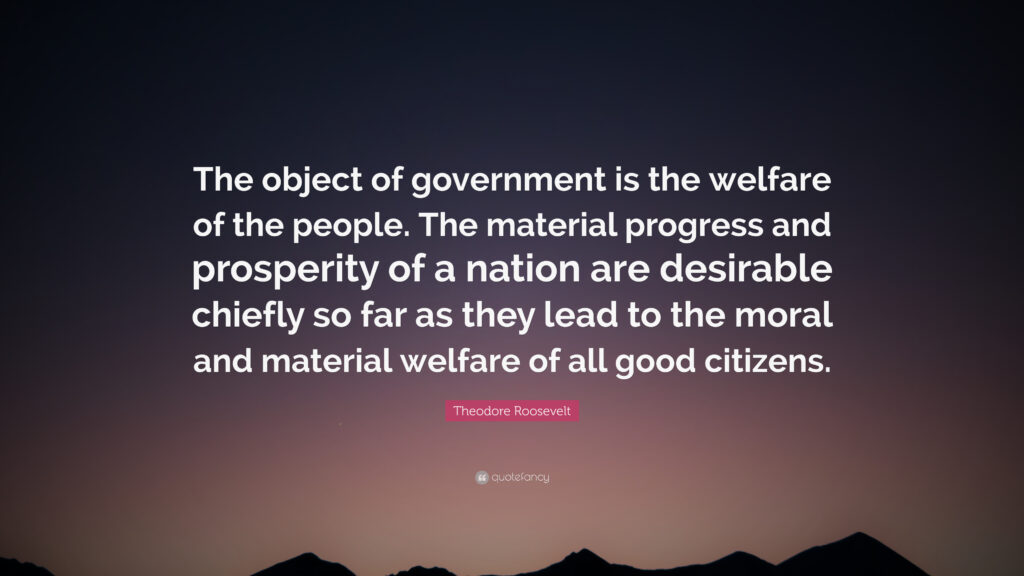 Africa or Asia will never be allowed to rise on its terms. This is possible only if we realize who the true enemies are, who their ‘sepoys’ are and what kinds of googlys they throw at us to destabilize us and how we can counter these. To do that, we must be firm that this is our nation, the resources and assets are for this generation & future generations and that it is our duty to protect, preserve and foster them. 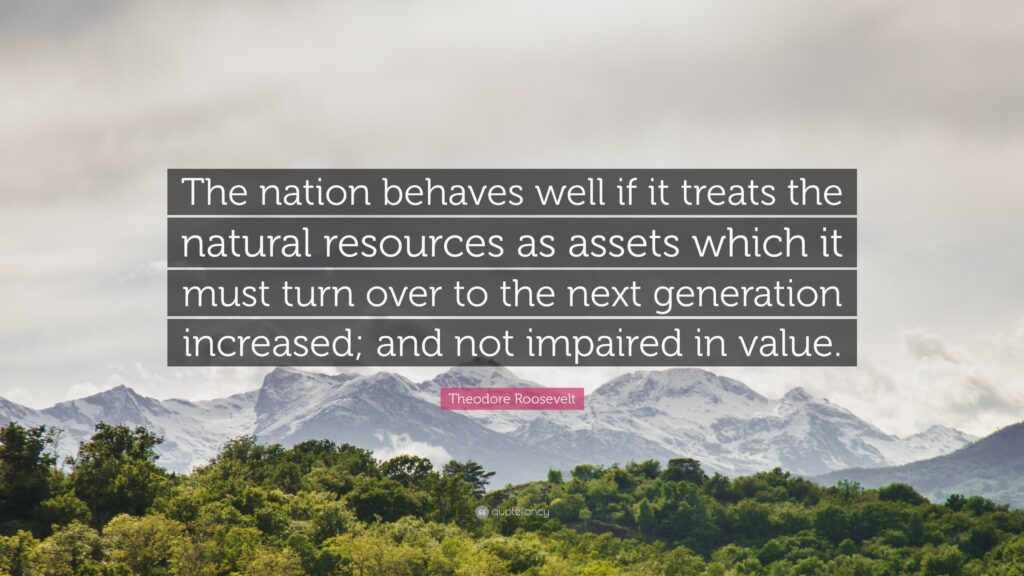