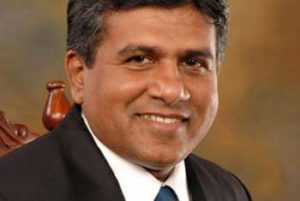 There was much fanfare over implementing the Constitutional Council. The moment the nominees were announced, many clearly pointed out the likely outcome & it was nothing that anyone can today deny. In an interview with Hiru News on 13 February 2019 MP Wijayadasa Rajapakse spoke of his 2 years’ experience under the premiership of Ranil Wickremasinghe government highlighting that the constitutional council was by far the most corrupt of all government agencies in Sri Lanka & that it was not independent & taking decisions based on political revenge which was causing great harm to the judicial system of Sri Lanka.

Recommendation to appoint Solicitor General Suhada Gamlath as Attorney General was rejected because he was the secretary to the Ministry of Law and Order during Mahinda Rajapaksa’s regime.

Recommendation to appoint Senior DIG S.M. Wickremesinghe as Inspector General of Police was rejected because he was the Chief Security officer of former President Mahinda Rajapaksa.

Recommendation to appoint High Court judge Kusala Sarojini Weerawardena to the Court of Appeal was rejected resulting in her having to retire because she had given bail to Lalith Weeratunga.

MP Wijayadasa Rajapaksa cites many other cases of judges having had to end their judicial careers & retire because their promotions had been rejected by this biased constitutional council.

MP Wijayadasa Rajapaksa claims that all recommendations by the President to the Constitutional Council follows advice by the Attorney General.

MP Wijayadasa Rajapaksa says that what is now happening is that decisions are being taken overruling the judicial service commission & even the Executive of the country and as a result the constitutional council are creating conflicts within the judicial system that is seriously affecting the independence of the judiciary and Sri Lanka is heading towards a state-less state as a result of the bias of the constitutional council in its appointments & behavior.

MP Wijayadasa Rajapaksa concluding his interview says that if what he says is incorrect he challenges anyone to a live tv debate.

Has it depoliticized the public service as per its mandate?

Clearly in 2015 while the President had just one nominee 4 nominees were by the PM and given that the Opposition Leader & JVP were also indirectly siding with the Govt that made 7 in favor of the ruling govt including the Presidents nominee.

So where was the impartiality that people were promised?

In October 2018 the 3 new ‘eminent persons’ Naganathan Selvakumaran, Javed Yusuf & Jayantha Dhanapala were also nominees of PM Ranil and they are to serve till 2021.

Every ‘eminent’ person that has been appointed has a checkered past full of controversies & plenty of allegations to deny them to be labeled as people of ‘impartiality’ and people of ‘integrity’.

We can recall that in early February President Sirisena too hit out at the Constitutional Council saying it had rejected appointments of 12 judges giving no reasons for their rejection.

Speaker Karu Jayasuriya’s explanation is that recommendations are not based on seniority and judges are assessed based on their skills – interesting to know who or how these skills are being benchmarked!

We can conclude that the 19a – constitutional council has proved another bogey meant to destabilize Sri Lanka and one that a future government would need to eliminate.