There are some hard facts that need to be reminded given that we are on the topic of ‘democracy’. In January 2015, Sri Lanka held a Presidential election but a minority party headed by Ranil Wickremasinghe was appointed PM on the same day the President took oaths without removing the sitting PM. Without holding a Parliamentary election, a PM was appointed & cross overs encouraged to create a bogus ‘national government’ and this was called ‘good governance’. Parliament was eventually dissolved to prevent the COPE report on the Bond Scam being tabled in Parliament. Good governance promoters stood silent when the constitution was tweaked without seeking mandate of the People by referendum to dilute the powers of the President. There were plenty more irregularities that we can list but isn’t it strange that the foreign media did not go to town objecting to these undemocratic reforms?

The mandate of the People and irregularities during this ‘good governance’ period can be shown in the manner the outgoing PM RaniL Wickremasinghe suddenly secured 500,566 preferential votes in August 2015 which was even challenged by a member of his own party, but in August 2020, he has hardly any votes to count and his party the oldest political party in Sri Lanka did not win a single district seat and could muster an island-wide total of just 249,435 votes. In 2015 – UNP got 106 seats and 5,098,916 votes.

None of what the article’s author claims to have happened during this 2015-2020 period took place otherwise would that party get just 249,435 votes in total out of 12m who polled? Obviously that governance was not what the people wanted and the breakaway group from that party was also only able to secure just 23% of People’s mandate.

Mahinda Rajapakse was elected as President in 2005 by the People and he was rejected by the people in 2015 but he was re-elected by the People again in 2020 and the electorate he contested from gave him a 81% mandate. This is pure democracy at play. All of the family members in roles have also been elected to office.

The head of State in UK is the Queen and she’s been ruling since 1950s.

Most of Asia’s leaders come from dynastic families. That people continue to revere them is the People’s choice but they unlike the Queen are in their positions from People’s vote. It is good for UK media to come to terms with this.

The London Guardian is advised to look into its channels of misinformation given that its Travel Quiz carried ‘Eelam’ as a destination name for Sri Lanka and had to retract & take down the question. London Guardian may like to listen to Lord Naseby on LTTE Adele Balasingham the woman who trained children to kill & commit suicide by biting cyanide capsule and demand action against her under UK Terrorism Act and leave the People of Sri Lanka to decide who they vote for or reject. 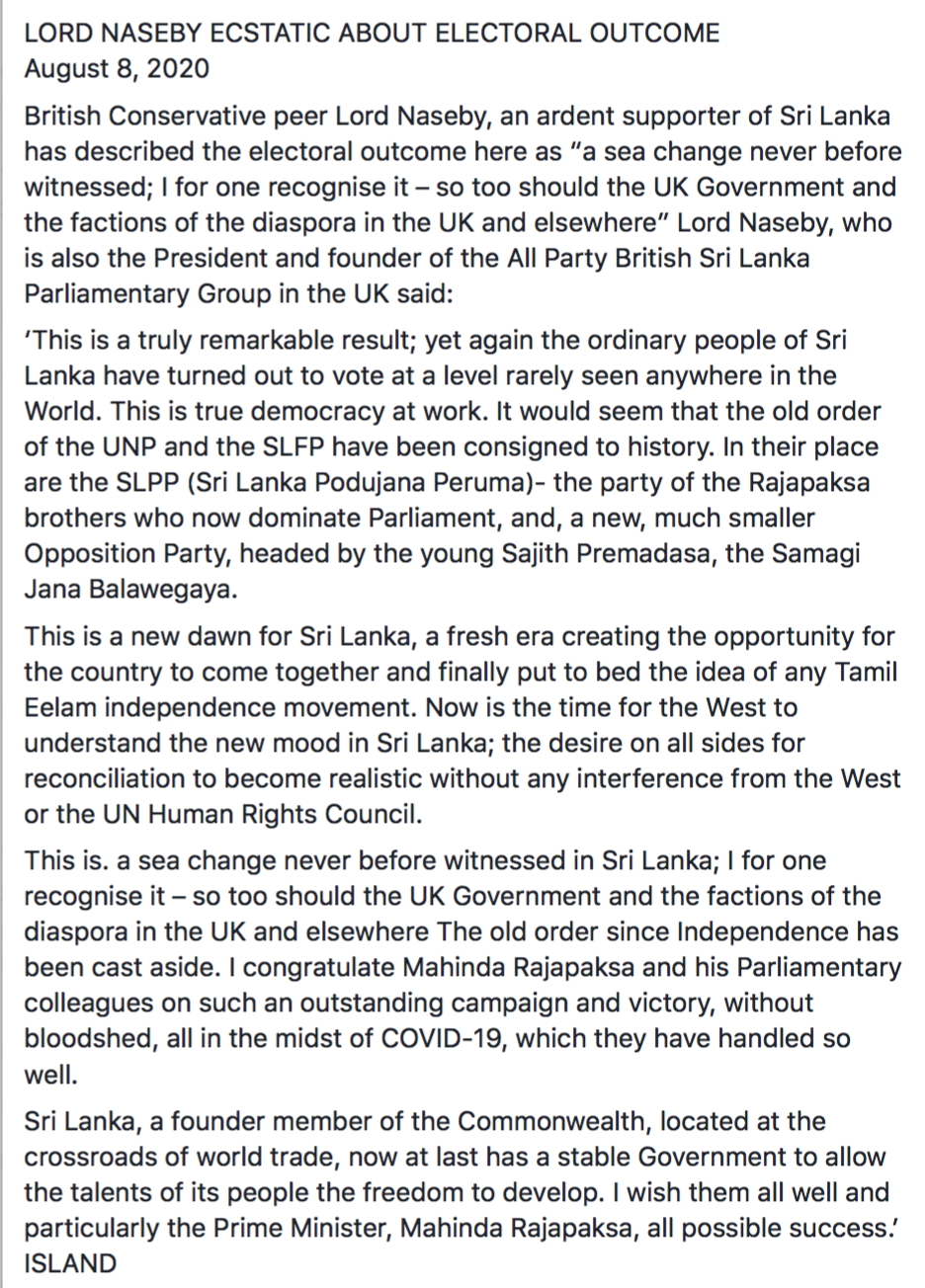