Sri Lanka’s Easter Sunday Massacre: The “mahamolakaruwa” its pawns & those who knew 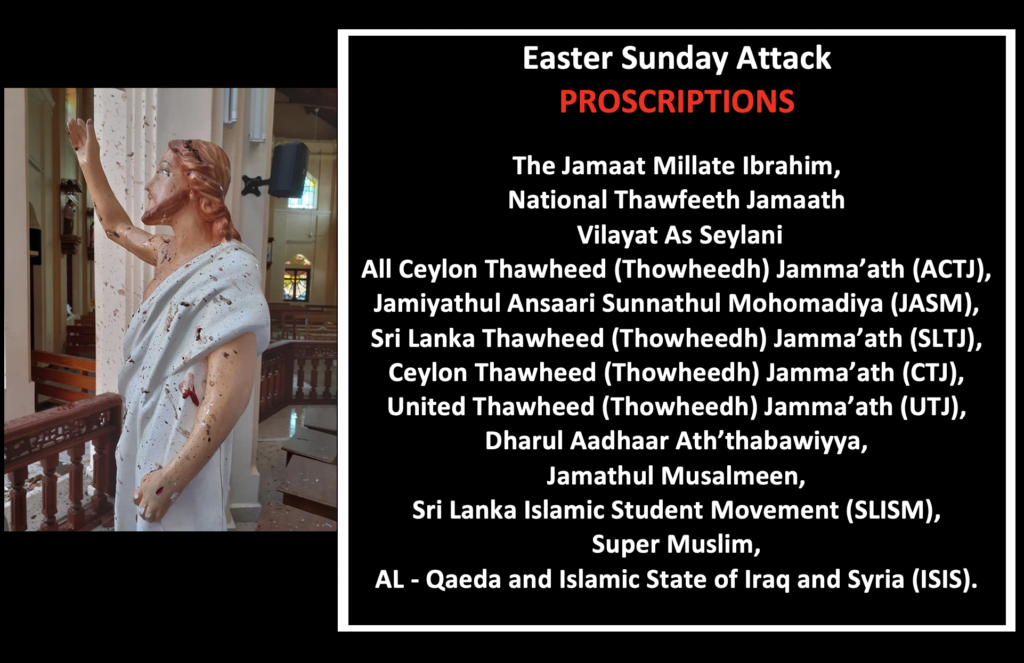 On 21st April 2019 after exactly 10 years following 30 years of brutal terror, another form of terrorism struck. Everyone is seeking justice – but from whom, is the question. The Pope and the Vatican who has been appraised by the Cardinal is also seeking investigation. No investigation can be completed unless there is honesty of acceptance of a historical legacy associated with the killings.

Religious suicide bombing is nothing knew & has taken place throughout history. Many have committed suicide quoting religious texts – killing people in the name of their religion. To die in the name of one’s religion is not considered a crime in Islam. This is proven in the tape recorded by Zaharan & team before committing Easter Sunday mass murders.

Naufer Moulavi was only the middle man who used the religious texts to brainwash a group headed by Zaharan to commit the murders on Easter Sunday.

The religious texts are manipulated to create people like Zaharan & this requires the religious heads of Islam to look at the texts and seek ways to ensure verses are not manipulated to kill. Easter Sunday was not the first nor will it be the last suicide in the name of avenging wrongs done to one’s religion unless the texts that are used to manipulate people to kill are dealt with.

2) Who are the pawns of the “mahamolakaraya”

If the religious texts are the true “mahamolakaraya”, Naufer Moulavi is the molakaruwa who brainwashed a group to kill. Thus Zaharan (team leader) & team are pawns. They have all lost their lives, some of the wives and families have also been killed simply because a man brainwashed them manipulating religious texts.

While the “mahamolakaraya” is not a living being, the pawns need to be named & charged as well as all those who aided & abetted this crime, united in the common goal of revenge killings.  Who are these 79 persons being charged by the GoSL

Both 1) & 2) are partners and one could not have been done without the other. There would be no suicide bombings based on religious texts, unless there was religious quotes that could be manipulated to brainwash people to kill.

3) Who knew but neglected to the prevent the attacks

While the initial culprits were planning their attack – foreign intel intercepted the plot & sent over 90 warnings to their counterparts in Sri Lanka.

Who were directly sent intel warnings from India

Who were next kept in the loop

Why did they neglect to take action to prevent any attack?

Who were the outsiders aware of the impending attacks & how did they come to know (ex: HarinF’s father)

Why did the above not inform the Cardinal/Church or did they?

Why did the above not inform the hotels to beef up security?

1) & 2) are guilty of planning & executing the crime while

3) is guilty of negligence in being aware of a crime but not doing anything to stop it.

The foreign secretary admitted that they knew something would happen but they thought it was something small.

The reaction of the government after the attacks shows their lack of empathy for what occurred.

The behavior of the intel agencies and their statements before the Commission of Inquiry, shows how the former government had divided the officials along political lines & to follow political orders without independence to their job role. That they were able to make quick arrests after the attacks revealed that their network was in place but that they lacked the needed authority to take action. The imprisonment of military/intel personnel & closure of monitoring units also played a key role in dropping the moral of the forces & intel units.

If then Minister HarinF’s father who was in hospital & was told about an impending attack & he informed his son (a staunch Catholic) to not attend Church on Easter Sunday, why wouldn’t they inform the Cardinal of a likely attack?

Was there a reason not to tell the Cardinal or did he know & now everyone’s conscious is pricking them. With many Catholics in government, with many of them also in the “know” it is surprising why they would keep this a secret from the Cardinal.

Only Hemasiri Fernando admitted he knew something ‘small’ would happen – who are the others who knew but kept quiet?

The People are demanding those who knew in the Government / in the Law & Order apparatus & even in the Church to be held accountable even if they knew something ‘small’ was to occur.

Presuming that the Government & Law & Order apparatus knew – all that had to be done was to deploy the army & police to catch the network that the Indian intel warnings had given, inform the hotel to beef up security.

If the Church knew, all that they had to do was to cancel Easter Sunday Mass & prevent people from coming to Church. The police & army could have blocked entrances & asked people to return home.

4) Was there a political conspiracy behind the attacks?

Of late there is a notion that there a political conspiracy involved to favor the present president to power.

Since early April warnings had been sent from Indian intel about a possible attack. It is also strange that this intel did not reach anyone even in the media.

Hours prior to the attacks, names, mobile numbers and names of target venues had also been given. If over 90 warnings were given with such meticulous details – would they not inform if there was a political conspiracy involved?

Given that the Indian intel played a key role in bringing the Maithripala-Sirisena government into power would they not inform if there was a conspiracy to overthrow the government they helped bring to power?

Notion 4) could have been accepted had the tape by Zaharan & team before committing the mass suicide did not emerge, where he very clearly gives reason for preparing explosives with their own hands & own money to avenge the deaths on churches & foreigners for crimes committed upon adherents of Islam. It is important for everyone to listen to the tape & the translation & pass this to the Vatican & the Pope as well. The reason for this is that if any reconciliation is required it is to bring peace to the adherents of Islam/Catholicism some of whom are carrying forward a historical grudge & vengeance. This is an issue that the Vatican/Church/Pope will need to take up separately with Islam.

Presuming notion 4) to be true we are all baffled how 8 Muslim men, staunch adherents of Islam, could be brainwashed by an equally staunch Muslim, using Islamic religious texts, to commit mass murder simply to bring a Sinhalese to become President?

This notion is however, negated by the suicide bombers themselves who in the tape released before their mass suicide clearly gives reason why they are committing suicide. The reason for their suicide is to avenge the crusades/Holy Wars that attacked Muslims/Islam over centuries. The tapes clearly reveal this. There is not a single line that even remotely leads us to presume or infer anything else.

Why did 8 men wish to commit suicide, why did their families wish to join

Is there grounds to believe that 8 Muslim men would have plotted to blow themselves to smithereens preparing their own explosives, involving their families and eventually killing their wives and children simply to help a Sinhala leader come to power? 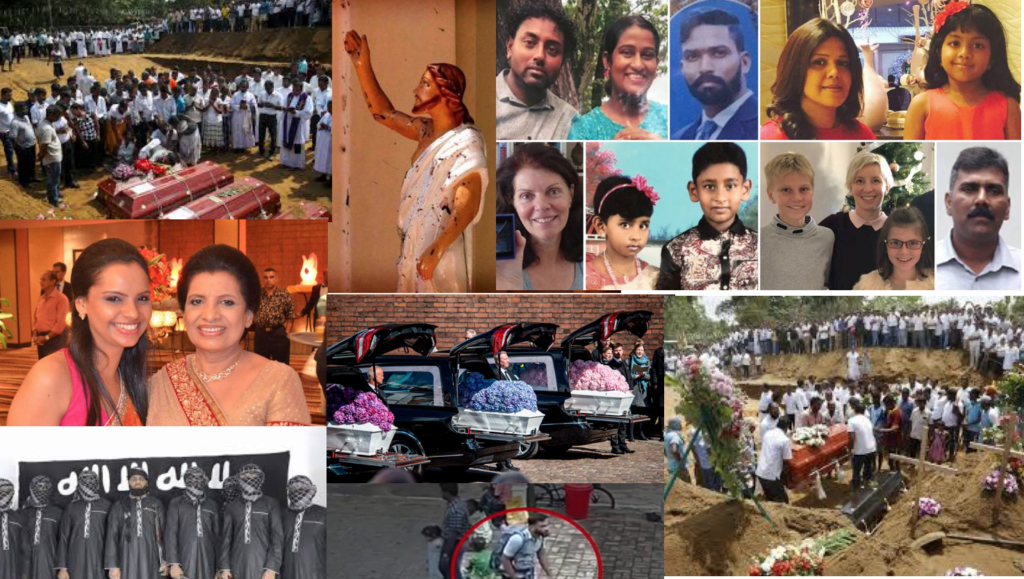