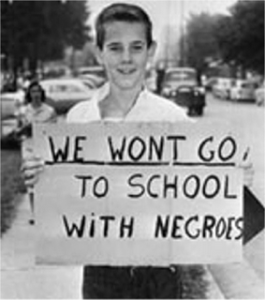 The story of America is all about take overs – taking other people’s land and taking away their lives. Land belonging to the Native Indians was taken away and many millions were exterminated. Americans are a mixture of the Viking murderer Leif Eriksson from Iceland who first landed in US in 986, mass murderer Christopher Columbus falsely thought to be the founder of USA, criminal prisoners from overcrowded British prisons as part of colonial British rule which ended with the Boston tea party. Then came the influx of black slaves with the first to arrive from 1513 onwards which ushered a period of racism and white supremacy. Slavery was redefined as segregation which ended officially only in 1965. Thus, for 452 years blacks had been treated as 3rdclass inferior sub-humans. Blacks are supposed to have enjoyed equal footing for just 55 years. Can the psyche of white supremacy that ruled for 452 years erase itself in 55 years? The answer is what happened to George Floyd and what happened to many George Floyds before him and will happen to many more George Floyd’s after him. Institutionalized racism and discrimination in US is what US has to now deal with before delivering democracy and human rights anywhere else.

There is a pattern to the superiority and treatment towards non-whites. It began with the erasing of Native Indians & their heritage & culture. It continued with the

12.5million Africans, forcibly taken from their homes in Africa and transported round the world. Only 10.7m survived of which 26% were children to become slaves in their new ‘home’. First direct shipment of slaves from Africa to the Americas in 1518.

It is oft said that 1619 was the year the first African slaves were brought to US. This story is supposed to be false. Historian Henry Louis Gates Jr. says Juan Garrido was the first black to arrive in 1513 in Florida. He also said the first enslaved Africans arrived in 1565 brought by the Spanish to Florida too. It was only in 1619 that the white settlers in US began to enslave the blacks plus Native Indians. 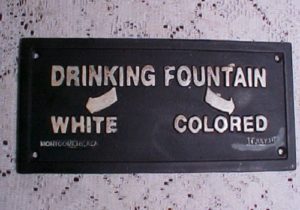 Half a million that were dropped off in US are the direct descendants of the 42milion African Americans that today make up the less than 13% population of USA.

USA can never say “a new nation, conceived in liberty and dedicated to the proposition that all men are created equal,”omitting its slavery past, segregation past and racism & discrimination of the present!

America has been all about fake history, false stories and fake news. Christopher Columbus never discovered America though he’s been given a federal holiday. Leif Eriksson landed in America in 989 some 500 years before Columbus was born. He was given a Leif Eriksson Day on 9 Oct by US President Lyndon Johnson in 1964 to commemorate first Norwegians that came to settle in US in 1825. Eriksson was from Iceland not Norway! 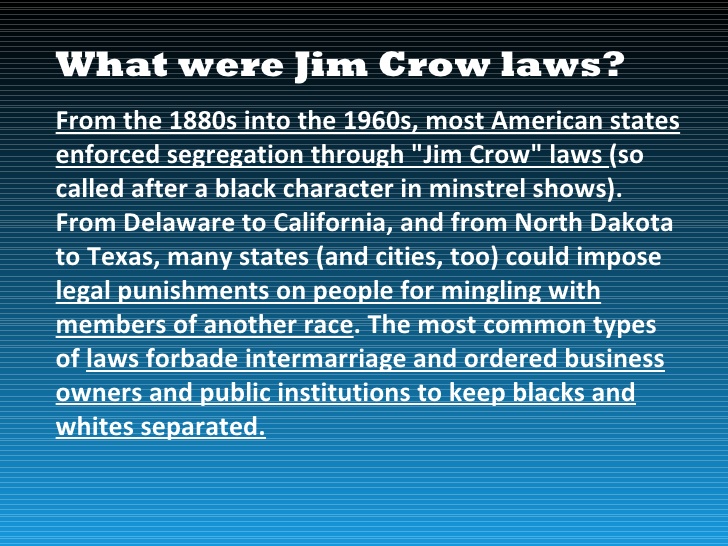 There were no whites in America before Leif or Columbus arrived only Native Indians. The first Americans would be a mix of European migrants with a murderous past and those sent for prison terms as a result of overcrowding prisons in UK.

The British Empire arrived in 1607 and remained till 1783 creating 13 colonies which declared independence in 1776 (176 years – British America). Colonial Britain is said to have transported 52,000 British convicts (men & women) to the US before prisoners were transported to Australia. The British convicts were banished for minimum 7 to 14 years (Matt Novak)

These white settlers were really convicts from British prisons. The youngest was a girl of 9years and over 30 convicts were in their 90s. This highlighted another element of lack of compassion and humanity among colonial rulers which can be seen in the manner they continue to hound Nazi’s in their 90s in the 21stcentury.

Despite slavery ending with ratification of 13thamendment in 1865, it never did. 7 states broke away to form the Confederacy (similar to what LTTE/ITAK is demanding) afterAbraham Lincoln won the 1860 election and said he would end slavery! 4 slave states even seceded.

Confederate Vice President Alexander Stephens stressed that slavery would be the cornerstone of their new government, which would be based “upon the great truth that the negro is not equal to the white man; that slavery subordination to the superior race is his natural and normal condition.”

This is the sad mentality that has passed down through centuries.

Enslaved people were seen not as people but as commodities to be bought, sold and exploited. This is the ideology that continues in the veins of America. The slave trade provided political power, social standing and wealth for the church, European nation-states, New World colonies and individuals. This power psyche continues still.

Race was even encoded into law (Virginia Law of 1662) – an enslaved black women giving birth to generations of children of African descent were seen as commodities. In 1850, Congress passed a new Fugitive Slave Act, made mandatory for citizens to help capture fugitive enslaved black people.

Hypocrisy is also embedded. In the initial draft of the Declaration of Independence, Thomas Jefferson had condemned British King George III for engaging in slaved trade. But Jefferson himself was an enslaver. He had even fathered enslaved black children. He openly declared black people as inferior to whites.

From Slavery to Segregation

The US that falsely accuses countries of ‘civil war’ ‘discrimination against minorities’ has been the guilty party all along. Claiming to ban slavery, what was actually done was to redefine slavery as segregation. Racial difference travelled from slavery to segregation.

By 1861 (year of US Civil War) 90% or 3.9million Black Americans were enslaved.Racial terror & lynchings (extra judicial public executions) resulted in more than 4000 blacks getting killed between 1877 and 1950.

USA accuses countries of systematically excluding, disenfranchising, disempowering and marginalizing minorities – USA was institutionally doing just that to the blacks.

https://www.facebook.com/SoapboxStand/videos/583547462560410/how blacks feel is embodied in this powerful speech.

Even when Supreme Court declared state segregation laws unconstitutional, Southern senators did not comply with executive order against all-white primaries by requiring all primary voters to swear to support “social, religious and educational separation of races”

In Florida, Hillsborough County Supervisor of Registration John Deckle openly defied the Court and declared, “Negroes will not be allowed to vote as Democrats.”

Black Americans treated like third class citizens. Even religious heads taught congregations that whites were superior and the Chosen people & God supported racial segregation. Society was taught that Blacks were intellectually and culturally inferior to whites. Newspapers and magazines continuously brainwashed readers/listeners to refer to blacks as niggers and stereotyped them.

Blacks & whites could not shake hands, eat together, a black man could not offer to light a cigarette to a white female (as it implied intimacy), blacks were denied showing affection to each other in public as it offended the whites, courtesy titles (Mr. Ms, Mrs, Sir, Ma’am) were not applicable to blacks but blacks had to use courtesy names for whites, blacks could not speak to a white by their first name. A black had to sit in the back of a car if a white was driving it. Right of way had to be given to white motorists. A black could not comment on the appearance of a white female. A black so much as touching a white woman constituted ‘rape’.

Jim Crow laws meant blacks were prohibited from public transport, juries, jobs and neighborhoods. Signs were placed about water fountains, door entrances, public facilities that separated blacks from whites. Blacks had separate hospitals, churches, cemeteries, public restrooms, public accommodations – all of which was inferior to whites. Some places did not even have restrooms, no public places to eat or sit for blacks. Blacks were also denied entry to public beaches.

If a black violated the Jim Crow laws his punishment was losing his home, job even life. Blacks could physically beat blacks with impunity. Blacks had no relief as the criminal justice system was all-white. Lynching was the worst form of Jim Crow social control. Lynchings or public executions mean blacks were hung, shot, burned at the stake, castrated or beaten with clubs until dead. Lynchings provided cheap entertainment and a means to unite white ego among low-income/status whites often in rural settings. Riots were also created to stir fear and drive out blacks. White supremacy was the goal.

Jim Crow etiquette and laws legally ended in 1965 but would have remained embedded in the white society and we see these continue to trickle to what continues as racial bias.

But US gains international and local fame because of blacks while at the same time blacks are the worse off in the US.

There is much for America to look inward. Unfortunately, politics has come between the anger at watching a white cop virtually kill a man live as people watched from their social media screens. The incident has been manipulated away from justice to George Floyd and seriously addressing the institutional problem of racism against blacks institutionalized and embedded into American society. However, it must be addressed and should be addressed. The start would be to stop the institutions and those manning the institutions from being anti-black and racist by taking action against them.

Is White Supremacism a pathological condition ?