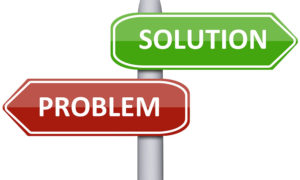 In Sri Lanka there are 3 ethnic groups – Sinhalese, Tamils & Muslims and 4 main religions – Sinhala Buddhists, Hindus, Islam, Christian/Catholics. All Sinhalese were Buddhists until 1505 and all Tamils were Hindus till 1505 when arrival of European colonial invaders resulted in conversions of Sinhalese & Tamils to Christianity/Catholicism and the Burgher community. Sri Lanka has a recorded history of over 2600 years during no period of time has there been any records of ethnic animosities or disharmony. So what is this National problem? The problem is not knowing what the problem is or not wanting to admit what the problem is because it will invariably lead to the disclosure of all those culpable for the problems and ironically these are the players demanding to draft the solutions which spells doom & warrants caution.

The first question to be answered obviously is – how did communities that had not fought for thousands of years suddenly develop animosities after the arrival of Europeans?

The answer to that is the divide & rule policy that resulted in rebranding our people into numerous nomenclatures that the Europeans could control by setting one group against the other. So if we are looking for the root cause of Sri Lanka’s conflict vis a vis disharmony among communities the fingers must point to the 3 European invaders who ruled Sri Lanka directly from 1505 to 1948, indirectly from 1948 to 1972 and covertly/overtly from there onwards to date via their local sepoys.

Essentially, anyone claiming Sri Lanka’s communities cannot live in peace must first explain how they lived in peace for thousands of years before the arrival of Westerners after which all the troubles started.

We are told that our national problem is ethnic. All these nomenclatures mind you were christened by colonials after they created the problem and claim they have the solutions too.

But is the National problem the same as articulated by the 74% Sinhalese, 15% Tamils & 9% Muslims?

According to Sinhalese – what is the National problem?

According to Tamils – what is the National problem?

According to Muslims – what is the National problem?

According to Burghers – what is the National problem?

Then our next question is who should determine what the problem is?

Is it only the Sinhalese majority?

Is it only the Tamil minority?

Is it only the Muslim minority?

Is it only the Burgher minority?

Is it the Foreign Envoys?

Is it the human rights activists?

Is it the politicians (Sinhala, Tamil, Muslim)?

Is it only the elite of Sri Lanka (Sinhala, Tamil, Muslim)?

Or is it the ordinary PEOPLE who account for the majority among the Sinhalese, Tamil, Muslim & Burgher community?

The more important question is in whose interests & for whose benefit primarily must these solutions be drawn?

Is it the Sinhalese villages who were attacked by terrorists & killed?

Is it the Sinhala families who lost family members killed by LTTE?

Is it the families of the Sinhala armed forces/police who sacrificed their lives on duty?

Is it the Tamils who were victims of LTTE (includes all forcibly conscripted, killed for refusing to obey LTTE orders)

Is it the Tamil LTTE families whose LTTE child died during hostilities with armed forces?

Is it the Muslim villagers who were attacked & killed by LTTE

Is it the Sinhala & Muslim families chased out of their homes in the North?

Is it every victim of LTTE terror?

Is it every victim who died as a result of collateral damage by bombings of armed forces?

Is it for the politicians & elite to enjoy power & privileges?

While the above are direct victims – there are plenty of indirect victims too: the country’s economy, development, infrastructure etc all were destroyed or damaged and require reconstruction. But Rome was not built in a day and these take time and planning and of course funding. But, was Sri Lanka given even a breather after the conflict ended in May 2009? Every day the country was hounded demanding ‘accountability’ when all those doing the demanding chose to sit pretty not making the same demands of LTTE who carried out over 300 suicide killings over 30 years!

Have you noticed that these solutions are also only for one community? How fair is that of 85% of the other populace who also suffered? By offering solutions to only one community how inclusive is the outcome going to be? Is this ‘reconciliation’?

What do victims generally desire?

If they’ve lost a home – they would want a home to live in,

if they’ve lost the only person who was providing them food – they would want some means of livelihood to keep the family fed?

If they have children – they would want schooling, means of employment

In what manner will devolving powers to politicians, giving land/police powers etc solve their predicament – have they even asked for any of these?

They probably do not even know what self-determination is or heard the word devolution, they were crying when a Colonel tasked to rehabilitate them had been transferred.

The simple things that they want, who is there to give them and why are these not entertained first without wasting years on solutions that satisfy the politicians & international community?

So for whom & whose benefit are these big ‘solutions’ being thrown at every international negotiation table?

Politicians be they Sinhala, Tamil, Muslim want a ‘solution’ that will sustain their power and role as politician, keep them in power & ensure that they are in control. They have no qualms about transferring power to opposition so long as periodically they can sit in power. This game we have seen since 1948.

International players want ‘solutions’ that are within their periphery of control too. So when they speak about mechanisms that are ‘internationally acceptable’ what they imply is they want solutions where they can poke their nose in from time to time which generates & sustains their livelihoods too (to this international list of players we can plug – UN, INGOs, NGOs, local NGOs, civil society, rights activists etc) foreign governments of course will insist on having a say either way.

So what we need to understand is that all these delays in formulating ‘solutions’ really is to find something ‘acceptable’ to all of them and not the ordinary people – something that satisfies their lust for comfy positions, globe-trotting opportunities, enjoying perks of office, VVIP status etc.

Lest, we have forgotten the media – in whatever role the media always has a place and if it doesn’t it has all the powers to create a place through sensationalism.

So invariably, if we look at our list of innocent victims, we ask ourselves, have they had a say in any of these ‘supposed to be fantastic solutions’, were they the one’s that proposed these solutions, will these ‘solutions’ benefit them?

We come back to the question which unfortunately remains unanswered

– What is the National problem?

– Who determines the national problem

– Who decides the solution?

– for Whose benefit is the solution(s)?

We also seem to be forgetting some other major factors? What is this national problem or conflict? Was it between Sinhala people and Tamil people, if so then it can be termed ‘ethnic’ but wasn’t, the conflict was between a non-state armed group & the Sri Lankan Armed Forces & victims were Sinhalese, Muslims, Foreigners including Tamils. So, there is no way that the conflict can be termed ‘ethnic’.

Who was this armed group? Well there were several Tamil armed groups but LTTE emerged victor after killing the leaders of the other groups & scaring them off.

So what basically did LTTE demand?

They demanded virtually what Tamil extremist leaders had been demanding since 1949 (Tamil state party – ITAK) and 1976 (Vaddukoddai Resolution) seeking a separate Tamil state.

With LTTE no officially no more, LTTE’s political arm formed in 2001 – the TNA is carrying the beacon. So how inclusive is TNA of Tamils. Well, the election results show TNA is not representative of all Tamils and now growing resentment by Tamils has increased its unpopularity. So, what TNA demands which echoes what LTTE demands cannot be taken as what majority of Tamils want.

So where do Tamil diaspora fit in. They make up the all-powerful propaganda lobby operating from western shores where they thrived during LTTE rule via nefarious illegal and legal operations that gave LTTE $300m annual profits. With no maintenance cost for LTTE combatants, procurement of arms & ammunition etc that annual profit must now be far more and utilized for other influential purposes – retaining international lawyers, buying international personages to speak on their behalf are just some of the wonders the LTTE international kitty has been able to afford. When all things budge for money, LTTE diaspora know when to throw what & strike bingo. LTTE Diaspora is certainly a formidable force because of its propaganda & its kitty.

Propaganda – power hungry politicians – Geopolitics are impediments to bringing about political will based on what the People want as solutions.

Those presently drawing the solutions are parties and individuals who were part of the problem or creators of the problem or lived off the problem and these entities should be given no role in any solution making as the likelihood is that they would create bigger problems than the problem that ended because they were not allowed to be involved (otherwise Sri Lanka would never have seen the end of LTTE in May 2009) which is probably why they are determined not to be omitted from drawing solutions!