Why 21a is being opposed 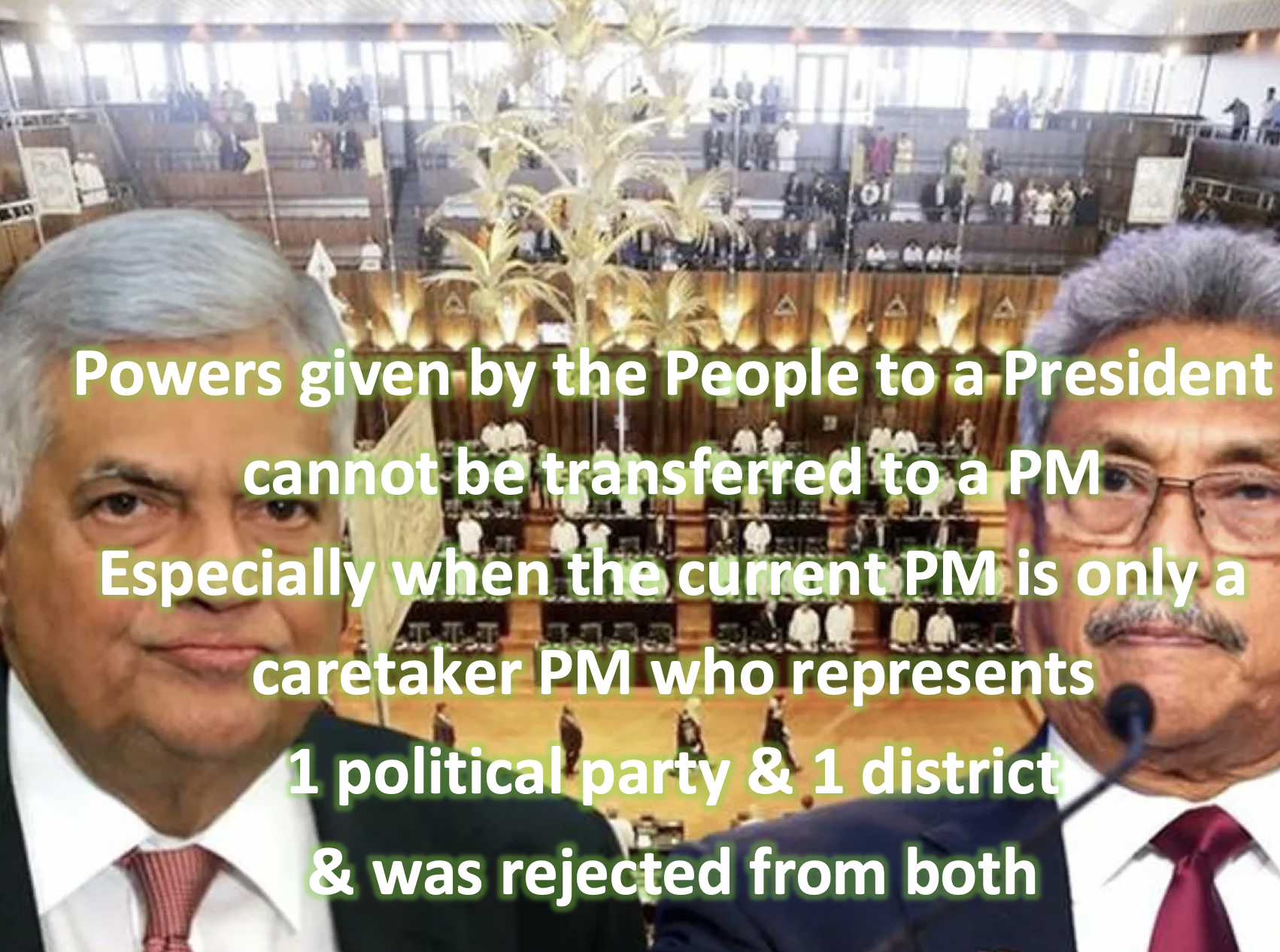 Politicians are part responsible for the current economic crisis in Sri Lanka though from citizens onwards all corrupt have to equally shoulder responsibility. However, a country is governed by 3 pillars & the executive and legislative are tasked to take Sri Lanka out of the current impasse. In such a scenario, the citizens do not expect or wish for politicians to be wasting tax payer money to attend parliament & debate constitutional amendments. In this crisis period, that politicians are political parties are wasting time on constitutional amendments without looking at ways of increasing revenue to pay back loans taken, shows they are unlikely to solve any problem and should be ousted at a future election.

Why is 21a being opposed?

What does the 21a propose to do? 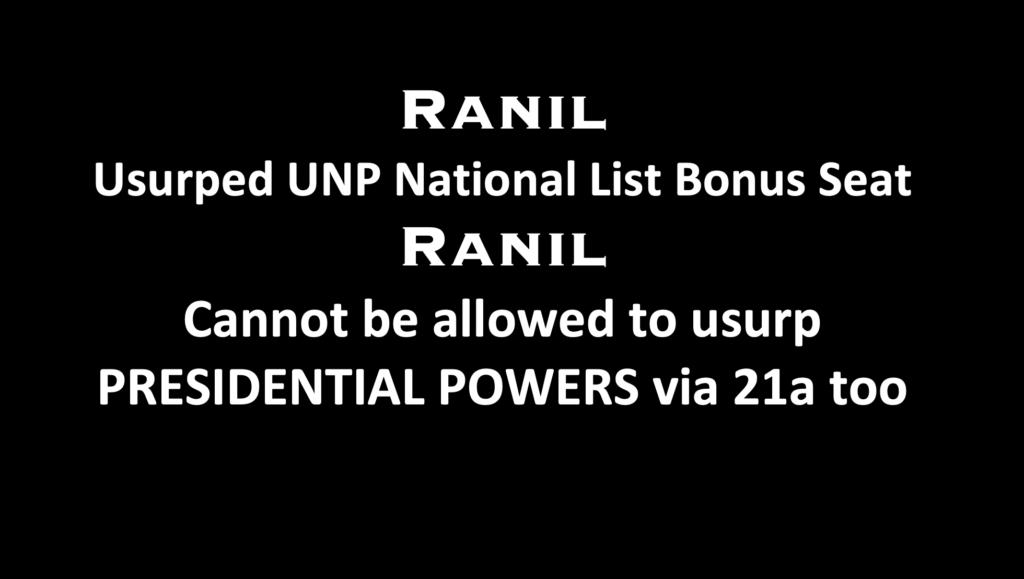 Why the current caretake government has no mandate to make Constitutional amendments?

The current government is only a caretaker government comprising only a handful of MPs from different parties following the sudden resignation of PM Mahinda Rajapakse.

This caretaker government has a Cabinet comprising MPs from 3 political parties.

Thus, they do not represent the People who voted for the government in 2020.

The caretaker Prime Minister is not even an elected MP or even a National List MP.

The current caretaker PM was rejected by his party – UNP.

The current caretaker PM even lost his deposit

The UNP secured only 249,435 votes islandwide (all districts) – UNP secured 5million votes at the 2015 General Elections

For this 249,435 votes UNP was given 1 bonus seat from which a UNP national list nominee was to enter parliament

The Executive President is the only person who the people vote for directly and who becomes President directly by the people’s vote.

Parliament is voted by the People, but given that voting is based on Proportional Representation system, the people do not know who enters Parliament. Too many irregularities take place

Parliament therefore are not representative of the People’s choice. Given this scenario, the powers given directly to one person (President) via an islandwide vote should not get transferred to a Parliament & PM who represents only one district.

The PM is representing only one political party and only 1 district.

Therefore a person who is representing only 1 political party and securing votes from only 1 district to become PM cannot be given the powers the people give to a person who contests elections islandwide and wins the majority votes.

The draft 21a presented by SJB MP Madduma Bandara & Wijayadasa Rajapakse were in the form of a private members bill. It is ludicrous that individuals can present Bills to make constitutional amendments to remove an entire pillar of governance & transfer that to another.

More importantly, the sitting President appointed an eminent team of President Counsels to draft a new constitution. This draft is now ready. It is this draft that public should be looking at and not constitutional amendments by caretaker government that has no mandate to amend the constitution.

The caretaker Government & caretaker PM are mandated to ONLY deal with the economic crisis not to be amending the constitution. These amendments have no benefit to the people or provide any economic solution, therefore people must raise their voice against it. This amendment is only meant to usurp the powers of the President just like the bonus seat was usurped to enter Parliament.