Why is Gambia & OIC states not taking US & NATO to ICJ for ‘genocide of Muslims’? 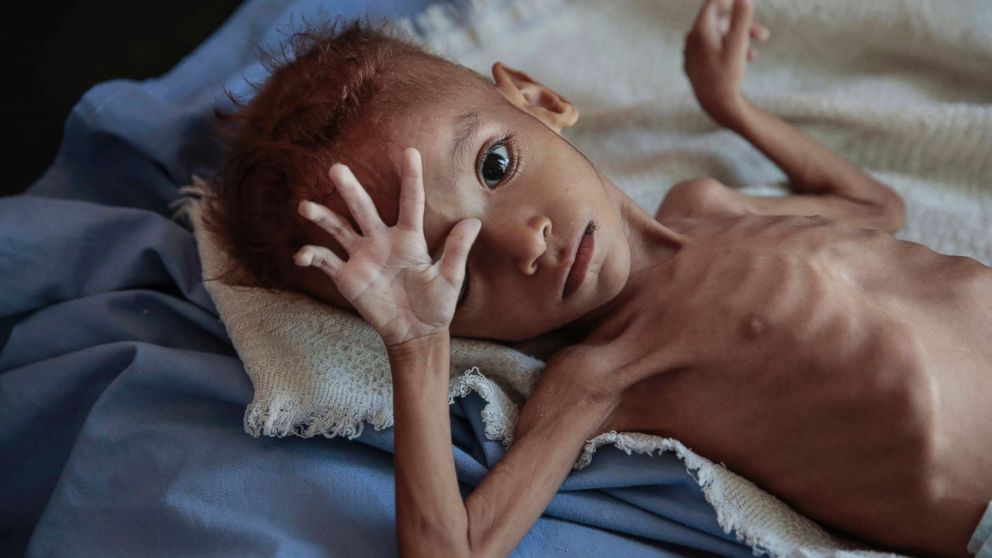 Gambia is a Muslim majority state and member of 57-OIC states. Gambia on behalf of OIC has taken Myanmar to the ICJ on charges of ‘genocide’. The more important question is why has Gambia or the OIC not take US or NATO to ICJ for all of the bombings and killings in Iraq, Afghanistan and scores of other Muslim-majority nations? Why are Muslim nations simply watching Muslims get killed by US-NATO while a surprising number of Muslim nations are even siding with US NATO making us ask why are Muslims helping to kill Muslims but championing the cause of Muslims!

ICJ was set up in 1946 to adjudicate issues between nations.

ICC was set up in 2002 with jurisdiction to prosecute individuals for the international crimes of genocide, crimes against humanity, war crimes, and crimes of aggression. United States, China, India, Iraq, Libya, Yemen, Qatar and Israel are not members. 139 States have signed the Rome Statute, while only 118 have ratified.

Gambia became the 3rd country to threaten to leave ICC in 2016 when South Africa and Burundi formerly announced their departures. Ironically, ICC Chief Prosecutor Fatou Bensouda, is Gambian. Of ICC’s 6 cases all have been only against Africa nations. Gambia’s information minister claims at least 30 western countries have committed war crimes against since ICC was founded but ICC has done nothing against them. Why didn’t Gambia take this complaint to the ICJ?

According to the US – Gambia acted as conduit to terror financing (Tajideen brothers, supporting the Iran-backed Lebanese terror group Hezbollah)

Under this criteria the following constitute invasions

Military historian Lance Janda of Cameron University defines ‘invasion’ as ‘seizure of territory by military force from the government of another country, regardless of motivation or justification’. Thus US invasions on Muslim nations include

US-NATO airstrikes on Sudan in 1998, Mali, Angola and Syria.

In 2016 alone, the Obama administration dropped at least 26,171 bombs on 7 Muslim nations. US has been illegally occupying Afghanistan since 2001 – why is Gambia and OIC not taking US-NATO to the ICJ at least!

Nearly half of US arms exports go to the Middle East – Saudi Arabia is world’s second biggest importer and these are being dumped on Yemen leading to a humanitarian crisis. Why is the OIC silent on a fellow Islamic country suffering malnutrition and starvation! Why are OIC nations not going to Yemen’s assistance?

In October 2018, United Nations warned 13 million were faced with starvation in one of “the worst famine in the world in 100 years.” 85,000 Yemeni children have died from hunger – how many of the OIC Muslim nations came to feed Yemen?

Al Qaeda, Bin Laden and all of their Islamic militant outfits are proscribed internationally and declared foreign terrorist organisations. But they are all Muslims and they are used by the West to inflict harm and terror on mostly Muslim nations that the West wishes to either keep destable or wish to place Western boots on ground.

Why are Muslim countries allowing their nationals to enroll in these terror camps to inflict harm to a fellow Muslim nation. The West are providing the arms, ammunition, training etc but the terrorists are all Muslims and easily enrolled even after scores and scores are just killed by the very arms that the West gives each Islamic terror group. These facts are nothing no one knows about. But they are not spoken or put on to the table openly. It is taboo to ask why Muslims are killing Muslims. It is taboo to ask why Muslim nations are not taking Muslim asylum seekers or refugees especially by the richer Muslim majority nations. If Rohingyas are living unhappily, shouldn’t the 57 Member states magnanimously divide the people and welcome them to their nations? Why do Rohingyas end up being dumped by UNHCR to non-Muslim nations – is it to purposely create tensions after they start increasing their flock?

But Gambia and OIC are not bothered to stop Muslims from killing Muslims, or ensure Muslims do not enroll in any of the terrorist movements created and armed by the West or feed the Muslims that are in hunger or having issues but Gambia can exploit a little-known and rare-invoked provision in the 1948 Convention on the Prevention and Punishment of the Crime of Genocide and take Myanmar to the ICJ. Why didn’t Gambia or OIC do the same against US and NATO nations for the killings and destructions caused to Iraq, Afghanistan, Libya, Somalia, Yemen etc? While Myanmar’s case is only an allegation, there are enough of statistics and evidence against the US-NATO nations and their leaders for their role in the killings of innocent people.

ICJ’s first genocide convention case against Serbia in 1993 took 14 years to declare Serbia had violated its duty to prevent and punish genocide in Bosnia-Herzegovina. As for the alleged Srebrenica massacre ‘genocide’ given much hype turned out to be a political lie – eventually Serbian leader Milosevic was also exonerated of allegations of war crimes but sadly he had mysteriously died in his prison cell. The international justice system had failed – had lied and had left a leader dead. There was no ‘genocide’ only some

So to Gambia and OIC member states what’s the deal in taking Myanmar to ICJ for ‘genocide’ or does this have anything to do with playing your role in encircling China/Russia via Myanmar or alternatively India?