BBC – what are you bullshitting about now against Sri Lanka? 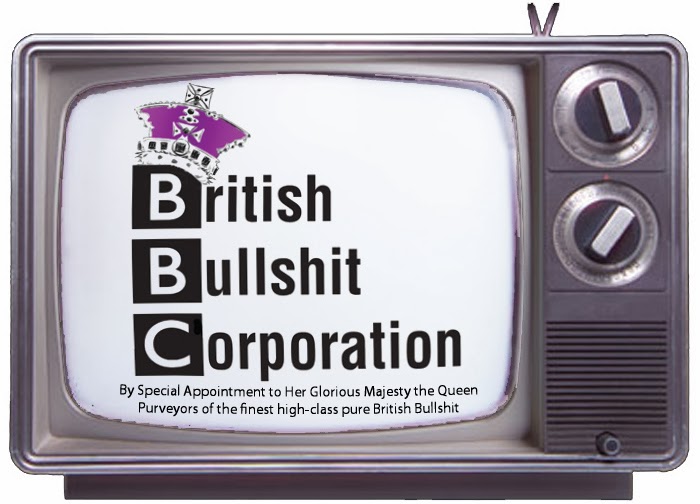 We have always wondered why the BBC is better known as the British Bullshit Corporation and now we can understand why. That together with Mindshare’s Power to the People’s Report claiming BBC has no credibility kind of puts the icing on the cake on the value of BBC’s opinion. Why is BBC so worried about Sri Lanka’s new President?

We would like BBC to correct the notion that Sri Lanka had a civil war – it didn’t. Sri Lanka suffered terrorism and LTTE was an enemy of all including Tamils whom LTTE killed in no small numbers.

What are the human rights violations the BBC claims the President has committed? Name them and provide the evidence instead of abusing the pen to make allegations.

We have some news for you BBC – ethnic tensions were all created when UNP governments were in power especially the 1983 riots and the present PM leader of the UNP even apologized for the burning of the Jaffna library.

Dynastic family politics is something part and parcel of Asian politics – the Nehrus and Gandhi ruled India and still dictate politics, the UNP except under R Premadasa is a party of family members passing leadership to another, we have had a father, mother and daughter leading Sri Lanka. Take the present Parliament – there are loads of family members inside it. Its trivial exercise and waste of space to be naming all from both ruling and opposition parties. So if the brothers saw an end to 30 years of terror – what is the problem BBC has? Getting rid of the terror is what people wanted – 4 Presidents failed to do so and it took the guts of the 5th President to give the orders to eliminate the LTTE as commander in chief of the Armed Forces.

BBC says ‘thousands of people disappeared’ where – is this number omitting the close to 300,000 that the Sri Lankan Army saved from the clutches of the LTTE? BBC says ‘many are said’ to be tortured or killed – how many is many? Can we have some numbers and details please. Instead of just dropping allegations just to go to print. Have you tried looking up the refugees and asylum seekers in the UK, EU, Canada, Australia against the names of the could be ‘disappeared’, you may be surprised to find your missing living amongst you. We heard there are agencies that people pay to be burnt with cigarette butt ends, a white doctor will issue certificate claiming injuries are ‘recent’ the assumption is that the culprits are the army and voila that seals asylum after a training session that teaches people to cry, runs through what they need to say – a virtual rehearsal before seeking asylum.

By the manner that people have disappeared according to BBC it is a wonder that there are minorities living in Sri Lanka and baffling how their population is increasing inspite of disappearances and never returning stories.

Yippie –it’s the white van story back again in circulation. How about telling us who disappeared – when – their names – from where … a little bit of statistics would really help. Otherwise it is going to end up like the stunt pulled by the present Health Minister bringing a driver with a bogus beard and a story that has become a laughing stock across the island. So much for white van drama! That became an election blooper!

So BBC finds fault with the President’s ‘tough stance on security’ – do you mean to say the President must close his eyes and allow all vultures to enter Sri Lanka, make their bases, plan their attacks and kill innocent people? Well it may provide breaking sensational news but we value everyone’s life and the President as head of the State jolly well should too.

Well ‘alleged’ war crimes is just that ‘alleged’ and you can be doing a Goebbels 24×7 but international terrorism experts themselves have debunked these allegations.

BBC we suggest you do not lose any sleep worrying about who gets elected because Sri Lanka has been electing people to office and they come with the people’s mandate. So, if the people vote anyone into power it is the people’s choice and if anyone doesn’t like that choice – tough luck. We don’t tell Britain who to vote or who not to vote. You can elect May, Boris or have no choice in removing the Queen. But we respect the choice of Britain and the British. It is their leaders, so be it.

Everyone does have the freedom to speculate but it falls short when it is attempting to create fear and drum unnecessary tensions – obviously, colonial British carries a legacy of divide and rule and these genes must be working in the staff of the BBC too.

Easter Sunday attack took place despite numerous warnings being ignored. It was a total unnecessary death and people have every right to demand assurance of their safety and security. What is BBC’s problem if candidates campaigned to assure a Sri Lanka without terror? We almost forgot LTTE had its international headquarters in London even after UK banned LTTE in 2001.

Perhaps BBC should dig out the report by Human Rights Watch on LTTE Funding the Final War LTTE intimidation and extortions in the Tamil Diaspora” this will give you an amazing list of examples of how Tamils lived in fear and that fear was felt more in Tamil areas where LTTE ruled – where from poor & low caste Tamil families, children were kidnapped and turned into child soldiers. The sad accounts of their families and the children who lived to share their stories should embarrass BBC for trying to whitewash the LTTE and divert blame to others.

To the authors Upasana Bhat & Maryam Azwer – perhaps you should travel to Sri Lanka and interact with not the same set of people jabbering gibberish because they are paid activists but talk to ordinary people and find out the truth because these fairy tales certainly will get claps from the usual culprits but it just seals the BBC’s lack of credibility and tarnishes its image. Travel to Sri Lanka, try to get an appointment with the new President, have your questions but be ready to publish his answers without bias or without tweaking & twisting.

Media must report the truth not indulge in smear campaigns. Place the facts and allow the readers to make up their minds – don’t force the readers to think like BBC.