Can Sri Lanka’s Government give State land to permit holders as outright deeds? 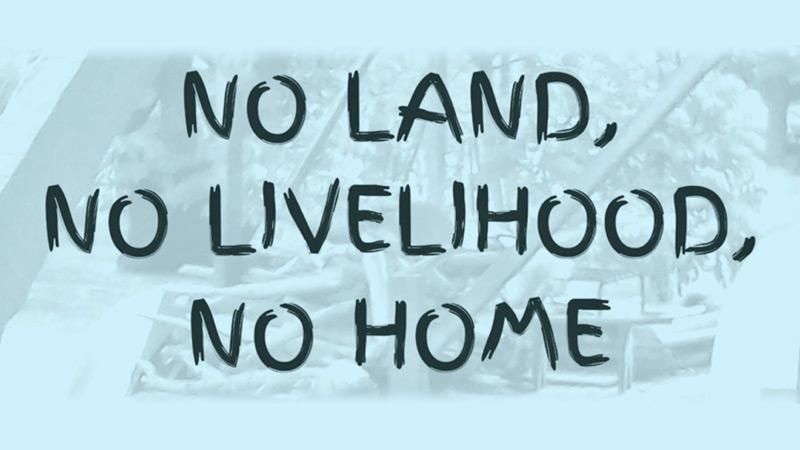 The last government made several attempts to privatize State land. This would have left Sri Lanka with no state land. What good is a government without land? How can a government tax when it has no land to tax? Land is the underlying foundation of a country’s sovereignty. As an Asian Dharmic civilization, our perception of land & land ownership differs to the concept of considering land as a commodity. For us, land has historical value, it is associated with emotions & cultures and has a rich and memorable history. No price can measure the value of our land. When land is the foundation of sovereignty, it also means the land does not belong to one generation or government. It is meant to be passed on to future generations. State land is land that belongs to all citizens of Sri Lanka. This land cannot be given to a segment of citizens for whatever reasons. 84% of land in Sri Lanka belongs to the State. This means 84% of land belongs to the People – past, present & future. No government elected for a term can give full land ownership of People’s Land by turning that land into a private land & private ownership. This is a violation of the Constitution.

Article 3 of Sri Lanka’s Constitution declares that “in the Republic of Sri Lanka, sovereignty is in the people and is inalienable. The People are the heart of the Constitution from which a Government gets the power to run the country. Sovereignty cannot be removed from the People. It is the People who give governance of a country in Trust to the People’s representatives who constitute the 3 Pillars outlined in Article 4 – The Executive, The Legislative & The Judiciary.

Article 1,2,3,6,7,8,9,10,11 are strengthened by Article 83 that any provision of law which seeks to remove (alienate) the inalienable sovereignty of the people without asking them (via Referendum) is violating the Constitution & the Trust of the People. Article 3 is entrenched by Article 83 solidifying the need for the consent of the People at a referendum.

If the People (Article 3) has vested their sovereign power in trust to the President & Parliament (Article 4) they are bound to seek permission from the People before they make any changes to the Constitution that affects the sovereignty of Sri Lanka.

When a Government claims that permit holders of State land are to be given outright land ownership for land that belongs to the State (the People) – this is a violation of EQUALITY.

If the Government is giving land ownership of State land, then it must give ALL of the 84% State Land to the 21million citizens of Sri Lanka, not only to a segment occupying as permit holders.

(1) All persons are equal before the law and are entitled to the equal protection of the law.

(2) No citizen shall be discriminated against on the grounds of race, religion, language, caste, sex, political opinion, place of birth or any such grounds.

The argument that giving outright land deeds to permit holders of State Land answers their problems has no basis.

What can a permit holder who is debt stricken do with a piece of paper giving him land ownership.

When the State absolves itself of any links to the permit holder of leased land, the permit holder holding an outright certificate is on his own. Whatever little help he got from the State reduces to naught. In his debt status, he pledges his land to obtain loans. When he is unable to pay the loans, the banks take over the land and auctions the land. Who buys the land?

Presume the land is bought.

What happens next to the permit-holder who became owner of his land and then had to forfeit his land because he could not pay his loan?

What happens to his immediate family & other members who have to now leave the land they had been living on for decades?

Where do they go to live as they have lost the land they had been living on?

What happens to their livelihood – how do they earn to eat and feed the family?

What if foreign companies end up buying this land – the destitute and poor land owner ends up a slave on a foreign-owned land. His family ends up slaves too.

This is the fate of all permit-holders who are made to think that getting land ownership solves all their problems.

In reality, getting a title deed is the beginning of their problems.

Imagine all of the permit holders finding themselves in this predicament?

The Government must certainly look after permit holders in State lands because they have been given permits for a reason and the Government must give them targets and also assistance. The land they are living on must be turned into lucrative ventures for Sri Lanka.

Giving a title deed is not the solution.

Having said that a Government has no right to give State land as outright ownership to only a segment of citizens. It is INEQUAL treatment to all other citizens. No one holds any grouse against state land being given to citizens on permits, because these permits come with criteria and regulations for its usage. But, the underlying message is STATE LAND BELONGS TO THE PEOPLE (past, present & future generations) The GOVERNMENT is only custodian of the Land. A Government voted for a term of office has no moral right to turn PEOPLE”S LANDS into PRIVATE LANDS.

This is a violation of the Constitution, Public Trust doctrine, EQUALITY to ALL CITIZENS. 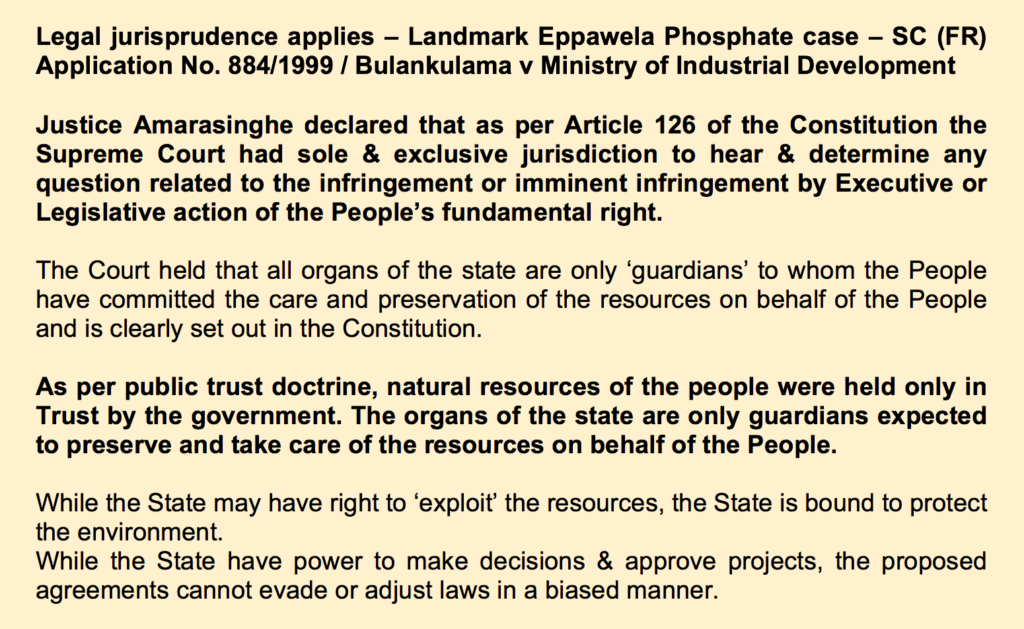 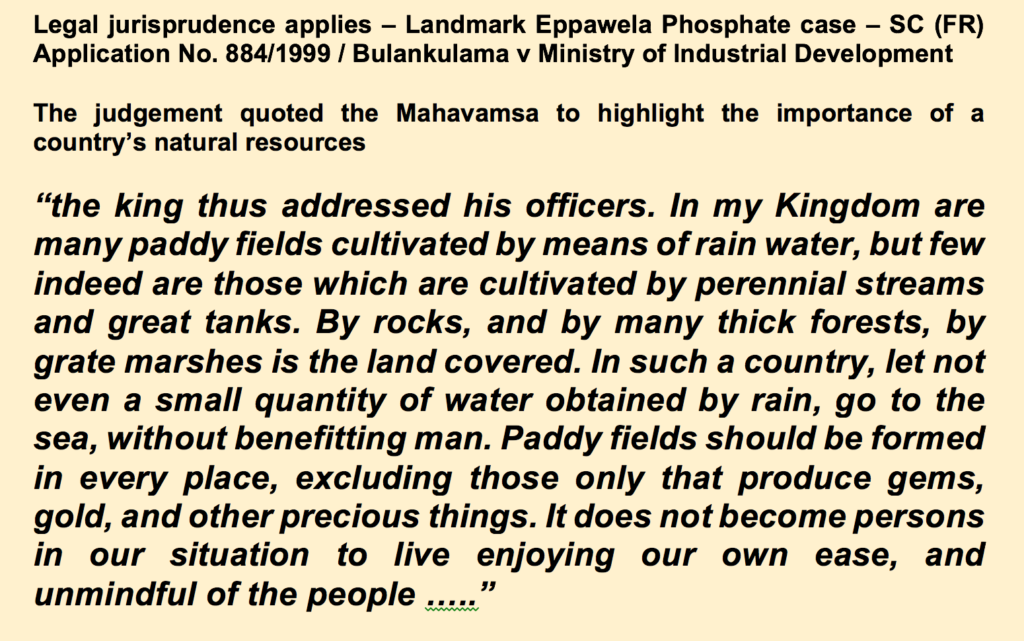