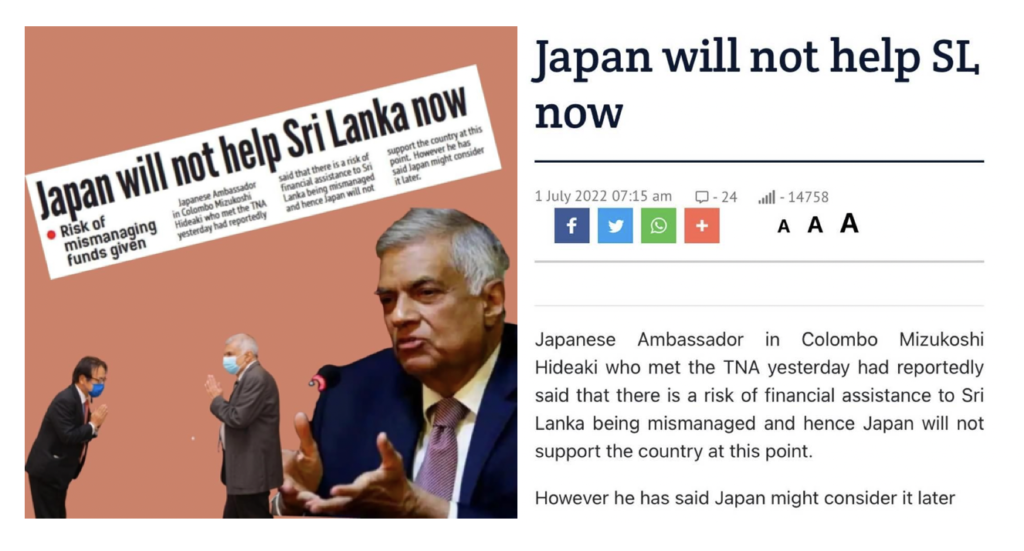 The latest news doing the rounds is that the Japanese ambassador to Sri Lanka has reportedly told a TNA delegation that Japan would not be providing financial assistance to Sri Lanka. A flicker of doubt as to the veracity of this statement prevails knowing TNA’s past history. However, TNA has succeeded in not only promoting a lie but the obvious aim of the TNA appears to be to prevent nations friendly with Sri Lanka from helping in order to enable one nation to take away the entire cake! However, in this pressing time, it is a shameful act by TNA stalwarts to be visiting foreign missions, engaging in cordial banter, craftily dissuading them to not help Sri Lanka and then coming out & promoting a lie using its notorious communication channels.

The LTTE itself declared TNA as its proxy having created it in 2001, so there is little need for us to be referring to TNA in any other terms.

Japan has every right to make opinions about Sri Lanka and its dealings with Political leaders but conveying that through TNA is not the most ideal manner and naturally irks many unless that was the obvious objective.

While TNA has done nothing constructive to Sri Lanka’s national interest or the benefit of its People or even the Tamil people, we can only deduce that TNA is attempting to isolate Sri Lanka further and present Japan disfavorably in the eyes of the Sri Lankan public.

This is not the first or likely to be the last time, TNA goes knocking on doors of embassies carrying tales and tall stories, doing what it is best at, however Japan should not be party to TNA decptions .

It is unfortunate that there are equal numbers of general public who are also clapping following the TNA meeting with the Japanese embassy and it highlights the kind of mentality, they suffer from in wishing bad for one’s country.

Thankfully, the PM’s secretary has promptly written to the Daily Mirror to correct its news item being shared unnecessarily attaching the reply from the Japanese embassy clearly refuting TNA’s lie…. 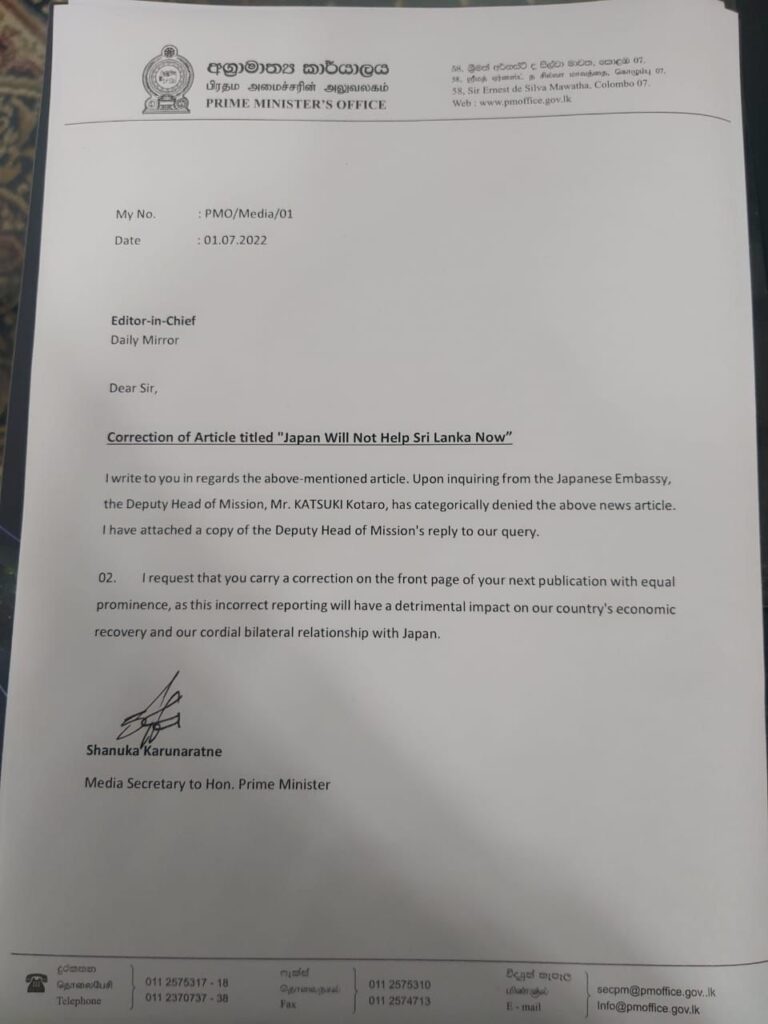 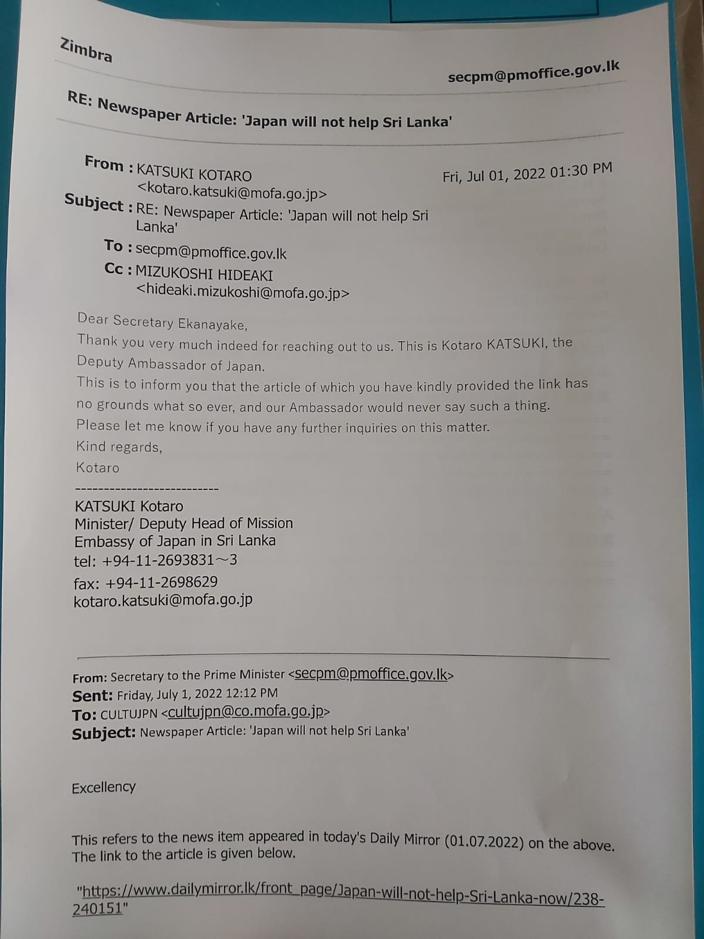 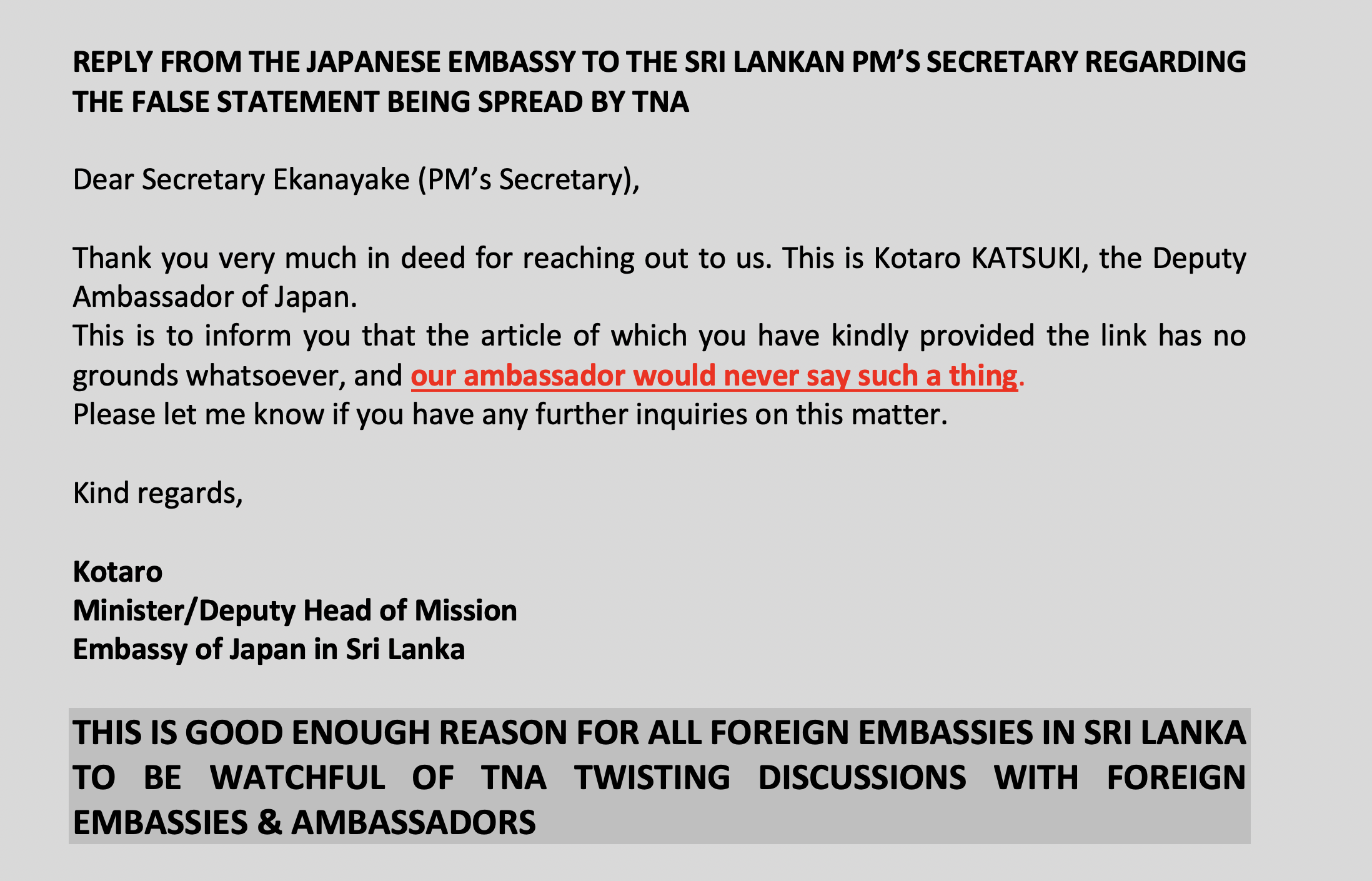 It would also be wise for the Japanese embassy to issue a press release & set the story straight.