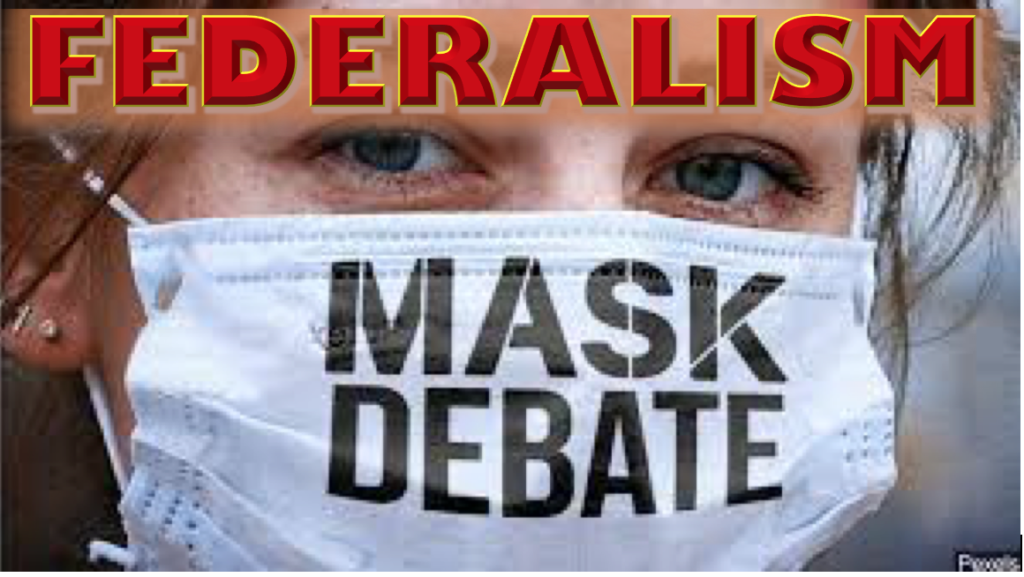 Let’s just imagine a scenario where the 9 provinces of Sri Lanka were given substantial autonomy to make its own decisions but remain within the ambit of what is oft described as a “united Sri Lanka”. Let’s also imagine the present crisis that has enveloped the world causing over 470,665 deaths and affected over 9million people. Containing the spread of the virus has been the only successful method thus far. Let’s now imagine countries that have succeeded in containing the virus & those countries that have failed & probe why they have failed. The lessons to take from this is applicable to many more scenarios and which should clearly show Sri Lanka’s leaders as well as the general public why no form of federalism should be implemented in Sri Lanka.

USA has been the worst hit country with 122,247deaths and over 2million cases. One of the core reasons for the spread and the inability to curtail or contain the spread is that the federal states have their own laws and regulations and the mindset of the people have conformed to that thinking as well. So you have one set of states applying very rigid rules & regulations while another set of States going full liberal in allowing people to behave as they like. Not wearing the mask as a simple and basic requirement has resulted in a major increase in covid-19 and tragic fatalities.

Cases are rising in states that are not wearing masks.

But the crux of the argument is that in one country the varied laws & regulations is impacting on the whole country. In some cases, the politicization of the issue may likely create a bigger crisis.

Just to spite the republican ruling party leader of the country, imagine the opposing democratic party State head declaring that in his State people could do the exact opposite to what the country’s President declares!

Ultimately, the entire state will suffer and has suffered.

Fast forward to Sri Lanka, imagine a scenario if the type of federalism that TNA seeks which is essentially confederalism in nature existed during this corona crisis!

Will TNA head ruling the North wish to listen to the instructions given by the country’s President?

We know the measures and safeguards the Sri Lankan President, the health authorities and the Armed Forces, Police & intelligence agencies have taken to curtail and control the covid-19. What if the Northern Chief Minister rules that the armed forces, police or intelligence will have no role in the North’s covid-19 operations. What if a sudden spike in covid cases arose and the Chief Minister is too obstinate to seek help from the Centre, what if the Northern Chief Minister foolishly invites corona cases from Tamil Nadu to arrive without checking – the whole Northern Province would be made vulnerable by the TNA Northern Chief Minister just to play politics with the Centre. In so doing he is playing with the lives of the people and placing them in grave danger & death. When that happens what will he do, accuse the Centre of neglecting the North, ignoring his pigheaded obstinacy.

We have had 33 years of Provincial Council system brought in as a result of the 13thamendment. The PC’s have been given fund allocations but we can see that most of the development has been from the central government fund rather than the PC fund that has developed the provinces. Is there really any reason to continue with this system? In a small country like Sri Lanka we do not need the confusions and contradictions visibly taking place even in US and India.

The best example of federal hiccups was seen in India during the Mumbai terror attacks. It took a few days for the Centre to get permission from the State administrative apparatus to send in its elite troops to squash the terrorists. The delay resulted in unnecessary loss of life and kept entire populace in fear. Sri Lanka does not need to knowingly invite or walk into the same problems.

We have seen how inept and docile the Chief Ministers of North Sri Lanka have been since 2013 and they have done no magic for the people of the North except shed crocodile tears internationally on what has not been done. What they could have done but didn’t while they had the means to do is never spoken of.

In this present health pandemic, the country has 1 President who is steering the covid-19 operations together with a Task Force and Team comprising heath, public officials, army, police & intelligence and has successfully succeeded in curtailing, containing and controlling the spread of covid-19, shows we do not need 9 autonomous headaches with their laws & rules to worsen and destroy that success.

Even the citizens of US are angered in the manner fellow states opt not to wear masks jeopardizing the whole country & its people by their selfishness.

These are strong reasons why Sri Lanka must rethink whether to continue with the PC system as tied to it, are agendas and divisive programs that would impede Sri Lanka’s growth. Policy planners must wake up to the choke points that would be used by external elements as well as internal traitors and ensure those choke points are eliminated. Federalism is one such copied notion geographically unsuited for Sri Lanka, by a jobless few wanting to plug an ideology to give themselves relevance in politics.

Ideological concepts like federalism are practical chaos is what covid-19 has exposed.

Imagine federalism where even a MASK is debated for months at the cost of 122,247 deaths!