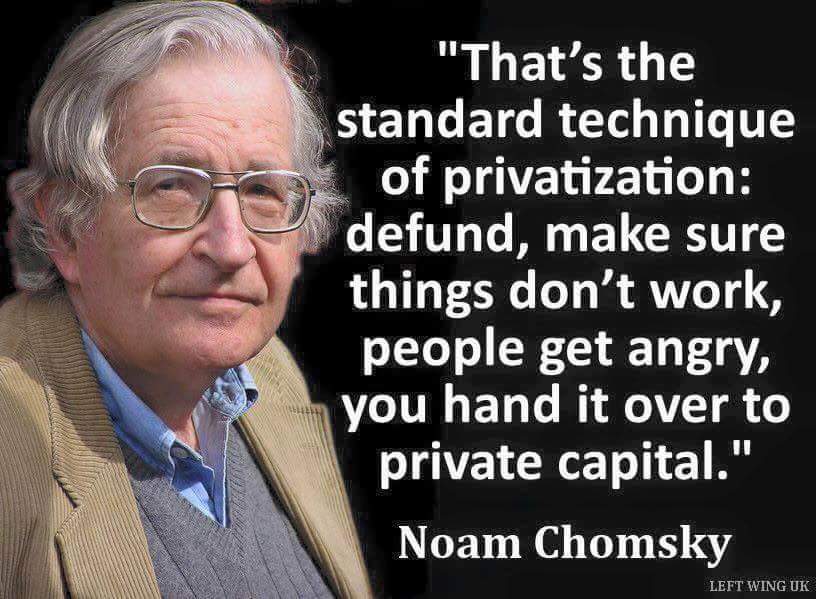 In the name of development Sri Lanka has seen enormous changes. How far development was not planned considering the environment is seen by many environment-related catastrophes across the island. The geopolitical position of Sri Lanka impacts every issue Sri Lanka faces be it local or international. The efforts to control Sri Lanka by any other means & the modus operandi used has to be considered by the government – policy advisors especially the general public. In such a scenario, when local NGOs function as lobbyists for foreign governments canvassing conferences to ‘privatize state enterprises’ it means more than their desire to offer a service to the public. This is why it is important to look at privatization from the perspective of the objective that being transfer of power, goods & services held with a government into the control of private parties (local & foreign). How will this impact geopolitical, internal politics, governance & the people’s sovereignty!

The term privatization cannot mean to simply hand over a state asset to the private sector ignoring the associated outcomes & who would shoulder accountability over them. This is often an issue ignored & sidelined. Ex: privatizing a state asset to a foreign investor who puts profits before people may consider layoffs – when large numbers of people become jobless & without a livelihood – does a government have the power or means to take up their welfare? What happens thereafter?

What is often untold is the ulterior motive behind the quest to privatize. The aim of privatization is to shift not only powers from public to private hands but shift public goods & services as well. The experiment with state-sovereignty appears to be slowly waning & with limited resources the preferred option appears to be to hand control of the limited resources to a limited group of people & away from public access. This ulterior motive is shrouded behind a well-funded campaign, no doubt with some truth that public sector is corrupt & full of waste. Other sugar-coated propaganda include: private sector is efficient & offers quality & greater customer satisfaction.

Keep this thought in mind.

Globally governments have given management of public sector to private entities – electric utilities, prisons, railroads, telephones etc. Privatization is always on top of all economic agendas of developing nations & is a catalyst for international loans.

The initial euphoria over privatization has however waned and contrary to the quality & quantity service the private sector assured to provide, countries are seeing that what was affordable are becoming unaffordable to large segments of the population.

The crux of the issue is actually MANAGEMENT – thus whether it is private or public it does not matter, it is the MANAGEMENT of the resource that matters & if the resources are under Public, then the Govt must be made to manage it properly. Private sector are no magicians. Public sector can & should be able to provide a superior service without political interference & unnecessary bureaucracy. Removal of red-tape should not be to give private sector a carte blanche to do as they like.

When it comes to privatization private entities are unlikely to compromise profits for public interest. The takeaway is that simply transferring from public to private will not necessarily reduce the cost or enhance the quality of service.

Privatization or the sale of public assets to private owners, put simply is the cessation of government programs, contracting out services that was previously by state organizations. Private producers enter markets under public monopolies & private own the monopoly. While state apparatus can be publicly influenced – public have no control once state assets fall into private hands.

The other ignored fact is the need to consider fundamentals of privatization in the economy or its purpose.

In 1987 the Thatcher government sold British Airways, British Telecom & British Gas for $20b. What is the advantage to Britain today? UK’s privatization drive in the 1980s resulted in major social inequalities – creating a wider rich & poor gap. 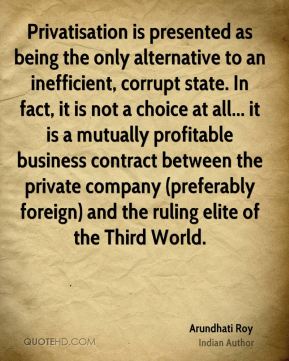 Size also matters – privatization of entities with less employees as against privatization against entities that have large employees will definitely result in issues. What invariably happens is that when government workers begin to reduce, the power of the government also shrinks. When the government’s powers shrinks it subtly becomes irrelevant. This objective is aligned to the new emerging initiative of transferring national governance to corporate hands building the image that political framework is corrupt. Thus, we must view the present initiatives by local parties promoting privatization who are funded by foreign bodies using privatization as phase one of project to remove sovereign powers from the government to transnational companies. With companies interfering and corrupting governance & politicians for their deals, imagine the context when these very companies grab control of the assets?

Essentially simply transferring hands is not enough to make a difference. This is a key factor that people need to wake up to.

A few changes including non-interference by politicians together with monitoring mechanisms as well as remunerations based on targets are ways Public Sector can be motivated to do what privatization claims it can do.

Exactly who wants to transfer ownership, property, business from the government to the private sector & why? To whose advantage is this transfer & who benefits?

What happens when the Govt ceases to be the owner of the state entity & its operations?

Privatization creates wealth – but for whom? Is it the country or is it the parties that own it?

What entities should the govt open up to competition that benefits the market & consumer?

Why can’t the govt channel excess staff to more profit-oriented ventures given the need to raise Sri Lanka’s revenue. Foreign investors can be transferred these access public staff who would have to work with new targets & challenges.

Contrary to what is commonly promoted – private sector is more corrupt than public sector. Their corruptions are less transparent. Not many wish to highlight the private monopolies that emerge. Who regulates the monopoly power? The Government eventually has to intervene but at what cost? Once in private hands, is there price control? Flour monopoly of Sri Lanka is a good example. The prices are never reduced even on humanitarian grounds.

Privatizing essential services means the public has to pay as a taxpayer & for service offered. Look at your phone bill – the add on’s are far more than the calls you make!

Profits of the privatized state entity will be shared with shareholders not reinvested for public. Every additional service has a price.

The most undebated fact is that private companies are not accountable to the people. Individuals may take a company to court – but what is the price he/she has to pay for lawyers while the corporate lawyers have ways and means to win.

Companies are not subject to Freedom of Information – all agreements cover their confidentiality. What companies promise the government behind closed doors for contracts is never disclosed. Look at the private schools – how many were human enough to consider the financial status of parents unable to afford school fees. Imagine if all schools were privatized – how many of the poor would have to give up schooling because their parents could not pay their fees. Transport is another sector, privatization of public transport means the private bus operators dictate the price and decide to ply or not if price hikes are refused. They can also cherry pick busy areas that provide bigger profits & reduce areas where profits are few. In such a scenario where does that leave the general public?

Private monopolies are worse than state monopolies in particular when all essentials fall under private control. The power as a citizen is rarely democratically available. This is an area that people must give thought to prior to parroting privatization simply because of their anger with politicians.

While people can hold a government accountable, the same cannot be said of multiple private companies foreign & local who are tasked to deliver public services. In such a scenario it creates a fragmented system where people end up having to ‘grin & bear’ what they had opted for.

The ethics of private companies can also be factored in via the manner outsourcing contract companies demand huge amounts for any changes or improvements requested by the government. These extras are all piled on the public. Lands that are privatized often end up exclusive zones out of bounds for public. This with time limits the freedom that public have to move in their own land of birth. Let us also not forget how failed private companies end up footing the bill on the public to get back on its feet.

These are some areas that people need to consider without getting caught to the bandwagon that are paid by their foreign funding bodies to promote privatization of Sri Lanka.