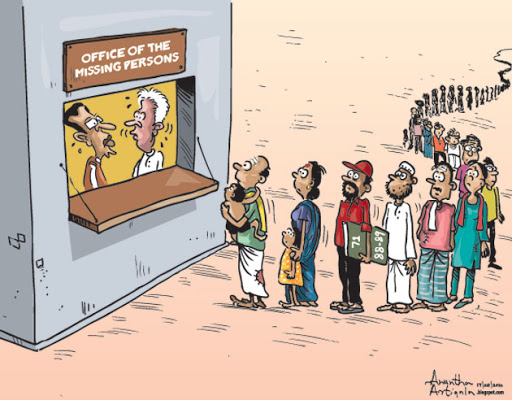 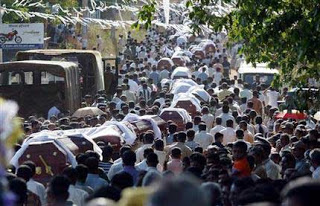 Sri Lankan tax payers will not agree to paying a single cent to LTTE dead or LTTE families. Let’s be very clear about this.

LTTE killed many an innocent unarmed civilian who had done them no harm. Many of those who survived are injured for life and cannot even make a living on their own. They have been neglected by their families as their families cannot look after them in view of the poverty they suffer. These victims and their grievances must take precedence over feeling any sympathy for LTTE murderers & their families. No State can agree to compensating LTTE terrorists when LTTE remains banned in Sri Lanka completely forgetting what LTTE did.

We are willing to let bygones be bygones and move on and even allow rehabilitated LTTE to begin a new life but we are not in agreement for our tax money to be given to any LTTE dead or LTTE family as compensation.

The LTTE diaspora is holding a kitty that is full of money from illegal and legal international ventures. The LTTE made annual profits of $300million which must have trebled by now since they do not have to purchase arms, ammunition or maintain combatants. GoSL must canvass among foreign governments and seal these funding and transfer that to ill-gotten money to maintain victims on both sides who suffered because of LTTE rather than pass on the burden to the already suffering tax payers of Sri Lanka.

GoSL – do not move a cent of tax payers money to compensate a single LTTE dead or their families.

The liberals and NGOs and their foreign partners whose love for LTTE dead and their families oozes out 24×7 are welcome to use their personal fund to compensate the LTTE dead and their families given that many locals and foreigners had a lucrative job because LTTE existed and were able to travel around the world holding terrorist tamashas, conflict-resolution workshops and enjoy 5-star hotel stays. So naturally, they are indebted to the LTTE for what they enjoyed while LTTE thrived. So they can return the favor by looking after the LTTE dead families & compensating from their own funds.

We demand to know the names of anyone claimed LTTE dead as a civilian – that is completely prohibited by international law. LTTE has violated Rule 1: THE PRINCIPLE OF DISTINCTION: DISTINCTION BETWEEN CIVILIANS AND COMBATANTS which binds LTTE “The parties to the conflict must at all times distinguish between civilians and combatants. Attacks may only be directed against combatants. Attacks must not be directed against civilians”

LTTE fired keeping civilians amongst them and LTTE did not allow civilians to flee to safety while shooting dead the civilians that did so. LTTE had an armed civilian combat unit and any person belonging to this unit who died cannot claim to be a ‘civilian’.

So what we want answered is – who among the Tamils killed were LTTE / LTTE civilian force & 100% civilian not having taken part in any hostilities whatsoever.

Can UNHRC / OISL / UN rapporteurs / diplomats / NGO and INGOs answer this simple question. Unless they can answer this NONE OF THEM can accuse Sri Lanka’s Armed Forces of committing ANY WAR CRIMES whatsoever.

The UN and media reports end with the most preposterous assumption negating statements by GoSL & Sri Lankan Armed Forces claiming that since independent media/humanitarian activist presence was not available details cannot be verified. Oh yeah sure, LTTE who did not allow its own people to flee and who does not think twice about killing or keeping anyone hostage or as a human shield will allow media and NGOs to take down notes and validate how they are firing at the army from civilian presence! This is too hysterical to even imagine!

For 10 years we have been taken around the mulberry bush by the UN, INGOs, NGOs, human rights organizations and diplomats. All of them love to read fancy speeches but none of them have plucked even 20 skeletons from the war zone to claim mass murder or war crimes committed by the Sri Lankan Armed Forces to the tune of 40,000 which is the basis of war crimes allegations. While they sit on their mighty armchairs refusing to accept the UN Country Team report giving 7721 dead, the GoSL survey at end of conflict claiming 7400 dead or population survey done by Tamil Teachers in July 2011 revealing 7896 dead they cannot other than pluck figures from the sky validate even 10,000 dead with names.

The Sri Lankan Armed Forces have been humiliated enough throughout these 10 years. These lies and fabrications against them must stop or produce every name and detail of the supposed to be dead 40,000!